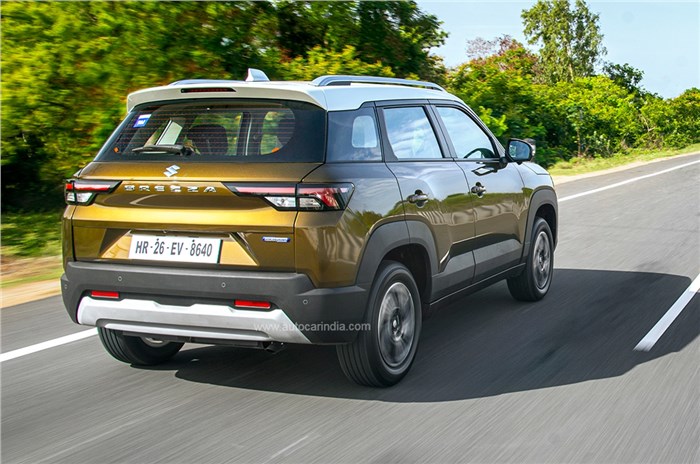 Based on our real-world tests, here’s a look at the Maruti Brezza’s fuel efficiency figures.

Maruti has deployed a new-generation 1.5-litre petrol engine, codenamed K15C, to power the Brezza, which underwent a significant update in 2022. With an ARAI-claimed fuel economy figure of 19.89kpl, this new engine paired to a manual transmission is said to be far more efficient than the outgoing K15B engine. But how does it perform in the real world? We put it through our instrumented fuel efficiency tests to find out.

What is the real-world efficiency of the Maruti Brezza?

On account of added safety and features, the 2022 Brezza weighs 60kg more than the outgoing version, tipping the scales at 1,190kg. Power and torque figures at 103hp and 137Nm are marginally lesser than the K15B engine, and Maruti hasn’t changed the 5-speed manual’s gear ratios either. What’s new is the ‘smart hybrid’ system for the manual, which was earlier limited to the automatic version only, so the Brezza gets automatic engine stop-start and electric torque assist.

In our instrumented real-world tests, the Brezza petrol MT returned 10.47kpl and 15.89kpl in the city and on the highway respectively. While we haven’t had a chance to test the Brezza automatic, we’ve tested the Maruti Suzuki XL6 with which it shares its powertrain, and with the MPV, we achieved 9.02kpl and 17.01kpl in our test cycles. 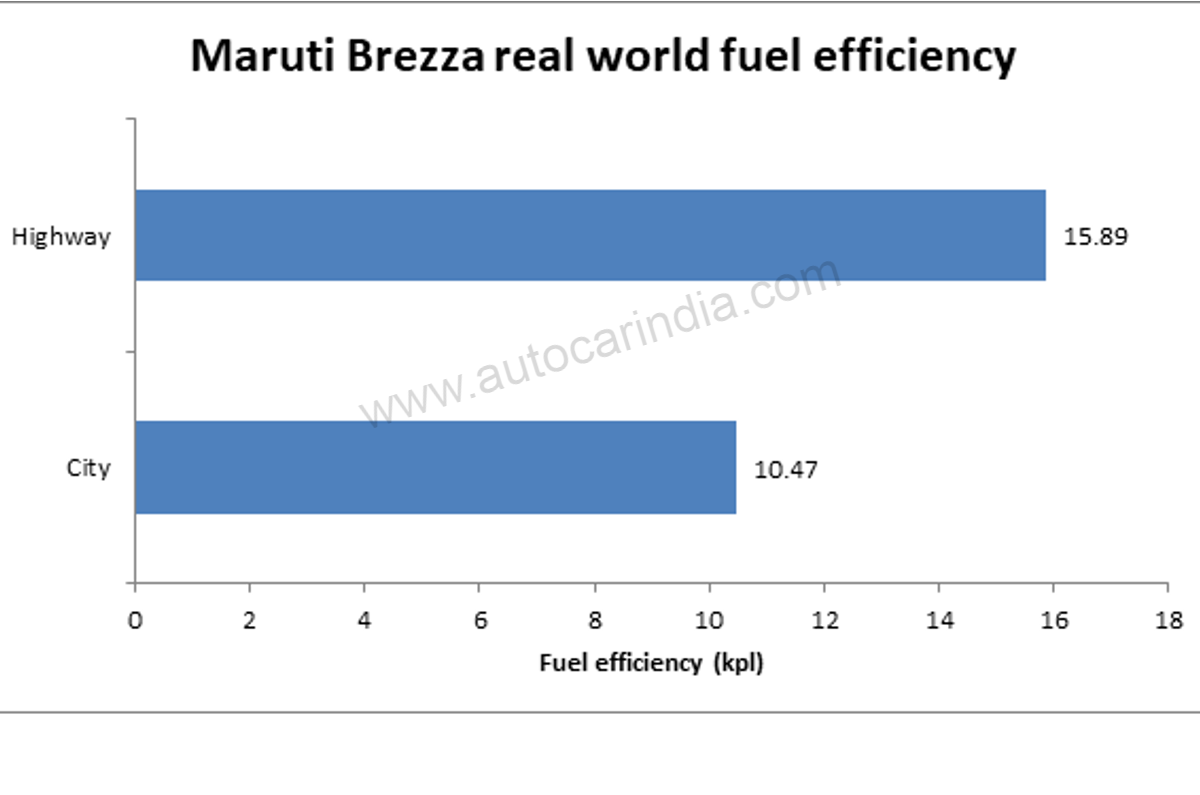 As mentioned above, the Brezza manual now features the ‘smart hybrid’ system, which includes automatic engine stop-start as well as torque assist to aid performance and boost efficiency. However, a peculiarity of this system is its aggressive brake energy regeneration, so when you lift your leg off the accelerator pedal, it decelerates rather rapidly, which doesn’t allow you to coast. And so, the driver needs to be on-throttle to maintain momentum (thereby consuming fuel).

Also, since the Brezza’s throttle response has been dulled, you’d often end up accelerating more than usual to keep up with traffic; which further takes a toll on its efficiency. Lastly, on the open road, the engine spins at a rather high 3,000rpm in top gear at 100kph since its manual is a five-speeder rather than a six-speeder, which its competitors get. As a result, the Brezza’s efficiency isn’t anything to write home about.

Before our real-world fuel efficiency test, we fill the tanks of our test cars to the brim and maintain tyre pressures based on the manufacturer’s recommendation. These cars are driven in fixed city and highway loops, and we maintain certain average speeds. Throughout our test, there is only one person in each car, running the air con and other electricals like the audio system, indicators and wipers when required, just like how regular users would. Periodic driver swaps further neutralise variations in driver patterns. At the end of each cycle, we calculate efficiency by filling them up to the brim again.