5 signs of iron deficiency in your skin, hair and nails | Health 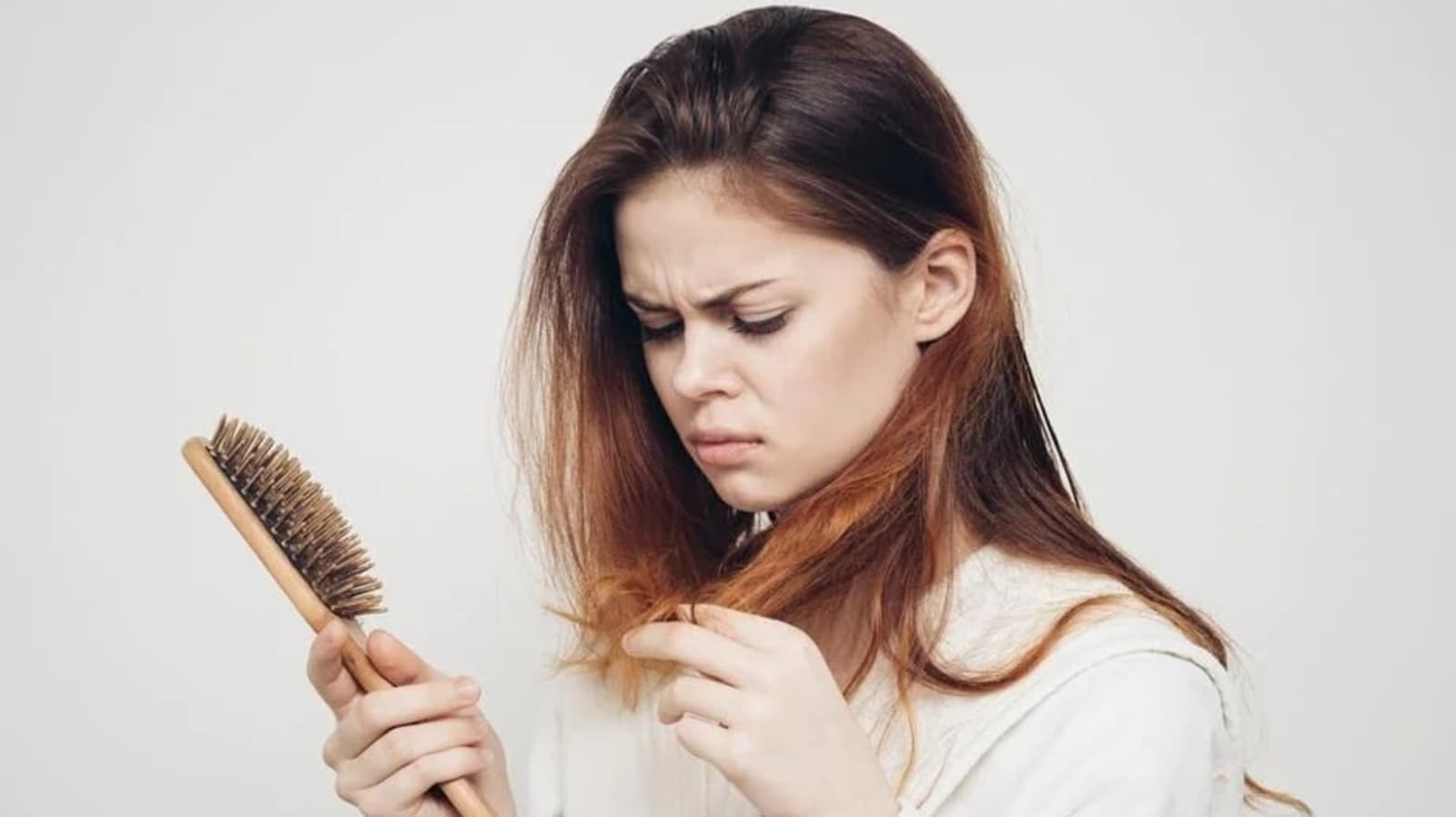 Iron deficiency can manifest in different parts of the body and the tell-tale signs are usually visible in your skin, hair and nails. Iron, an important dietary mineral has many functions in the growth and development of the body. One of vital roles is production of haemoglobin, a protein in red blood cells that carries oxygen from lungs to all parts of the body to make myoglobin that carries oxygen to the muscles and is also required to make some hormones. When one is low in iron, they feel fatigue, weakness, chest pain, cold hands, and pain or soreness in tongue. (Also read: Manage iron deficiency: Tips to prevent Anaemia before, during, after pregnancy)

Iron deficiency occurs when the body does not have sufficient iron to carry out its tasks. It is a common condition seen more in women than men. Pregnant women may be at a higher risk of iron deficiency and around 50 percent of women are deficient in iron during pregnancy.

“There are several reasons for iron deficiency. The most common is lack of iron in diet others being the body does not absorb enough iron from your diet and blood loss. Deficiency of iron causes several symptoms, the most obvious signs include weakness, a faster-than-normal heartbeat, pain in your tongue among others,” says Dr Amit Bangia, Associate Director – Dermatology, Asian Hospital Faridabad.

It is normal to lose some strands of hair in a day, however, if you notice excess hair in your brush or on your pillow it could be a sign that something is not right. Dry and damaged hair could be a sign of iron deficiency. When your body is deficient in iron, it lowers the level of haemoglobin in your blood causing the hair cells to receive less oxygen affecting hair growth. When skin and hair fail to receive adequate amount of oxygen, they become dry and weak.

Iron plays a vital role in producing haemoglobin, a protein that carries oxygen to all parts of the body. When the body is deficient in iron, it becomes harder to transport oxygen to the cells that stimulate the growth of your nails and hair. This causes your hair to become thin and fall out. Research suggests that hair loss associated with iron deficiency may be a cause mainly in females of reproductive age.

Hair loss caused by iron deficiency resembles that of hormonal hair loss, meaning you notice hair falling out around the hairline, crown and the middle of your head. With severe iron deficiency, hair loss could become more and you may notice more of your scalp when your hair is wet or when you are standing in a brightly lit place.

The blood gets its red colour from the haemoglobin in the red blood cells. So, when the body is deficient in iron, it makes the blood less red and this causes the skin to look paler than usual or lose its warmth.

Brittle or spoon-shaped fingernails called koilonychia is a relatively less common symptom of iron deficiency. Usually, it begins as brittle nails that crack and chip easily. In later stages, when iron deficiency continues untreated for long, it may lead to spoon shaped nails – meaning they form a curve with a dip in the middle and edges raise to give it a rounded spoon shaped appearance. However, it is a rare symptom and is seen only in severe cases of iron deficiency.