A big breakfast can help curb hunger later in the day, study says 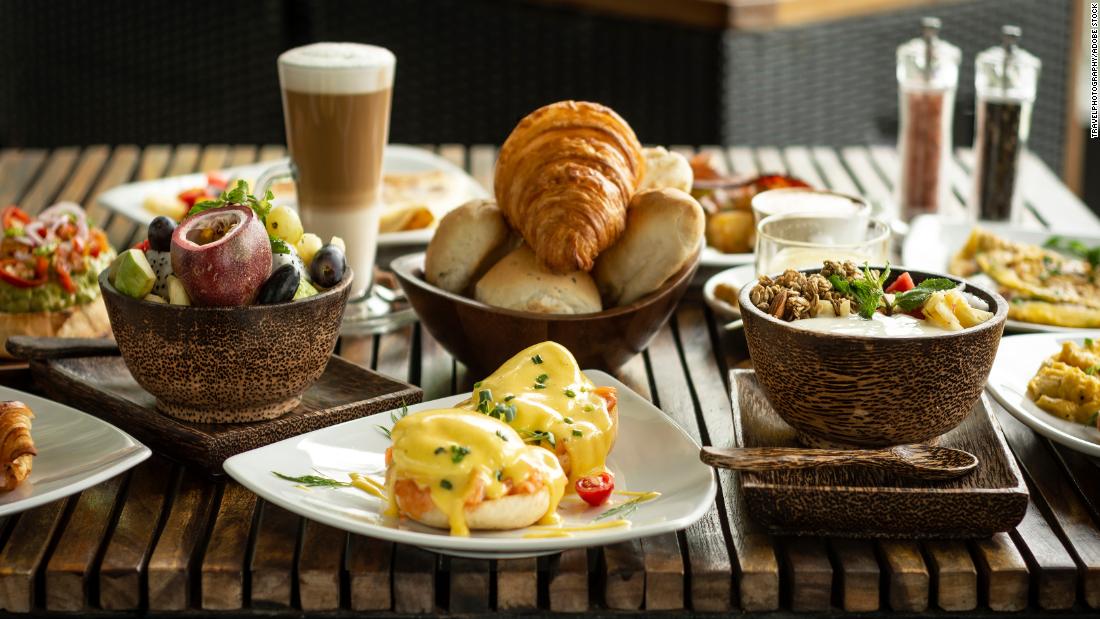 Yet eating a big breakfast instead of a larger meal later in the day did not impact weight loss, according to a new clinical trial that compared people eating most of their daily calories at breakfast with those eating the most at dinner.

“With calories either morning-loaded or evening-loaded, the researchers found nearly identical weight loss,” said Katz, who was not involved in the study. In addition, “any magical effects” of early eating on the body’s metabolism were debunked, he said, describing the research as “extremely rigorous.”

The study, published Friday in the journal Cell Metabolism, was a randomized “crossover” trial. Thirty overweight or obese yet otherwise healthy people spent four weeks eating 45% of their assigned calories in the morning meal, 35% at lunch and 20% at dinner. The same group then switched to four weeks when the evening meal was highest in calories: 20% in the morning, 35% at lunch and 45% for dinner.

“Participants were provided with all their meals for eight weeks,” study co-author Alexandra Johnstone, a professor of medicine at the Rowett Institute at the University of Aberdeen in Scotland, said in a statement, “and their energy expenditure and body composition monitored for changes.”

There was some good news for hearty breakfast eaters, however. If being hungry all the time is your downfall, eating big in the morning could help curb your appetite, the study found.

“We know that appetite control is important to achieve weight loss, and our study suggests that those consuming the most calories in the morning felt less hungry, in contrast to when they consumed more calories in the evening period,” said Johnstone.

“While disputing the claims for ‘metabolic’ advantages of early-in-the-day-calories, this paper does establish a plausible alternative: a potential weight loss advantage … via enhanced satiety and less hunger,” Katz said.

A body’s metabolic rate is determined by how quickly (or slowly) it turns calories into energy. To lose weight, the body must expend more energy than the calories consumed. “The more active you are, the more calories you burn,” according to the Mayo Clinic.

Aerobic exercise is the most efficient way to burn calories, but strength training is also important, experts say. That’s because muscle burns more calories than fat, both at rest and while exercising.

Earlier research, conducted with larger groups of people over longer periods of time, has found people who load up on calories in the morning do lose weight. It’s possible that eight weeks was not long enough for weight loss to be seen in the new research, the study’s authors said, or that other studies may not have measured body composition and energy expenditure in the same way.

Regardless, the new research results should not be used to “refute the importance of breakfast for the hungry, nor does it address the role of ‘having’ versus ‘skipping’ breakfast on weight,” Katz said.

It simply suggests that eating more calories at breakfast and fewer at dinner “may favor less hunger, more satiety during weight loss,” he said, assuming the meals are nutritionally the same.

Share
Facebook
Twitter
Pinterest
WhatsApp
Previous article
Commentary: Queen Elizabeth lived nearly a century. The most striking image of her for me is from this year
Next article
A step by step guide to the game.