‘A nation that will not be coerced’: Jaishankar emphasises India’s response to China on border dispute | India News 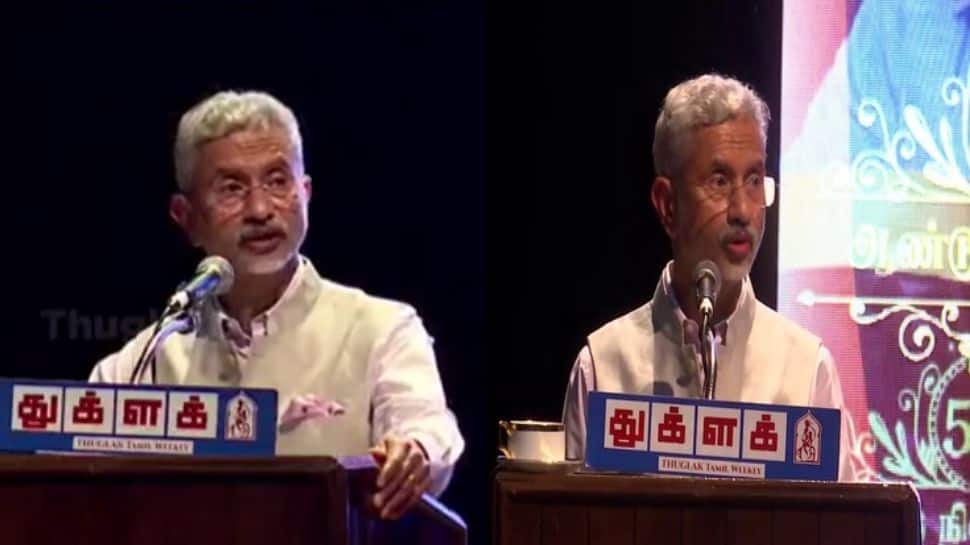 New Delhi: India’s External Affairs Minister S. Jaishankar, on Saturday, emphasized the country’s “strong and firm” counter-response to China’s attempts to change the status quo on the Line of Actual Control (LAC) during a speech at an event celebrating the 53rd anniversary of Thuglak magazine. He said, “On the Northern borders, China is seeking to change the status quo by bringing large forces, violating our agreements. Despite Covid, remember, this happened in May 2020. Our counter-response was strong and firm.”

When our national security has been challenged, we have stood our ground, says EAM Jaishankar at Tughlaq’s 53rd Annual Day Function in Chennai. pic.twitter.com/mpG33mlqxp
— Sidhant Sibal (@sidhant) January 15, 2023

Also Read: ‘They attacked our Parliament, Mumbai’: S Jaishankar on why Pakistan is ‘epicentre of terrorism’

Delighted to address the 53rd Anniversary Day of Thuglak magazine. Thank @sgurumurthy ji for the invitation.

Spoke on  reasons why India matters to the world.

What India is saying, doing and shaping is a powerful reason why it matters.

This is not the first time Jaishankar has spoken out against China’s attempts to change the LAC. In a recent interview with the Austrian ZIB2 podcast, a daily news magazine of ORF television, he said, “We had an agreement not to unilaterally change the LAC, which they have tried to unilaterally do. So there is, I think, an issue, a perception that we have which derives directly from our experiences.”

Recently, India and China held the 17th Round of Corps Commanders Level Meeting where both sides agreed to maintain security and stability on the ground in the western sector. The External Affairs Minister also touched upon India’s success in dealing with the Covid-19 pandemic, highlighting the country’s emergence as a “successful producer and as well as the inventor of vaccines.”