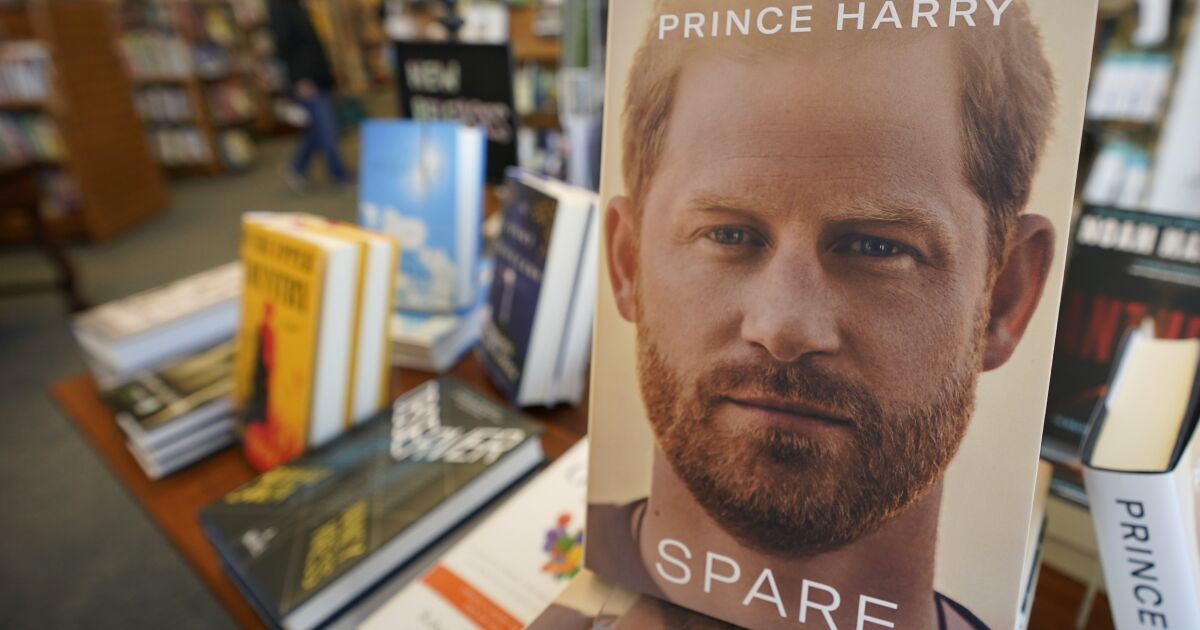 As if being considered a “spare” child isn’t insulting enough, here are some other ways Prince Harry describes his family’s view of him in his new memoir: “The shadow.” “The support.” “A nullity.”

He saves his venom, though, for the insatiable paparazzi who have made his entire life a hellish game of cat and mouse: They are, he writes, “like ants,” “wild dogs,” “a pack of monsters,” “grotesque people,” “clinically diagnosable sadists.”

Given the tension between his subordinate status in the Windsor hierarchy, the family’s emotional froideur, and the unhealthy symbiotic relationship between royals and media (which contributed to the tragic death of his mother, Princess Diana, when he was 12), it almost seems inevitable that Harry would make an existential break for it, especially after the hideous way the U.K. press treated Meghan Markle, the biracial American actress he’d brought into the family fold. (“Harry’s girl,” blared the Daily Mail, “is (almost) straight outta Compton.”)

Although he couldn’t have anything approaching a normal life and had suffered a grievous loss, his status meant he could try to salve his wounds in ways the rest of us couldn’t.

He skips the line to become an Apache helicopter pilot, then has to be extracted from Afghanistan when the Taliban learns of his location. He treks to the North Pole and the South Pole with wounded warriors and gets a frostbitten penis along the way. He makes Botswana his home-away-from-home, finds a loving second “family” there and pops in when he needs to recharge. He takes an HIV test with Rihanna as a public service, runs a footrace with Usain Bolt in Jamaica. When he and Meghan are besieged, Elton John and Tyler Perry each offer their homes as refuges.

By law, he was told, he needed the queen’s permission to marry. And while his father approved of, or at least accepted, his union with Meghan, he could not seem to obtain the imprimatur of Willy, Prince William, his older brother and the future king, who is portrayed as alternately loving and antagonistic, supportive and imperious.

“He’d actually been pretty discouraging about my even dating Meg,” writes Harry about William. “One day, sitting together in his garden, he’d predicted a host of difficulties I could expect if I hooked up with an ‘American actress,’ a phrase he always managed to make sound like ‘convicted felon.’ ”

Of course, William was right; there were, and still are, a host of well-publicized difficulties. (Will they be invited to his father’s coronation in May?)

Harry seems continually taken aback that his brother feels any sort of rivalry with him, as if William’s higher status should make him immune from a universal family dynamic. He’s surprised that William, forced to shave his beard to marry Kate, is outraged that Harry has received permission from “Granny” to keep his facial hair.

“You put her in an uncomfortable position, Harold,” said William, using his nickname for Harry. “She had no choice but to say yes!”

Harry says William was also furious that his younger brother planned to expand his charitable work to a conservation issue William was passionate about. “I let you have veterans,” says William. “Why can’t you let me have African elephants and rhinos?”

We’ll probably never hear the other side, at least not directly, because the royal family and its courtiers deal in anonymous leaks, planted stories and plausible denials as they struggle to look good while appearing above the fray.

Harry, it turns out, is the fray.

As he tells friends who were dismayed by his sit-down last year with Oprah Winfrey.

“I failed to see how speaking to Oprah was any different from what my family and their staffs, had done for decades — briefing press on the sly, planting stories. … We chose an interviewer who was above reproach. … We let people see the words coming out of our mouths.”

“Spare” is not exactly the book it’s been portrayed to be.

Yes, there’s plenty of score-settling. But it’s nuanced. His father may have been emotionally detached and consumed with his own once-thwarted love life, but he unfailingly calls his second son “darling boy,” urges him to ignore bad press and is exceedingly kind to Harry after his famous gaffes — dressing as a Nazi, playing strip poker in Vegas, unwittingly using the racial slur “Paki.” (“I thought it was like Aussie,” writes a chagrined Harry. “Harmless.”)

Harry says he is happy his father could finally be with the woman he loves, but accuses Camilla, now the queen consort, of doling out negative information about him to the press in exchange for kinder treatment of her own son.

Sister-in-law Kate, whom he adored, demanded an apology, he says, after Meghan made a light-hearted comment about “baby brain” to the post-partum duchess. (“We’re not close enough for you to talk about my hormones!” Kate reportedly said.)

Ultimately, though, “Spare” is the story of a traumatized kid, trapped in a golden cage, who deeply loves and is deeply disappointed by his family, who liberates himself through grueling military service and good works, marriage, fatherhood and, ultimately, a relinquishment of royal life.

Oh, and therapy. Lots of therapy. And psychedelics. And meditation.

“Special thanks to my U.K. therapist for helping unravel years of unresolved trauma,” he writes in the acknowledgements.

“Do you think I have an addictive personality?” he recounts asking her, after sharing tales of his drug and alcohol use, of which there has been plenty. No, she says, she does not think he’s an addict. At least not a drug addict.

“If there was one thing to which I did seem undeniably addicted, however, it was the press,” he writes. “Reading it, raging at it, she said, these were obvious compulsions.”

You have to appreciate the self-awareness.

And not just Harry’s.

After he tells Charles about anxiety and panic attacks that have worsened after his military service, Charles responds, “I supposed it’s my fault. I should’ve got you the help you needed years ago.”

Would things really have turned out differently if he had?

A gas stove ban wouldn’t be such a bad idea