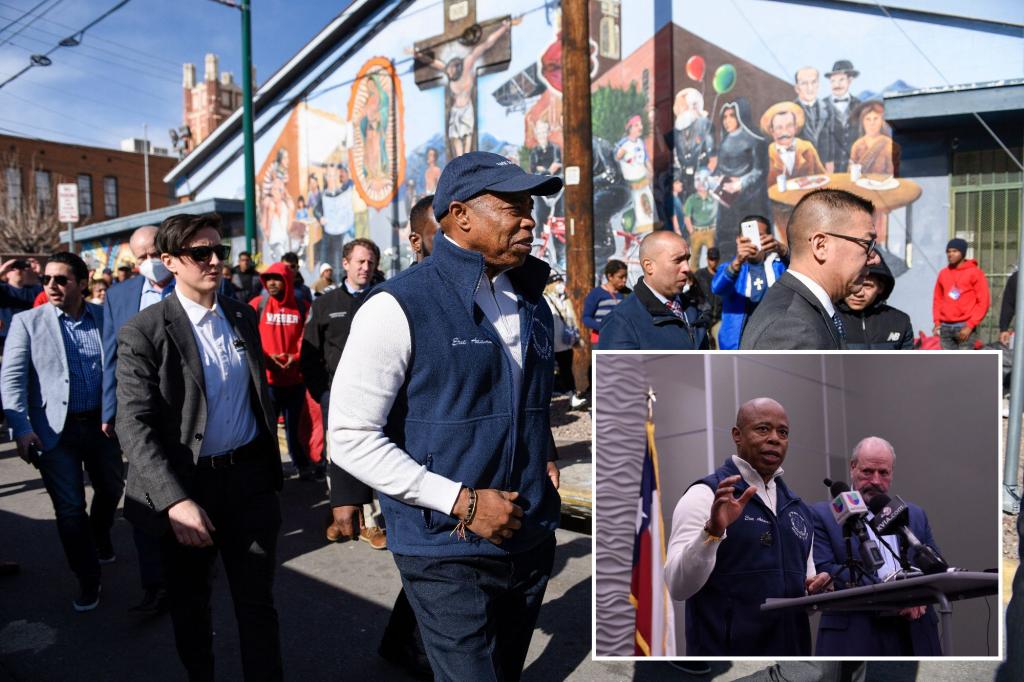 Mayor Eric Adams is doing what no other liberal Democrat dares: telling the truth about the situation at the southern US border: “Why isn’t this considered a disaster? This is a crisis,” Adams told The Post after returning from El Paso.

Not that he wasn’t pretty clear at the border: “This is a national emergency and crisis that must be addressed,” the mayor announced in El Paso, with Mayor Oscar Leeser at his side.

Down in Texas, he also tried to warn migrants that New York City won’t be as welcoming as they’ve been hearing, citing “websites that are advertising that [in] New York City . . . basically the streets are paved with gold. That there’s automatic employment, that you’re automatically going to be living in a hotel,” when the hotels are full so they’d “be living in congregate settings” and can’t work legally here, either.

One hard truth he’s not confronting is that Gotham is more welcoming than most of America, and it’s not just the sanctuary policies that shield illegal immigrants from any federal attention: The city offers a “right to shelter” near-unique in the country, and it’s been feeding migrants as well as enrolling their kids in its schools and offering complete, free health care — not just the emergency care that any hospital must provide.

Adams had estimated that handling 20,000 or so migrants will cost the city $1 billion year; with the number now 40,000, he’s talking $2 billion. If their numbers keep doubling (as they easily could), and the feds and state still refuse to help out, no rainy-day fund will cover the expense.

At some point, City Hall is going to have to rethink how much aid it’s providing — and even look at dropping that right to shelter, which does a lot more to enrich a host of politically connected nonprofits than to reduce homelessness. The “right” was created in a legal settlement decades ago under Mayor Ed Koch, in a case where no one imagined a president would be waving in millions of illegal migrants who simply say they intend to claim asylum.

Heck, eventually the city needs to look at turning the buses back, or refusing to let them unload. Saying there’s “no more room” doesn’t mean much if you’re not willing to back it up with action.

Nor is Adams questioning President Joe Biden’s decision to apply immigration law in this way, when the relevant statutes say nothing of the kind. The mayor simply cites the need for “comprehensive immigration reform,” which (if it follows the lines Biden and Democrats generally want) would mainly just legalize the movement of millions a year.

Whereas the reality is that nearly all these people are simply coming to America in hopes of a better life, not to flee any particular persecution back home. The “asylum” ruse is simply an invention of ideologues, a loophole that under Biden is letting these migrants jump the line ahead of the immigrants the nation would rather have.

By going to the border (for real, unlike the president’s photo-op drop-by) and calling out the injustice of the administration’s “every city on its own” policy, Adams is doing far more than Biden, Gov. Hochul or any other Democratic leader.

But while calling out the “disaster” is a good start, it’s a long way from a solution, for New York City or the nation.