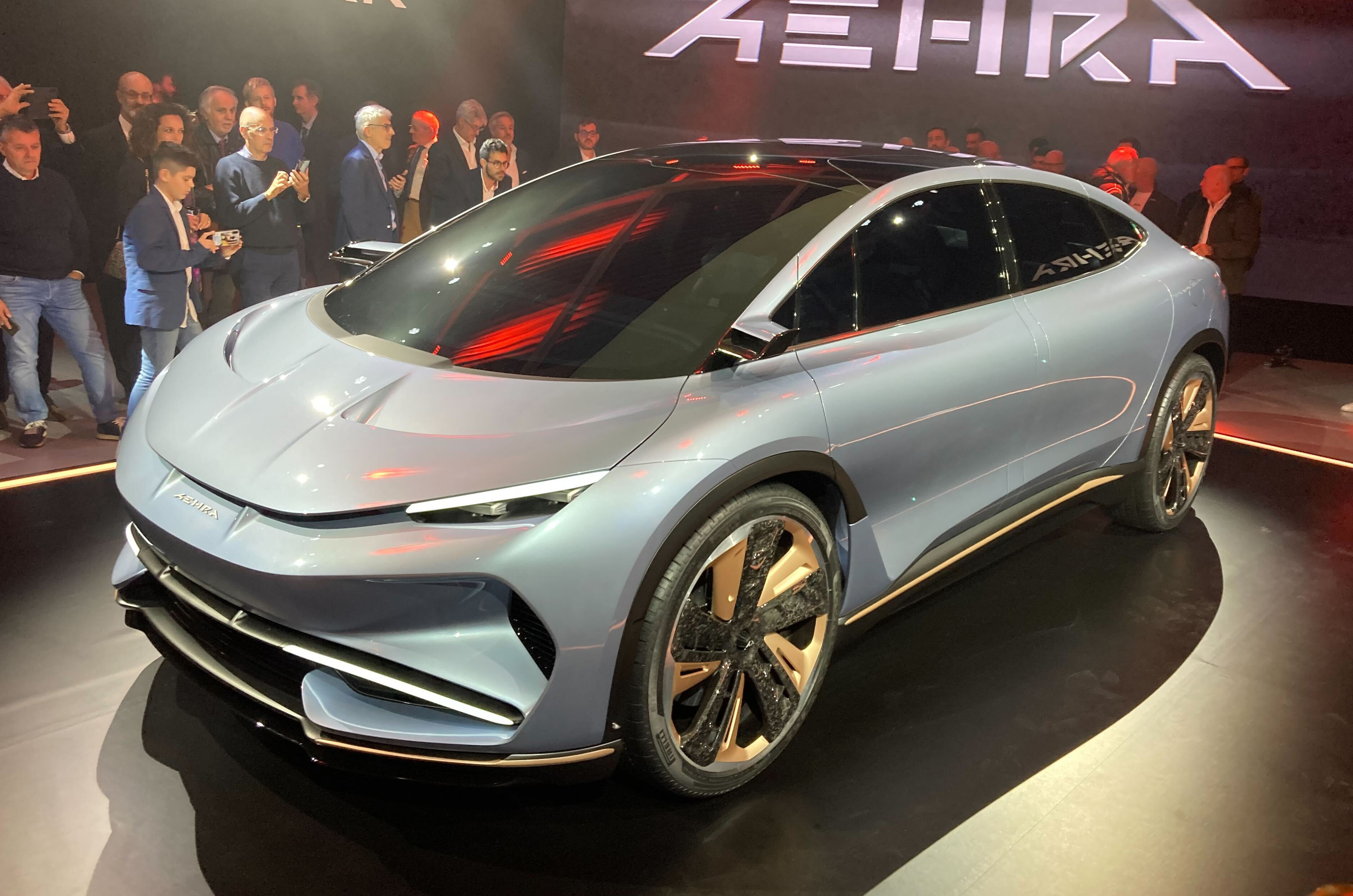 The SUV gets unique features, too, including four upward-opening scissor doors and motorsport-inspired wingmirror cameras. It is also fitted with active aero front and rear.

A sound to accompany the EV, normally pumped through the interior speakers – such as when accelerating the BMW iX, are “an open discussion”, head of design Alessandro Serra said, although he added: “We do not need to [add] any sound.”

Nada confirmed that final figures and design for the production car depend on “ongoing partnership talks” with suppliers, but confirmed at least “95%” of the show car will make the road-going model.

The interior of the car, which will be revealed in the coming months, will be bigger than competitors, Nada said, with a “lounge-type set-up” and a “supremely comfortable” environment. The SUV itself will be able to seat five adults all over six-foot tall “comfortably”. The car measures 5.10m in length.

Nada said: “The SUV ushers in a new era of EV style and sophistication.”

First customer deliveries will begin in 2025, along with a saloon (due to be revealed in April), which will use broadly the same platform.

Aehra says it will produce up to 25,000 units of each model per year.