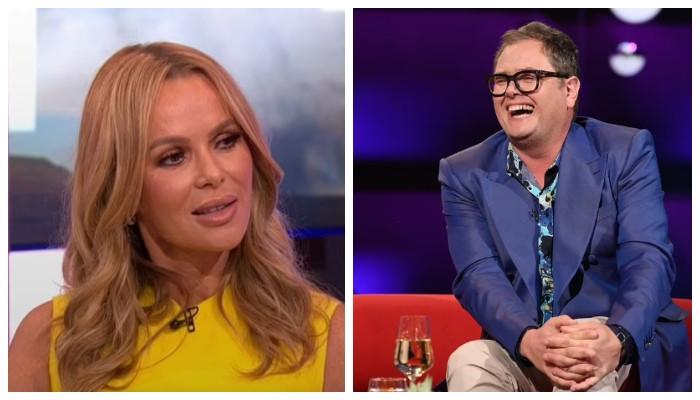 Amanda Holden stayed humble regarding the controversy around David Walliams in her recent interview on The One Show on Friday.

Appearing to talk about the renovation show The Italian Job with the comedian, host Ronan Keating quizzed the Heart FM radio host, 51, if her pal Alan Carr was joining Britain’s Got Talent judging panel as David Walliams’

Earlier this week, the Daily Mail revealed Alan, 46, will replace David, who left the show after his vile off-camera remarks about two contestants were revealed.

Ronan asked: ‘Now there’s lots of rumours at the moment about Britain’s Got Talent at the moment, will it be Alan?’

To which Amanda replied: ‘Well, watch this space. That’s the top line.’

The Daily Mail revealed, Alan, best known for his Channel 4 chat show Alan Carr: Chatty Man, was handed the role after the reality show’s bosses decided that he would be perfect alongside Simon Cowell, Amanda, and Alesha Dixon.

It comes after David left the ITV show following recordings made public of him making vile sexual remarks about two contestants during auditions in January 2020.