American lies, fear and violence through a war correspondent’s eyes 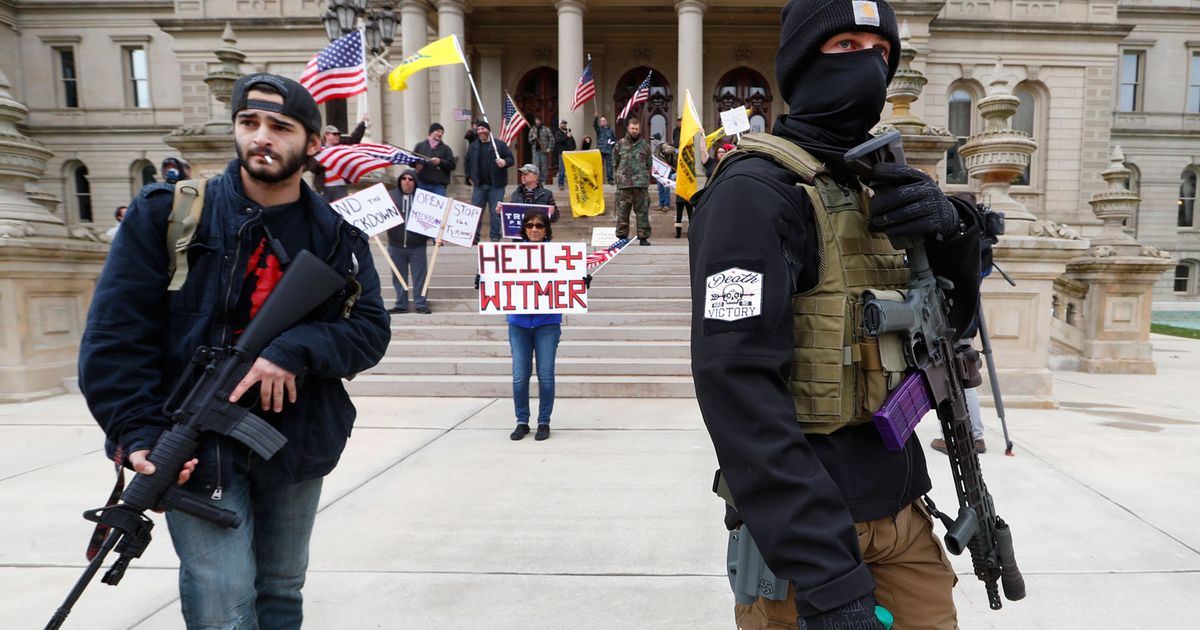 Luke Mogelson is a journalist for The New Yorker who has reported from some of the world’s most harrowing and unlucky places, including Afghanistan, Iraq, Syria and Liberia. Before he returned to the United States in 2020 to cover our political convulsions, he hadn’t spent more than a few consecutive months in his native country in almost a decade.

Living in Paris in the spring of 2020, during the early months of the pandemic, he was jarred by photos of armed lockdown protesters in Michigan. “The images of men in desert camo, flak jackets and ammo vests, carrying military-style carbines through American cities, portrayed a country I no longer recognized,” he writes in his new book, “The Storm Is Here: An American Crucible.”

So Mogelson flew back to the United States, where he reported on months of turmoil leading up to the Jan. 6 insurrection. “I had never doubted that the U.S., under the wrong circumstances, could succumb to spiraling cycles of violence as intractable as any I’d seen abroad,” he writes. “But what were those circumstances?”

It’s a haunting question. There’s a roiling debate about how close America is to the precipice of widespread civil conflict. Recent books have warned that civil war could be near. Others find such apprehensions overwrought; my colleague Ross Douthat challenged the idea that there are “a large number of Americans willing to put their lives, not just their Twitter rhetoric, on the line for the causes that currently divide our country.”

I wanted to know whether Mogelson, who has witnessed real war, sees auguries of it here. The answer is complicated. At one point he writes, “Increasing talk on both the left and the right about the possibility of civil war left me somewhat bemused.” At the same time, he draws trenchant comparisons between the Islamic State group in Syria and certain parts of the American right. And he recognizes something familiar in the growing sense among Americans of many different political persuasions that their government can’t protect them.

“This breakdown of confidence in sources of stability long taken for granted intimated the kind of social fracturing I’d covered overseas,” he writes.

When I spoke to Mogelson, he said that an important thing separating the United States from the war-ravaged countries he’s worked in is the phantasmagorical nature of the American far right’s complaints.

“Every civil conflict that I’ve covered has been rooted in real injury and grievance,” he said. “In Iraq, for example, I was spending time with soldiers who had the scars to prove their suffering at the hands of the people they were fighting against.”

In America, by contrast, the right’s enemies tend to be either wild exaggerations or outright fantasies — antifa supersoldiers, totalitarian globalists, satanic pedophiles. “Whether or not the very real fear of these very unreal threats would be enough to sustain a hot conflict and people killing and dying for those projections of their own paranoias, I don’t know,” he said. “I’ve never seen that.”

Of course, conspiracy theories, demonization and apocalyptic terrors are part of many wars. The Islamic State radicalized plenty of people online, recruiting them to its so-called caliphate even if they had no material beef with the Iraqi or Syrian regimes. Indeed, said Mogelson, some of the most sadistic violence perpetrated during the Islamic State’s reign was committed by Western jihadis. Still, he emphasizes, most Islamic State fighters were Syrians or Iraqis who’d suffered and been hardened by civil war before they aligned with the terrorist faction.

“There’s a difference between the complexities of those long-running conflicts, and how certain people become radicalized in those environments, and what we have in the U.S., which would just be large-scale violence based from the get-go on lies,” he said.

This is not a case for complacency, since Mogelson’s book is full of examples of smaller-scale violence inspired by lies.

I asked Mogelson what surprised him most about returning to the United States. At first, he said it was the power of conspiracy theories among the people on the right that he interviewed. Then he thought about it more, and decided on something else: “how really genuinely scared a lot of these people were.”

Mogelson described meeting a member of the Proud Boys in Washington state who, for all the group’s hypermasculine bluster, “was afraid to be in a public park in downtown Vancouver in broad daylight by himself.” He feared being attacked by antifa or Black Lives Matter adherents, groups that people on the right regularly conflate.

Something similar happened, Mogelson said, when he interviewed supporters of former President Donald Trump at events in Detroit, Pennsylvania and Washington, D.C. The presence of left-wing counterprotesters genuinely panicked them. Trump and his allies have long told their audiences that terrifying forces are arrayed against them, and their audiences believe them.

“Were large-scale violence to erupt in the U.S.,” writes Mogelson, it would be “a war fueled not by injury but by delusion.” Like Mogelson, I don’t know if American delusion is enough to spur such a war. I do know it has foreclosed any civic peace.