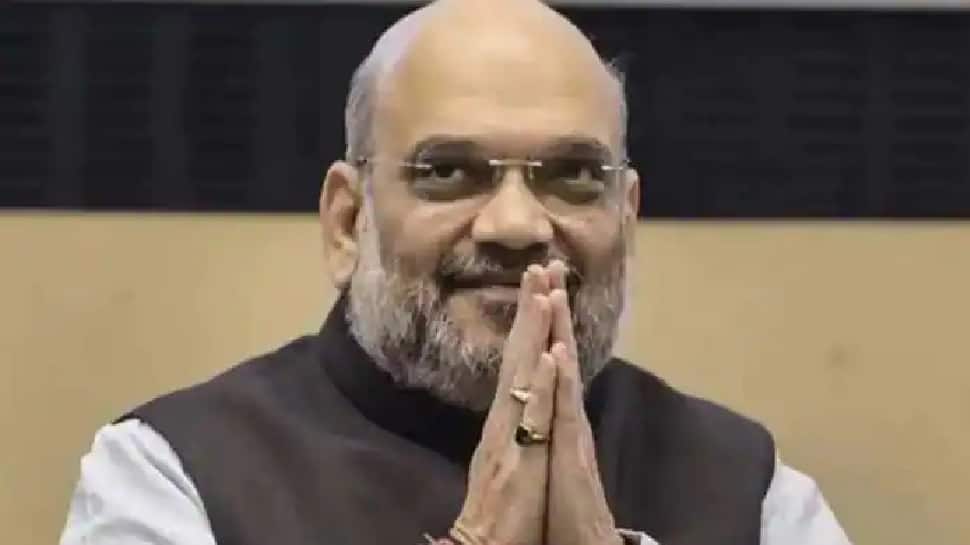 Gandhinagar: BJP created history as it swept the Gujarat Assembly polls in 2022. In the home state of Prime Minister Narendra Modi and Home Minister Amit Shah, the BJP has smashed all previous records of electoral performance. Taking that into consideration, Union Minister Amit Shah today said that the recent victory in the Gujarat Assembly elections was important to convey the message of Prime Minister Narendra Modi’s victory in the upcoming 2024 Lok Sabha polls. While addressing the public in Gandhinagar, Shah said “The seat of Gandhinagar north was not BJP’s, but now you all have voted for BJP, hence it is my responsibility to complete all the works of this constituency.”

“The ‘Plastic Free Village’ campaign has started from Moti Adraj today and soon a health and wellness centre will also be constructed,” he said, mentioning that a Sewage Treatment Plant (STP) has also been inaugurated in Rupal to treat the water.

He also made a veiled attack on the opposition Congress and Aam Aadmi Party (AAP) who also contested the Gujarat polls where the BJP attained a massive victory in 156 of the total 182 seats.

“This time, the Congress people came with a new look, and some new people from Delhi came too, but BJP won with a thumping majority. The Gujarat Assembly election has not only been important for the state but it has also significantly delivered the message from Kashmir to Kanyakumari that PM Modi will be the Prime Minister in 2024 as well,” he said.

In the recently held state assembly elections in 2022, Congress had finished a distant second with 17 seats while the Aam Aadmi Party (AAP), the new electoral entrant in Gujarat won five seats and the Samajwadi Party (SP) won a lone seat and three Independent candidates, too, registered wins.

Among the important seats that BJP won in 2022 were Congress bastions Mahudha and Thasra of Kheda, Borsad of Anand, and Vyara. These seats were held by Congress since Independence. Mohan Konkani of the BJP bagged the prestigious Vyara seat.

The BJP had also won 24 out of 27 ST reserved seats in Gujarat, an increase of 12 seats as compared to the last elections. The tribals, too, voted for BJP in huge numbers.