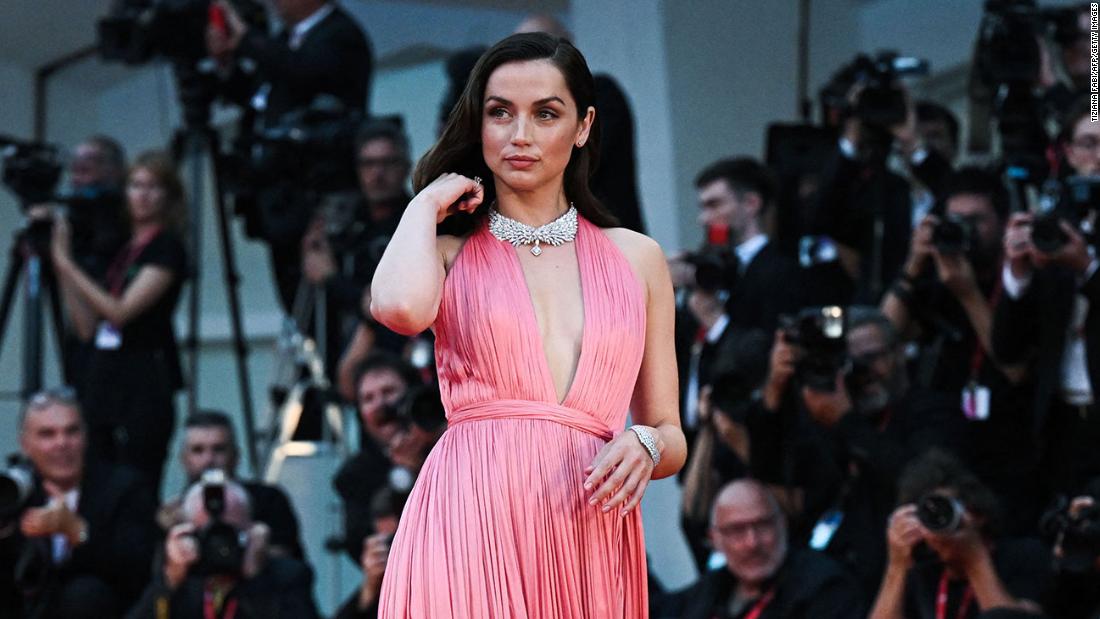 The film landed a 14-minute standing ovation on Thursday, where de Armas was seen wiping tears from her face and hugging her costar, Adrien Brody.

The actress stars as Monroe in the movie, which was adapted from Joyce Carol Oates’ novel of the same name. Brody plays her third husband, Arthur Miller.

Brody had earlier praised her performance at the film’s press conference, saying de Armas was able to transport him “to another time and place.”

De Armas told the UK’s Sunday Times that the role required a lot of preparation.

‘It took me nine months of dialect coaching, and practicing and some additional dialogue replacement sessions [to perfect the accent]. It was a big torture, so exhausting. My brain was fried,” she told the outlet.

Brad Pitt, a producer on the film, also showed up to the premiere.

Blonde is out on Netflix on 28 September.