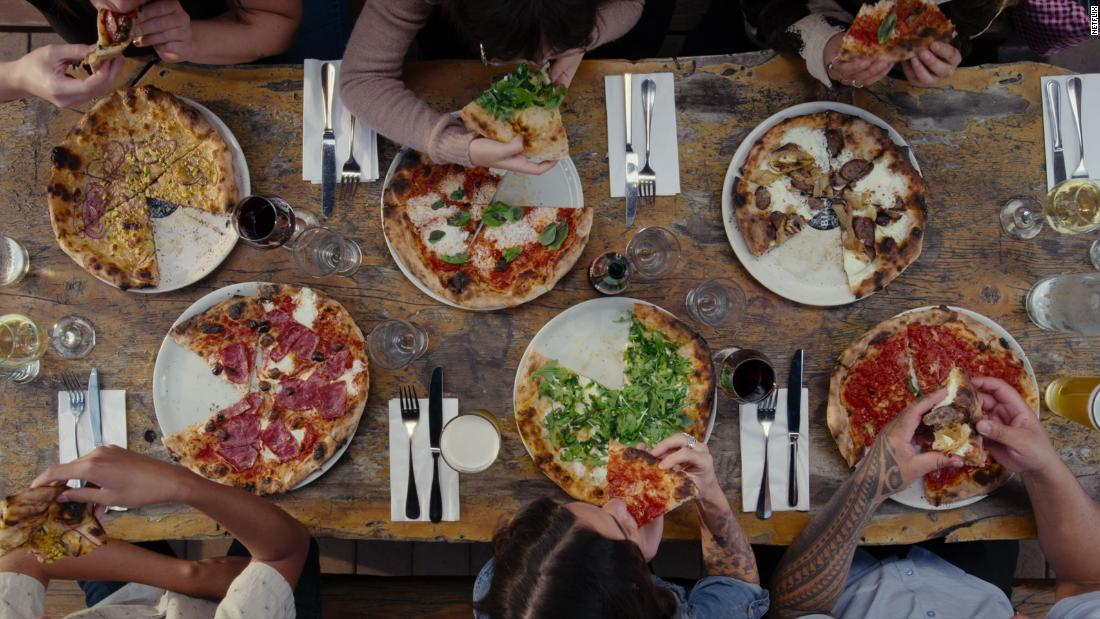 Yes, more movies, TV shows, books, songs and anything else in which food is the star.

If I had my way, I would produce a show that combines all my loves: history, true crime and food.

Are you listening, universe? In the meantime, let’s check out some of what is currently available.

“Chef’s Table” is one my favorite shows on Netflix, and now the docuseries is tackling one of my favorite foods.

“From Portland to Phoenix, Italy to Japan, go inside the kitchens of chefs whose creativity elevates this ordinary dish to an art form via their unique flavors, inspiring backgrounds, and passion for creating the perfect slice,” reads a release from the streaming giant.

Can’t you almost taste it? The six-episode series is streaming currently on Netflix.

Does a sexy novel yield a sexy series?

We shall see with Hulu’s “Tell Me Lies,” which is based on the novel of the same name by Carola Lovering.

“Tell Me Lies” is streaming now.

This beloved children’s story about a wooden marionette becoming a real boy is getting the special effects treatment and the star power of Tom Hanks, who plays Geppetto, a woodcarver who builds and treats the toy (voiced by Benjamin Evan Ainsworth) as if it were his real son.

Two things to listen to

If Ozzy Osbourne isn’t the actual Prince of Darkness, has he made a deal with him?

Just kidding — at least I think. It’s just that Osbourne has been through so much, but the man is still rocking.

His latest album, “Patient Number 9,” reflects back on some of Osbourne’s past woes and boasts some heavy-hitting collaborators including Eric Clapton and Jeff Beck.

“Patient Number 9” is out now.

Speaking of collaborations, there are a bunch on John Legend’s new double album.

“Until this point, I’ve never used an aspect of my name as the title of an album,” Legend said in a statement. “I had to earn that, to live up to it by delivering in the performance and the music. And this is me saying, I’m proud of who I am, I’m confident in the work I’ve done, and I’m just going to declare it.”

“Legend” is also out now.

One thing to talk about

And you thought Andy Cohen had it rough trying to corral the “Real Housewives.”

The Bravo talk show host and executive recently shared a video of his family returning from a vacation — and his 3-year-old son Benjamin was not happy about it being over.

In the clip, Cohen tried to calm his crying kid, who was off camera.

“Ben you just watched ‘Bob the Builder’ for six hours while I packed the car up,” he told his son. “You can’t want to watch more!”

“I want to go back!” he then wailed — in full meltdown mode — when Cohen informed him they were going home. But just a few minutes later, the youngster was calm again and told his dad that he was “just kidding” about being so upset.

I’m betting plenty of people can relate to the tantrum and its aftermath — and yes, many a “Real Housewife” in particular.

Something to sip on

There’s nothing Hollywood loves more than a comeback.

Brendan Fraser is enjoying a “Brenaissance” (shout-out to my CNN colleague Melissa Gray for sharing that delightful portmanteau with me) for his performance in “The Whale.”

In the Darren Aronofsky-directed film, Fraser plays a reclusive man who eats to drown his pain, part of which stems from his relationship (or lack thereof) with his estranged teen daughter.

The actor is being hailed for his powerful work in the film.

Fraser appeared emotional at the Venice Film Festival when the audience honored him, his costars, Aronofsky and “The Whale” with a six-minute standing ovation.

What did you like about today’s newsletter? What did we miss? Pop in to poplife@cnn.com and say hello!