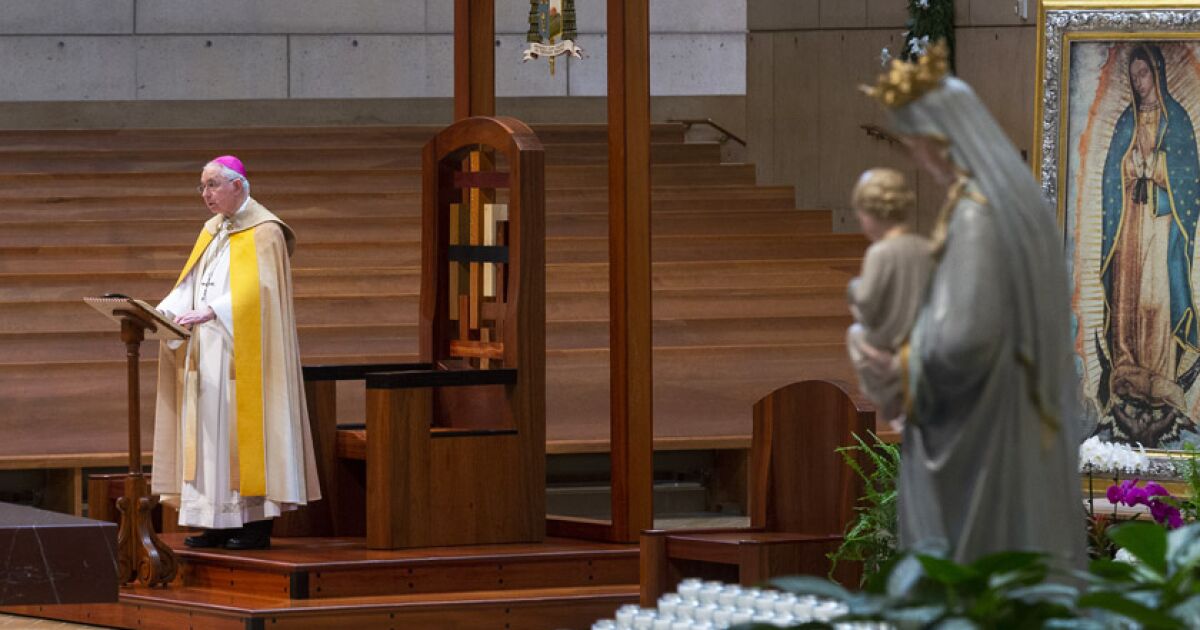 To the editor: Columnist Gustavo Arellano looks at the fact that Los Angeles Archbishop José H. Gomez was not named a cardinal by Pope Francis through a superficial, political lens.

Human history and Catholic Church history offer countless examples of people who took courageous, unpopular stands and were not only unappreciated, but also vilified for their integrity. If Arellano is waiting for the archbishop to take to Twitter to complain he’s been slighted, he’ll be waiting for a long time.

Christians know that the only recognition and reward that truly matters comes from God. Gomez faithfully teaches what the Catholic Church believes. He is knowledgeable, circumspect, unflappable, forward-looking and selfless.

Of the politicians and other public figures Arellano celebrates, how many would he claim possess those qualities?

To the editor: Arellano nailed it with his column on Gomez.

I have followed Gomez since he was elevated to archbishop of Los Angeles, and because we share the same last name. I have been appalled at the results of his “rightist” leadership in a city and state that deserve an inclusive leader, one interested in integration and closer representation of the community being served.

In contrast, I applaud Pope Francis for designating San Diego Bishop Robert W. McElroy a cardinal. He follows Francis’ and the church’s teachings when it comes to “who am I to judge?”