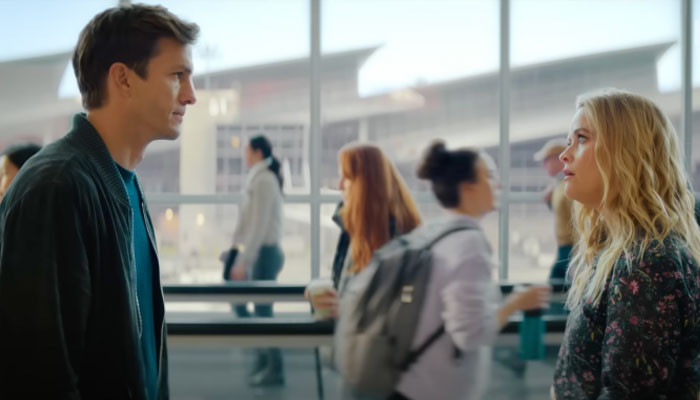 Netflix brought together Reese Witherspoon and Ashton Kutcher for it’s upcoming romantic comedy Your Place or Mine.

The streaming giant dropped the trailer for its much-anticipated rom-com featuring Kutcher and Witherspoon just a month ahead of its premiere on Friday, February 10, 2023.

The movie follows the story of two best friends who are complete opposites of each other. Debbie, essayed by Witherspoon, is organised and routine-oriented and lives with her son in Los Angeles. Meanwhile, Peter, played by Kutcher, thrives in the hustle and bustle of New York. While the two met 20 years ago and slept together, they have managed to have remained friends over the time.

When Debbie decides to travel to New York for one week to chase a dream, Peter steps in to watch her son, during which the two discover that they both might be missing something in their lives.

According to Entertainment Weekly, Witherspoon has called the upcoming movie “a love letter to single moms everywhere.”