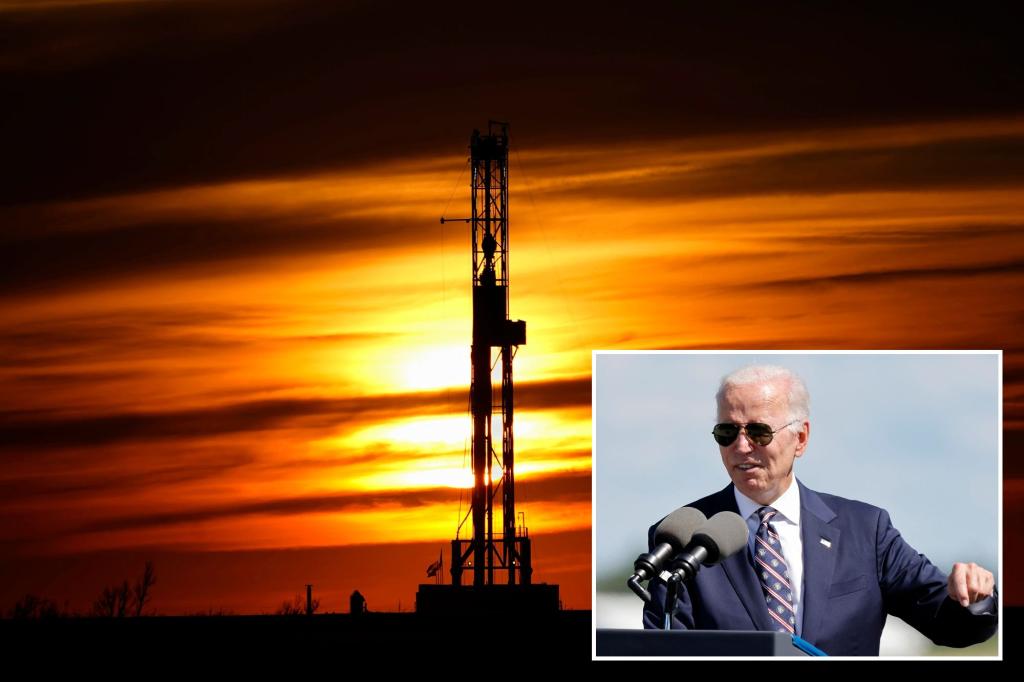 As Europe braces for energy shortages and a brutal winter after Russia shut down shipments through the Nord Stream pipeline, a new analysis shows President Biden pushing America to a similar fate by virtually halting federal oil- and gas-drilling leases.

Through Aug. 20, Biden leased just 126,228 acres for drilling, a pittance compared to all recent presidents (since Harry Truman) over their first 19 months, The Wall Street Journal found. Indeed, no other president since Richard Nixon leased less than 4.4 million acres, 35 times as much as Biden; Ronald Reagan alone leased 47.6 million acres, 378 times as much. Even President Barack Obama OK’d leases with 58 times as many acres.

Biden’s delivering on his campaign vow to end the use of fossil fuels in a bid to lower the Earth’s temperature: “No more drilling on federal lands … no ability for the oil industry to continue to drill, period,” he promised. In one of his first acts, he imposed an indefinite ban on new federal leases.

No, the dearth of leases doesn’t contribute directly to recent soaring gas and other energy prices, since it takes years to produce oil once a lease is granted. Yet industry leaders warn of shortages and price spikes down the road.

Europe offers a taste: There, leaders similarly prioritized their climate war and virtue-signaled by banning fracking and shutting down gas- and coal-fired (and even nuclear) power plants without commensurate curbs in consumption, leaving them dangerously dependent on oil and gas from Russia.

Now they’re paying the price: Natural-gas prices in Europe skyrocketed more than 1,500% from August 2019 to July. After Russia announced the Nord Stream shutdown (punishment for Europe’s opposition to Russia’s war on Ukraine), oil and gas prices surged 30% on Monday alone, before ending “only” 10% up.

The situation has Europe’s leaders mulling dramatic action to stave off a deadly winter, but shortages and price spikes are also wreaking chaos on Europe’s economy, and not just by prompting factory shutdowns: The euro recently hit its lowest level in 20 years, markets have slid and traders are predicting recession.

It’s tragic: Cutting out fossil fuels wouldn’t have done much to curb global warming even if Europeans had cut back on consumption, since nations like China and India continue to increase greenhouse-gas emissions. Nor was it worth the costs, since climate change simply isn’t the world-ending catastrophe the left pretends.