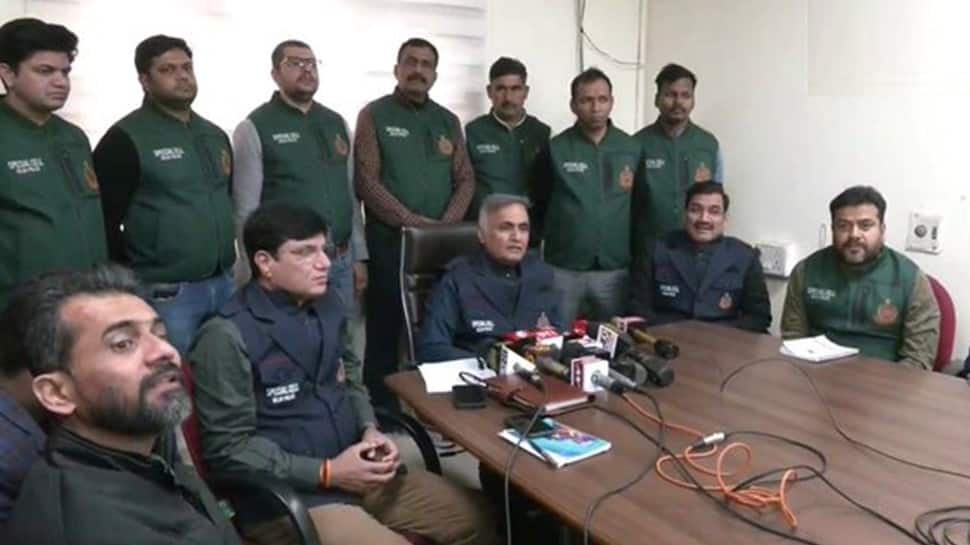 Ahead of January 26 or Republic Day, the Delhi Police has foiled a big terror plot in the national capital. P Kushwaha, Addl CP, Special Cell of Delhi Police today said that they caught 2 terrorists, Naushad & Jagjit, on January 12 from Jahangirpuri & recovered 2 military-grade hand grenades, 3 pistols & cartridges. He said that the terrorist duo killed a man in December last year only to demonstrate their capabilities to their handlers and send the murder video to their handlers in Pakistan.

Kushwaha said that the Special Cell had received information about the 2 suspects hiding in Jahangirpuri area. The police team then raided the said location and arrested the terrorists. The accused have been arrested under UAPA. Jagjit is a resident of Uttarakhand while Naushad’s house is in Jahangirpuri, Delhi.

The police said that they found traces of blood in the house where the accused were hiding which led to suspicion of murder. Following interrogation, a chopped body was recovered from a nearby drain. The police officer said, “Naushad and Jagjit were involved in terrorist activities. They wanted to kill the right wing leader in Delhi.”

Kushwaha also said that these people had planned a big terrorist attack in Punjab in the coming month. They had to attack in Delhi also as many big leaders were on their target, he said. He said that Pakistan’s ISI handlers are behind the sinister plot.

“Investigation (in the case of 2 terrorists held by Special Cell) is on. The terrorists have been kept under 14-day police custody. Our teams did a good job by taking prompt action otherwise some untoward incident could’ve taken place,” said HGS Dhaliwal, Special CP, Special Cell.

Police said that Naushad was being handled by a suspected LeT handler while Jagjit’s handler is Canda-based Arshdeep Dalla, who is a designated terrorist.

Earlier, the police along with a Forensic Science Laboratory (FSL) team visited the residence of the accused on Friday.  The neighbours of the accused told mediapersons that the accused had shifted to the house around Diwali and were rarely seen outside.

Jagjit Singh is suspected to have links with a Canada-based Khalistani terrorist, they had said, adding that Naushad had been associated with terror outfit Harkat ul-Ansar. Jagjit Singh is a member of the notorious ‘Bambiha’ gang and has been getting instructions from anti-national elements based abroad. He is a parole jumper in a case of murder in Uttarakhand, police had said. (With agency inputs)