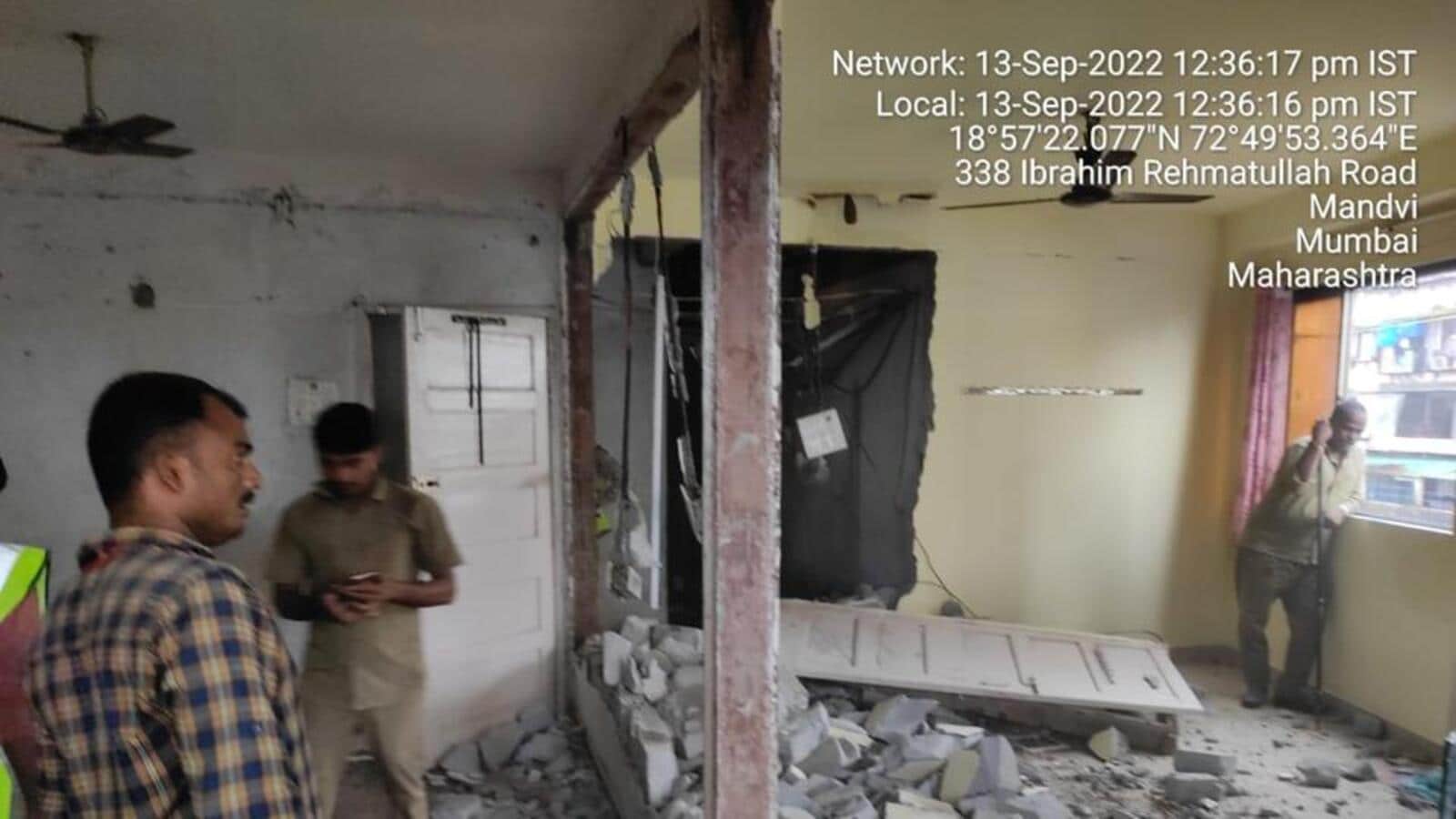 Mumbai Residents of Gulistan Apartments on Ismail Curtay Road, Pydhonie, are not willing to let go of their homes, despite the Brihanmumbai Municipal Corporation (BMC) beginning demolition work on Tuesday. Ninety affected families – who bought their homes between 2018 and 2019 — continue to reside here, despite the broken walls and stripped floors in the illegal building.

HT had reported on Monday how four years after its illegal status was raised in the assembly and C-Ward officials suspended by the state government for allowing the structure to come up right under their nose, BMC had disconnected the building’s electricity and water supplies.

Residents put up a strong resistance when officials from the civic body arrived here at 11 am on Tuesday. Only three families from the ninth floor were evicted by the police.

Amol Mesharam, designated officer, C-Ward and in-charge of the demolition said, “BMC has torn down the flooring on ninth floor and broken the slabs on the eighth floor. The floor of the terrace has been punctured. The demolition of the entire building is in progress.”

The officer noted three rooms on the ninth floor have been demolished, despite which people are continuing to reside. “They are resisting BMC’s action at their own risk and cost. They had approached the high court earlier to protect their homes, but the apex court order stated that they should vacate the premises in a month. They have not followed the order,” Meshram said.

Meshram observed that residents will continue to fight tooth-and-nail, ignoring the fragility of the partly demolished building. “This concerns their life’s savings. They would prefer to live within the debris. After we removed the electric meter yesterday, they installed a new one. They have got a van with a generator as well,” he said.

Residents refused to comment on the matter with HT.

The building has houses of varied dimensions – one-room kitchens, 1BHKs and 2BHKs, measuring between 125 and 500 sq ft. It will be razed by a BMC appointed contractor and brought to ground zero in 2.5 months.