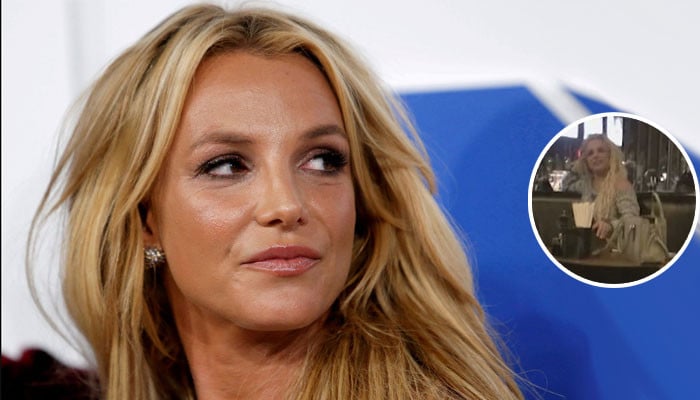 Britney Spears was spotted having a ‘manic meltdown’ at a restaurant which caused Sam Asghari to leave the establishment, according to TMZ.

Spears was having dinner with her husband Sam Asghari at a restaurant named, Joey, in the Woodland Hills area, California, on Friday January 13, 2023. The singer was immediately recognised and was triggered by the restaurant patrons who whipped out their cell phones and began snapping unwarranted photos and videos of her.

People who allegedly witnessed the incident at the restaurant told TMZ Saturday that the pop icon, 41, was “manic” and began speaking gibberish – not another language, just unrecognisable speech.

In a video obtained by the outlet, Spears could be seen holding up a menu to shield her face from the camera. Sources claim Asghari, 28, was “visibly upset” and abruptly “stormed out” of the place without his wife.

Just two minutes later, Spears reportedly walked out herself and her bodyguard allegedly picked up the bill.

A manager at Joey’s told Page Six they could not “disclose any information” or confirm the couple was there.

Spears has openly struggled with mental health issues, particularly due to the stresses of her 13-year conservatorship, via Page Six. She was reportedly diagnosed with bipolar disorder, but has spoken out on social media and in court about allegedly being held at a mental health facility against her will and being forced to take medications.