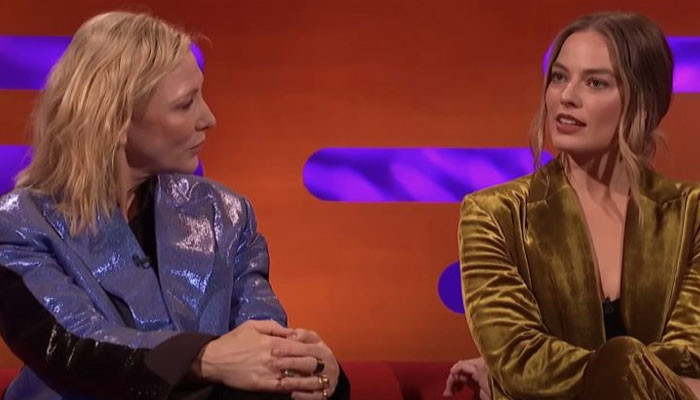 Cate Blanchett is under fire for questioning Margot Robbie’s love for heavy metals, as metal fans do not take it lightly.

During an appearance on The Graham Norton Show, the Barbie star revealed she had a “goth, very emo” phase, during which she hooked to heavy metal music, “dyed my hair black and only cut it with a razor blade”.

However, the Oscar winner chimed in to ask the Suicide Squad star, “Does anyone like heavy metal music?

“Was that something you genuinely liked?” Blanchett asked.

The 32-year-old defended her music taste, saying she still “genuinely” likes heavy metal music before Thor star quipped, “Do you like monster trucks and things like that?”

Metalheads on Twitter came out in Robbie’s support and called Blanchett’s remarks “condescending.”

One person wrote, “I love how Cate Blanchett has no clue about what metal fans are like IRL.”

Another called Robbie the “metal representative for Hollywood”, while a third branded Blanchett’s comment as “rather judgemental”.

“As a metalhead, this is the worst thing I’ve ever heard someone ask about metal. Smh [shaking my head] Cate Blanchett. Do better,” someone else commented.