Chelsea Handler shares ‘shocking’ revelations she had about sun and moon 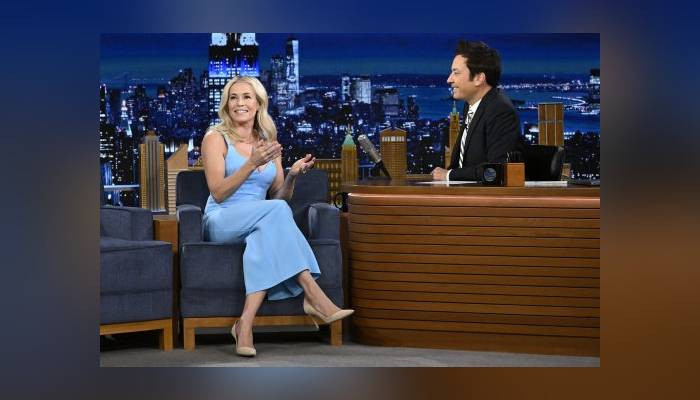 Chelsea Handler recently confessed that she had no idea that the sun and the moon were not the “same” until age 40.

During the latest episode of The Tonight Show Starring Jimmy Fallon, Chelsea revealed that it’s embarrassing to be unaware about the basic information, which is why, she never wanted to be a parent.

“I’m not equipped with what it takes to answer all of those questions to children,” said the 47-year-old.

Chelsea continued, “I don’t have the tolerance for that kind of line of questioning about things that I don’t even know the answer to and, at a certain age, when you don’t know the answers to questions, it’s too embarrassing to ask questions, you know? You just have to pretend, you know.”

Handler gave the reference of her trip to Africa where she didn’t have the “right answers to life’s simple questions”.

“I talk about this story…this is true. I didn’t know until I was 40 years old that the sun and the moon were not the same thing,” disclosed the Chelsea Lately host.

Jimmy responded, “I find this hard to believe.”

To this, Chelsea shared, “My older sister Simone looked up at the sky and she said, ‘Chelsea, Chelsea, look up. It’s not often you get to see the sun and the moon at the same time’.”

My Horizontal Life author recalled saying, “But they’re always together.”

“As soon as I said that, my sister turned around and she goes, ‘what did you say?’ And I was like, ‘Oh, shut up shut up shut up,’” remarked the Girls Behaving Badly alum.

Chelsea explained to her sister, “I was like, ‘Honestly, I just assumed when the sun went down, it popped back up as the moon.’ I’m like, ‘Is that not what’s happening?’”

Chelsea later added that the man who was riding the elephant also react to her error, calling her “another dumb American”.