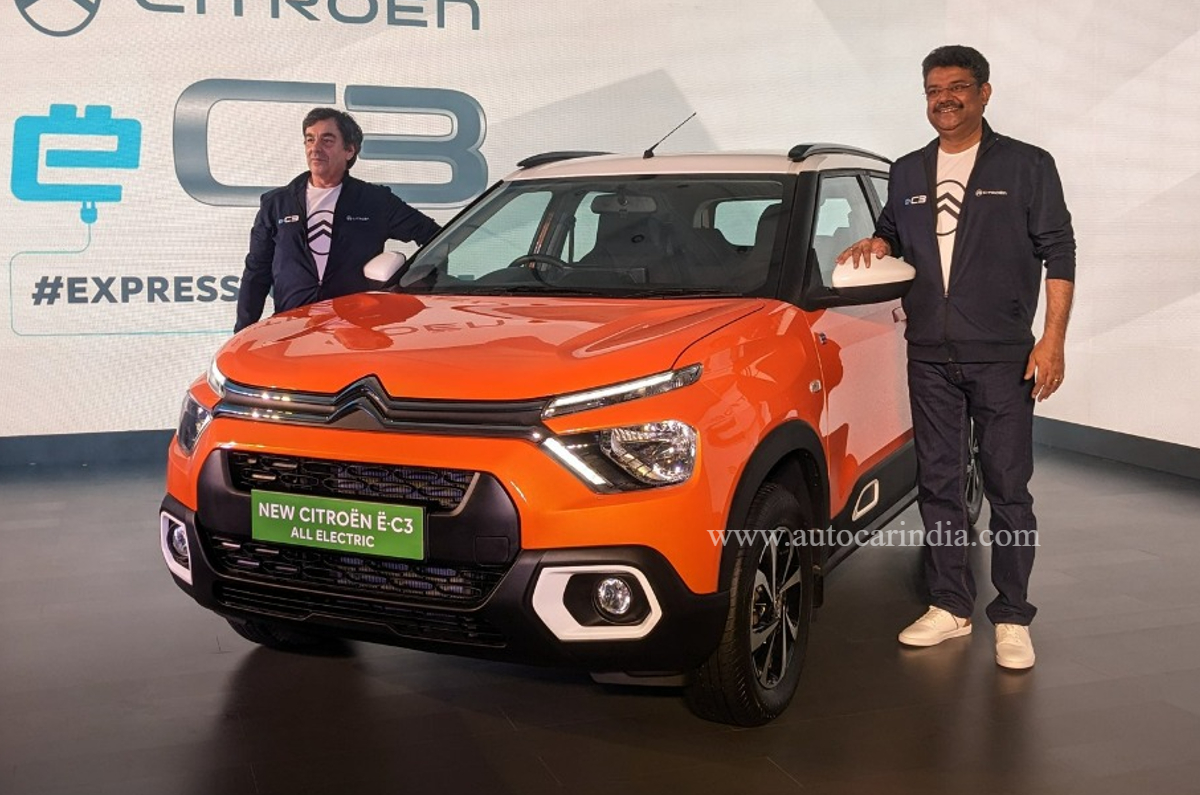 Citroen has finally taken the wraps off the eC3, the all-electric version of the C3 hatchback that is already on sale in India, with a price announcement in the coming days. Citroen will also be exporting the eC3 from India, and give its sales volumes a boost, which have been disappointingly low.

The bookings for the Citroen eC3 will commence from January 22 and it will be available in showrooms from next month.

The Citroen eC3 looks identical to its petrol-powered counterpart inside out. The only exterior difference is the lack of a tailpipe and a new charging port located on the front fender. The interior, meanwhile, gets a slightly revised centre console, with a new drive controller that replaces the manual gear lever. All other exterior body panels, interior and mechanicals, which have already been localised for the petrol-powered C3, remain unchanged.

This has been done to optimise costs for the eC3 and sharing parts and components with its ICE counterpart will help achieve better economies of scale.

The Citroen eC3 gets a 29.2kWh battery pack that is being sourced from Chinese firm Svolt, although Citroen is looking to localise it in the longer run. The Citroen EV comes with a 3.3kW onboard AC charger and is also capable of CCS2 fast charging. The eC3’s front-axle-mounted electric motor produce churns out 57hp and 143Nm of peak torque. The eC3 has an ARAI-certified range of 320km. It gets two driving modes – eco and standard – and also gets regenerative braking.

The eC3 is being squarely aimed at the Tata Tiago EV, which uses a 24kWh battery pack in its higher spec for an ARAI-rated range of 315km.