Climate change and the future of mountain ultramarathons 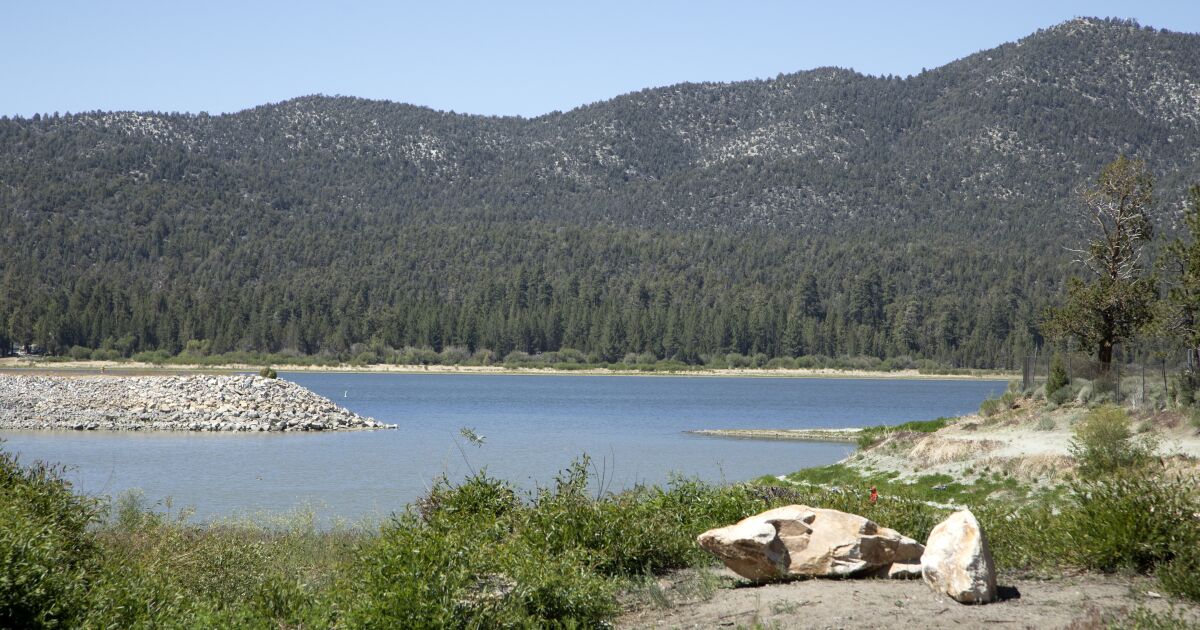 It’s wretchedly hot in Los Angeles, but things could be worse.

In fact, things were worse two Labor Day weekends ago, when part of L.A. County reached a record 121 degrees. We probably won’t hit that mark during this heat wave, but that’s not any consolation.

During that hellish weekend in 2020, separate wildfires started in the San Gabriel and San Bernardino mountains that would burn a combined area equal to the city of Seattle. Mountain settlements were evacuated. Alpine forests were turned into hellscapes.

And my trail race was canceled. (I know, smallest violin in the world, but bear with me.)

That weekend, I was with my family in Big Bear Valley, where we watched a mushroom-like cloud from a rapidly spreading wildfire rise behind a nearby mountain ridge. I was there a few days ahead of the Kodiak trail ultramarathons, an event that served as my motivation to get through the pandemic misery.

Of course, the race had to be called off, causing the kind of disappointment that only other runners who’ve trained for months or a year for an event can understand. Thankfully, the rugged 100-mile course (I planned to run 31 miles of it) was spared fire damage, but out of caution the U.S. Forest Service closed the entire San Bernardino National Forest that Labor Day, prompting the race’s cancellation.

At the time, much of California was on fire. So just after Labor Day, the Forest Service closed every national forest in California. In 2020, more than 4% of the state’s total land area burned.

That complete forest closure was unprecedented. But in this era of accelerating global warming, it only previewed what was to come. Around the same time last year, as another devastating fire season raged, officials again closed the California’s national forests. The 2021 Kodiak races, set for late August, barely avoided another cancellation.

Other local races have faced similar upheaval. The Angeles Crest 100, between Wrightwood and Altadena, was canceled in 2021 because much of its course burned in the 2020 Bobcat fire. That race returned this year on a significantly altered course. Before that, the 2018 Woolsey fire destroyed trails and parks in the Santa Monica Mountains, resulting in race cancellations and changes.

These races mean more than a chance to compete. Some have existed for decades, bringing together lovers of this glorious landscape. The spectacle of a mountain ultramarathon must be experienced firsthand to be understood. For trail runners, these gatherings in places like Big Bear and Wrightwood are akin to religious services, and the mountains are our church.

This year, the race had more than 400 participants, its largest field ever. Instead of running, I volunteered at one of the aid stations along the Kodiak course. Every runner we helped — at a point where they’ve already covered 62 miles on foot — was exhausted and yet thankful to be part of this community.

Organizing even a small ultramarathon is a herculean task, no less for one that must be called off suddenly because of fire. For the 2020 Kodiak, Susie Schmelzer, the race director, told me she and her co-organizers were prepared to put on a race with pandemic safety measures, novel to the world of trail racing. They had their permits. They marked most of the 100-mile course. They bought the food (and my God, the food — enough calories to power dozens of athletes over mountains and through canyons).

Then, on a hot September Saturday, pyrotechnics set off at a baby gender-reveal party, right up against wildlands that had been primed to burn by years of drought and warming temperatures, ignited the El Dorado fire that burned nearly 23,000 acres and killed one firefighter in the San Bernardino Mountains. Schmelzer said much of the food and equipment for the ill-fated race was ultimately donated.

When it comes to putting on races in forests increasingly prone to catching fire, Schmelzer acknowledges reality and yet exudes a hardy optimism found among Big Bear locals and people who run mountain ultramarathons. “People come up to me and ask, ‘Aren’t you worried about canceling because of fires?’ I mean, yeah,” she said, “but it isn’t better not to do these events and live in fear.”

That nicely sums up trail running, hiking and every other form of mountain recreation in the era of climate change: optimism, with eyes wide open.