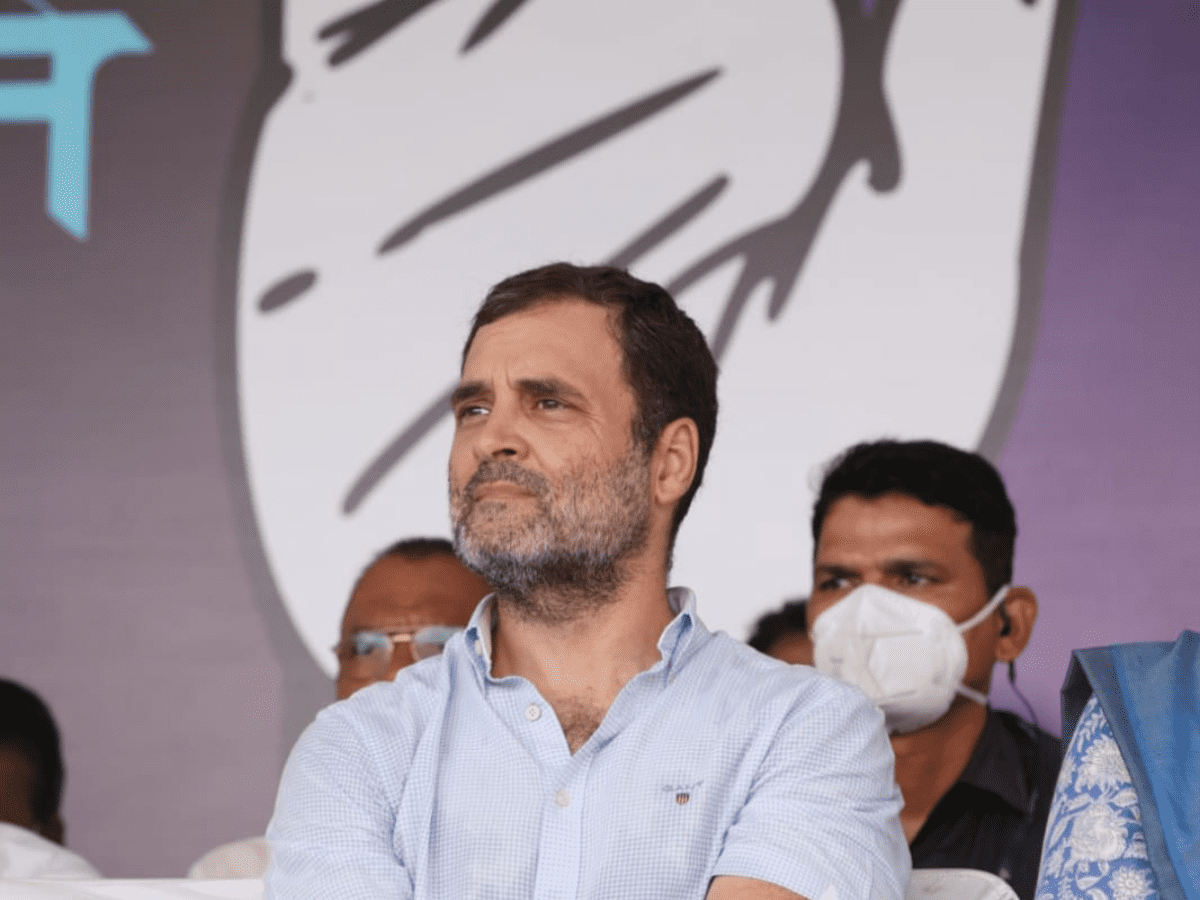 The 150-day, 3,500 km-long Padayatra, called Bharat Jodo Yatra, from Kanyakumari to Kashmir, starting on September 7 and passing through ten states and two Union Territories, may prove to be the biggest exercise in mass contact campaign.

Bharat Jodo Yatra may well trigger the Congress revival. Besides, it would afford an opportunity for Rahul Gandhi to shape up and emerge as a leader with mass appeal. It will enable him to interact with and understand the problems faced by the common people and help him to come up with possible solutions for the same.

For the first time, the Civil Society, which stood shoulder-to-shoulder with the BJP and worked actively for the ouster of the Congress, have now rallied behind the Congress in Bharat Jodo Yatra. Many of these civil society organizations rallied behind the BJP, as Comptroller and Auditor-General Vinod Rai projected National Loss in the 2G Spectrum case.

The coming together of like-minded political parties, civil society groups, business and professional associations, and those, who are committed to these objectives could make a success of the Bharat Jodo Yatra.

Like during the Freedom Struggle, the Congress provided the political platform to fight for the Indian Independence, this yatra could serve as a common platform for civil society groups and individuals to connect with the Congress for the larger cause.

More importantly, it can pave the way for broader political unity, in the run up to the general election in 2024.

Very significantly, Bharat Jodo Yatra stands apart as a counterpoint to the culture of Rath Yatra, which blazed a trail of fear, murder and mayhem.

In sharp contrast to a Rath Yatra, the Padayatra takes the Congress closer to the people, building bridges. Tag line for Bharat Jodo Yatra is so evocative: Ek tera kadam, ek mera kadam, mil jaaye to jud jaaye saaraa watan. (One step yours, one step ours, if we come together the country will be united.)

Perhaps the original such Padayatra was the 385-km-long Dandi March, from Sabarmati Ashram in Ahmedabad to Dandi in Navsari in Gujarat, of Mahatma Gandhi from March 12, 1930, to April 5, 1930.

Gandhiji’s iconic act of defiance of breaking the Salt Law of the British at 8:30 AM on April 6, 1930, caught the imagination of the people across the country, sparking off nationwide Civil Disobedience Movement.

Dandi March had an electrifying impact, galvanizing and awakening the people and putting the nation in agitational mode. It was a great example of political mobilization.

In recent times, Congress Seva Dal Chief organizer Lalji Desai launched the 1,171 km-long Azadi Gaurav Yatra, from April 6, 2022, to June 1, 2022, from Sabarmati Ashram in Ahmedabad to Raj Ghat in New Delhi. Idea was to showcase the Congress role in India winning her Independence and its role as Architect of Modern India, post-Independence.

It was in the Nav-Sankalp Chintan-Shivir in Udaipur in Rajasthan that Congress President Sonia Gandhi announced the ambitious Bharat Jodo Yatra. The idea was not only to hark back to the core civilizational and cultural values that have come down to us from the times of Ashoka and Akbar, to, in our own times, of Mahatma Gandhi and Pandit Jawaharlal Nehru, but to bring back the same into the social, cultural and ideological mainstream.

This comes as a counter-narrative to the divisive agenda, of raising question mark on other religions and spreading hatred by the saffron brigade.

Although launched under the aegis of the Congress, Bharat Jodo Yatra remains non-partisan. This yatra seeks to reinforce social harmony and the foundational Constitutional values, besides focusing on burning issues like intolerable price rise, unbearable levels of unemployment and the ever sharpening edge of polarization. Significantly, over 150 civil society organizations have come on board, making its reach and spread far and wide.

There is direct threat facing democracy today. The Bharat Jodo Yatra can help strengthen the democratic framework. Strangely, this threat emanates from a party claiming to be the largest political party on the basis of membership enrolled through missed calls on mobile phones.

In her inaugural speech at the Institute of Democracy and Socialism in New Delhi on May 21, 1970, Indira Gandhi said, “I have asked this question on an earlier occasion: Which is a democratic party? Can we call any party democratic, which would like to change other people’s opinion by force, which thinks that only its view — a very narrow view — is the right view, which like to cut off the country from many different trends of thought? Today, democracy cannot exist without being modern. Democracy cannot exist in a fast age and I must say that one of the dangers we do face is from parties such as these communalist parties and I have no hesitation in saying that they can belong to any religion.”

Indian approach to democracy has been defined by three distinct streams. Nehru, who picked parliamentary system based on Westminster Model, brought in liberalism. The second stream is that of Socialism of the Fabian brand. The third stream is the Gandhian thought and his philosophy of non-violent revolution.

There is also the issue of whether religion, by itself, can be the basis of a nation. Indira Gandhi rightly remarked, “The Emergence of Sovereign Secular Bangladesh has conclusively proved the falseness of the theory that religion can be ground for separate nationhood. This theory has done great harm to our sub-continent and prevented the rational solution of the social and economic problems of the people of other regions. The two-nation theory is discredited, but it has not been wiped out. There are still parties and individuals who mix religion with politics and exploit Hindu, Muslim, Sikh and other narrow loyalties for partisan and personal ends. The safety of our nation demands that we fight these forces with all our strength.”

Now, there is a narrow-minded approach that has seriously challenged the Idea of India that has existed since the times immemorial. Politics of Hate has taken centre-stage, whose ideology resulted in the ghastly assassination of Mahatma Gandhi. It is against such a backdrop that the Bharat Jodo Yatra assumes importance. It should galvanize the fight against the politics of hatred, bigotry and polarization; and for the protection, preservation and promotion of the values anchored in India’s Freedom Struggle, presided over by Mahatma Gandhi.

Bharat Jodo Yatra has a grand architecture. While the main yatra travels straight from Kanyakumari to Kashmir, every state will have parallel activities.

Three categories of Yatris will be undertaking the Padayatra. A 100 will be Bharat Yatris, who will walk the entire length from Kanyakumari to Kashmir. Another 100 will be Atithi Yatris, or those from neighbouring States where the yatra does not pass through. Yet another 100 Pradesh Yatris will be from the State through which Bharat Jodo Yatra passes.

All along, special interactions are being planned, to take to the grassroots level the burning issues and generate mass awareness through the mass contact programme.