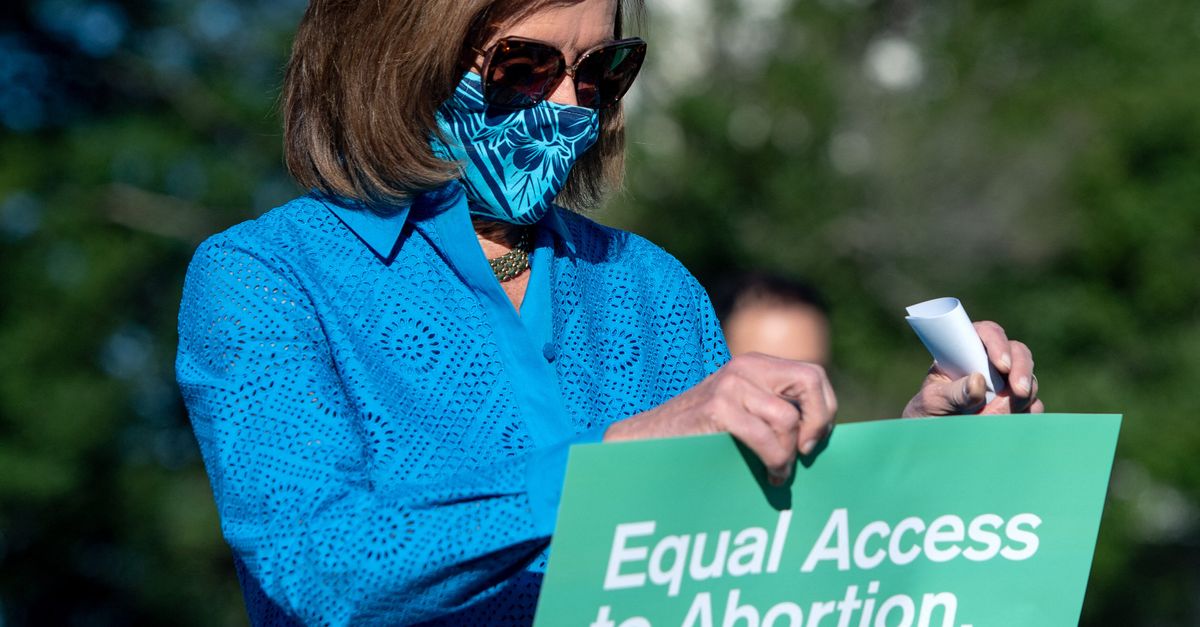 If there’s one thing that’s consistent about the Democratic Party, it’s their inability to rise to the level of urgency their constituents are practically begging for.

For decades, the anti-abortion rights movement had made their intentions clear: They were determined to have Roe v. Wade, the Supreme Court case that guaranteed women a legal right to an abortion, overturned.

And for weeks now, thanks to a historic leak of an early draft majority opinion written by Justice Samuel Alito, we knew the Supreme Court was going to do just that. We might not have known the exact day the ruling would come, but it was clear it would be soon. Yet somehow, Democratic Party leadership appeared wholly unprepared for the decision when it was finally issued on June 24.

After the court overturned Roe, President Joe Biden did at least speak to the severity of the matter at hand.

“Today, the Supreme Court of the United States expressly took away a constitutional right from the American people that it had already recognized,” Biden said. “They didn’t limit it. They simply took it away.”

As for the many distressed people who want to safely end their pregnancies and now don’t know if they’ll be able to, Biden rightfully emphasized: “The health and life of women of our nation are now at risk. Make no mistake ― this decision is the culmination of a deliberate effort over decades to upset the balance of our law.”

Biden claimed that he’d directed the Department of Health and Human Services to take steps to make sure abortion and contraception medications are available “to the fullest extent possible.” But he offered few specifics about how he would combat the ruling ― only saying there’d be more details in the coming weeks.

As if that weren’t disappointing enough, Biden then placed the onus on voters to fix the problem.

Some Democrats don’t like it when this is pointed out, but Democrats control the House, the Senate and the presidency, and still haven’t managed to codify abortion rights into law. The most common retort to this ― “We don’t have the votes” ― doesn’t obscure the fact that the lack of votes stems from party leadership failing to fight very hard for the legal right to an abortion.

It is clear not only in former President Barack Obama’s broken promise to codify Roe v. Wade back in 2009, but in the comments made by Democrats in 2022.

In a since-deleted tweet, Rep. Andy Levin (D-Mich.) posted photos of himself doing yoga, saying he was turning “inward” to meditate on the decision. (In response, I quoted the tweet and wrote: “If you don’t get the hell up and go down the street and holler at the Supreme Court or something else more useful.”)

In an equally goofy spectacle, House Speaker Nancy Pelosi (D-Calif.) read a poem. Pelosi has since said the House would consider trying again to pass the Women’s Health Protection Act, which would place access to abortions in a federal statute. She also called on the Senate to end the filibuster so legislation that protects abortion rights can be passed.

However, Pelosi did not apologize for her ongoing support of Democrats who oppose abortion rights. She should be asked if she has any embarrassment about that, or even secondhand embarrassment over the members of her caucus who sang “God Bless America” at the Capitol as supporters of abortion rights vented their frustrations at a nearby protest.

Not all Democrats have been disappointing. Rep. Maxine Waters (D-Calif.) at least gave voice to the righteous indignation among the 58% of Americans who didn’t want to see Roe overturned, and warned that women are going to assert their bodily autonomy whether or not a court says they can.

“Women are going to control their bodies no matter how they try to stop us,” Waters said in the crowd of protesters. “The hell with the Supreme Court. We will defy them.”

Others, like Sen. Elizabeth Warren (D-Mass.) and Rep. Alexandria Ocasio-Cortez (D-N.Y.), have offered ideas on what the Biden administration can do until abortion rights are restored nationwide ― including putting abortion clinics on federal property.

However, the administration has already pushed back on this idea.

“While this proposal is well-intentioned, it could put women and providers at risk,” a White House official further told Insider. “And importantly, in states where abortion is now illegal, women and providers who are not federal employees could be potentially be prosecuted.”

Similarly, Vice President Kamala Harris told CNN’s Dana Bash that the federal-land proposal is “not right now what we are discussing.”

Harris’ response: “But do what now?”

Even after Bash clarified her question ― “Act legislatively to make abortion rights legal” ― Harris put the onus on Congress to do something.

She may be technically right in that only Congress can pass laws, but the optics are not favorable to her or to the administration.

That’s why so many members of their own party are asking for more.

Twenty Democratic lawmakers, all of them Black women, sent a letter asking Biden to immediately declare a public health emergency, writing: “We must act urgently as if lives depend on it because they do.”

In a Saturday letter led by Sen. Patty Murray (D-Wash.), the party’s No. 3 leader, 34 Senate Democrats urged Biden to “take every step available to your administration, across federal agencies, to help women access abortions and other reproductive health care.”

While there are some limits to what the executive branch can do ― particularly because of the Hyde Amendment, which bars the use of federal funds to pay for abortion ― the problem ultimately comes down to a lack of political will, in the administration and among the larger party, to fight this battle.

“Of course, there will be legal challenges,” Warren explained in a recent interview. “But the fact that an extremist Supreme Court has taken steps that most of America believed they would never take doesn’t mean that we back down. It means we get into the fight harder than ever.”

As of now, with no concrete plans from the administration, it looks increasingly doubtful that Biden will lead the party into the necessary fight.

On Tuesday, Health and Human Services Secretary Xavier Becerra said at a news conference: “There is no magic bullet, but if there is something we can do, we will find it and we will do it.”

Again, the administration knew for over a month that the Supreme Court was ready to overturn Roe (and again, it’s no secret that opponents of abortion rights have been aiming for this endgame for years). Democrats have squandered time, and people will suffer as a result. By all appearances, they don’t have a robust plan to fight for reproductive rights and they don’t have a plan to fight a rogue court.

Even Republicans are reportedly shocked at how little the Democratic Party is doing in this crucial moment.

Hours after Roe was overturned, multiple campaigns texted me looking for a contribution. It was disgusting, to say the least ― not only because of their timing, but because a lot of Democrats have given voters no real reason even to want them to be in power.

That is not how you win elections. But it is another example of how conservatives will strip away our rights as the Democratic establishment sits by and lets them.

CORRECTION: A previous version of this piece said Biden had refused to call for ending the filibuster to push through legislation on abortion rights. In fact, Biden said last week that he would support an “exception” to Senate filibuster rules to codify reproductive rights.

Over 500 Localities Without Power: Ukraine