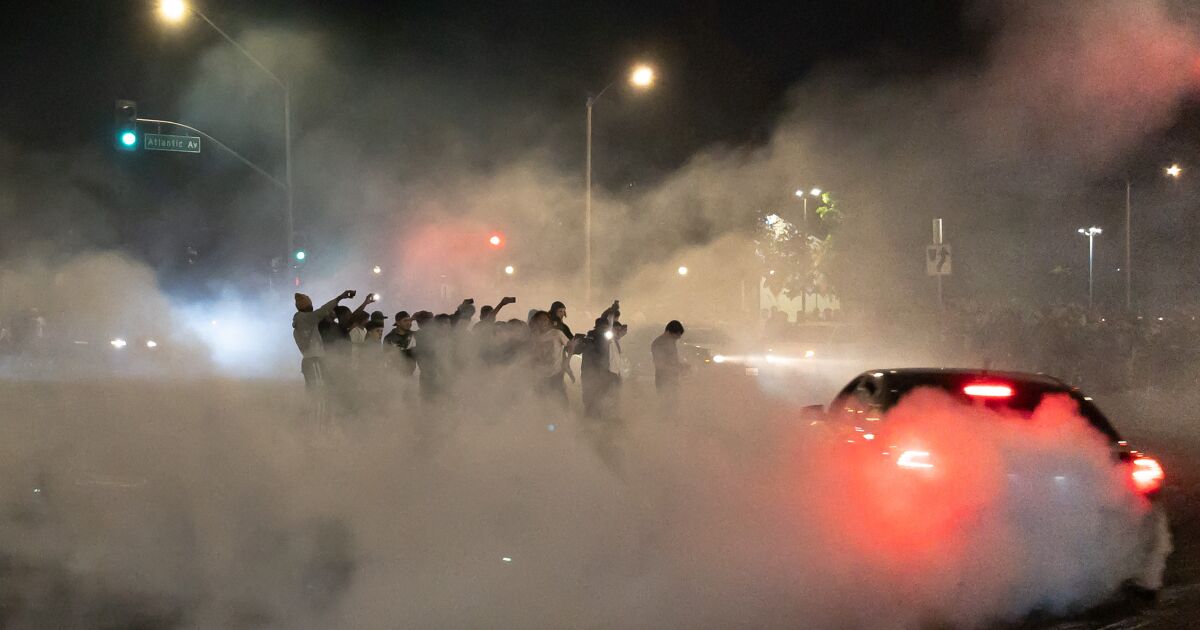 To the editor: Police agencies say they don’t have the manpower to control intersection takeovers, and participants lose their cars for only 30 days. Something more needs to be done.

Laws against “exhibition of speed” have been on the books for many years, so why not use them to help here? And instead of holding on to the cars of drivers caught participating in these takeovers, why not auction them off, charge high impound fees or report their drivers’ actions to insurance companies (that is, if they even have insurance)?

Some onlookers claim that takeovers don’t hurt anyone, but they do restrict the freedom of many who live nearby and others who just want to drive down a street. And some people have died.

To the editor: Police agencies, including the Los Angeles County Sheriff’s Department, say that because of limited resources, they cannot control street takeovers, during which at least six people have died in the last eight months. Strange.

To the editor: If one wants to see the type of tricks performed at illegal street takeovers, just watch a legal Dodge commercial.

TikTok Sued By US State Of Indiana Over Child Safety, Security Fears