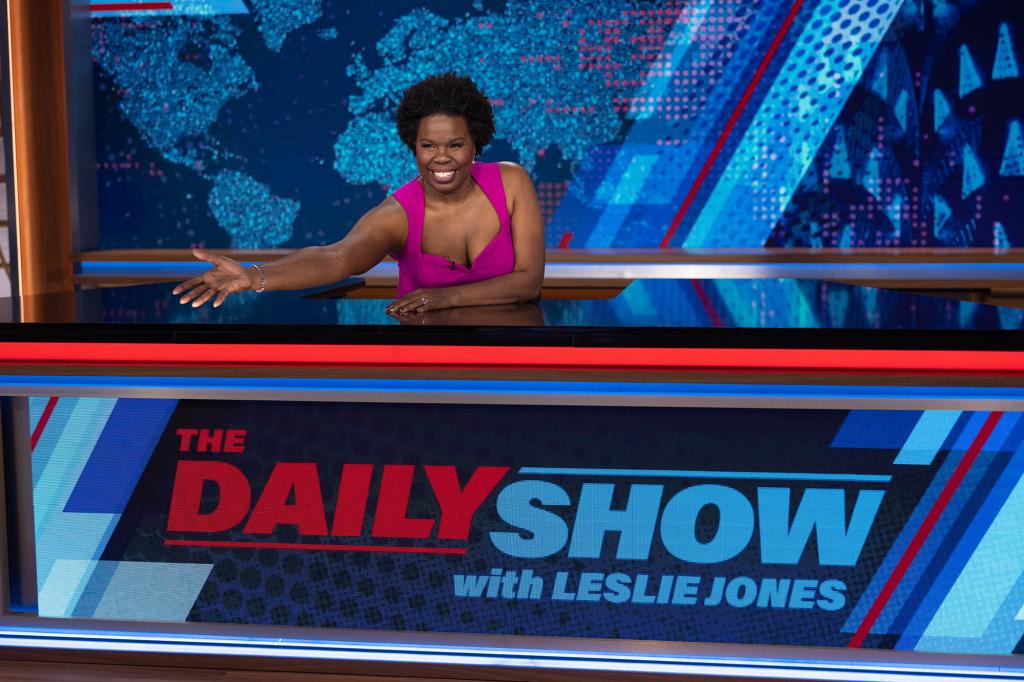 “The Daily Show” returns Tuesday, Jan. 17 for its first show in the post-Trevor Noah era — with Leslie Jones as the first of its rotating roster of guest hosts.

Jones, 55, said she only asked one person for advice while she was preparing to step behind the desk left vacant by the departure of Noah, who hosted Comedy Central’s late-night franchise from 2015-2022.

“Just Chris Rock,” she told The Post. “He told me not to be Trevor [Noah] and not to be Jon Stewart, just be myself. I’m Leslie Jones, so it’s gonna be totally different, at least for me. Just like anything else that’s brought to me, it’s an opportunity to come and do something that I haven’t done before.”

Noah, 38, announced his departure from “The Daily Show” in September, and his final episode aired Dec. 8.

Jones said that she wasn’t told to consider her time behind “The Daily Show” desk this week as if it’s an audition for the gig, but she said she brings “Honesty — keeping it real” to the late-night table. She said she wasn’t a regular “Daily Show” watcher, but “I watched it a couple of times when Jon [Stewart] and Trevor were on.”

Jones is known for a variety of projects — including standup comedy, the 2016 “Ghostbusters,” reboot, her social media reactions and commentary on “Game of Thrones,” and the Olympics — but it’s her time on “Saturday Night Live” (2014-2019) that helped her best prepare for “The Daily Show,” she said.

“Probably the [Weekend] Updates that I would do on ‘SNL.’ That puts me in mind of what I’m going to do at ‘The Daily Show,’ the way I prepare behind the desk and stuff,” she said. “I think I’ll use that a lot with this experience. It’s a lot of rehearsal — we just write it and get it done.”

She’s looking forward to doing humorous commentary about, “The politicians, everything that’s going on. I’m probably going to touch on a little bit of everything.”

But she said she doesn’t have a preference over pre-planned joke, versus joking about topical headlines: “I use the same intensity with both.”

In addition to “The Daily Show,” Jones said that she’s currently working on, “A lot of other little projects: a movie, and I’m trying to get a sitcom written. There’s a couple of things in the works.” But as far as her preferences go for acting versus hosting, she said that “Stand up is the core of me, so that will always be number one.”

Jones declined to speculate if this week could turn into a permanent “Daily Show” spot down the road.