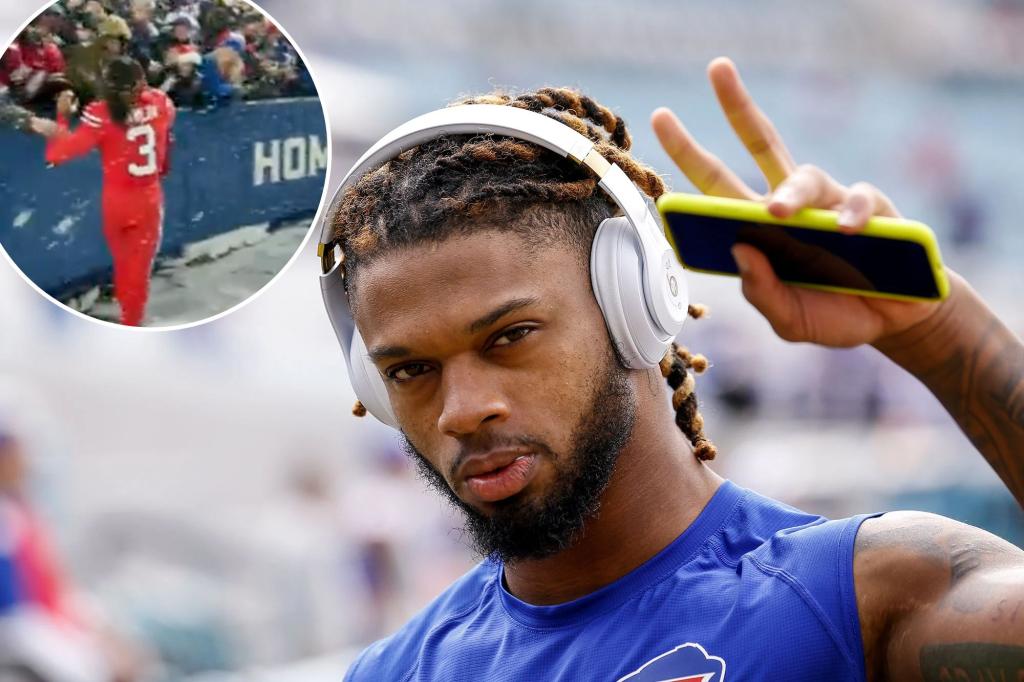 Damar Hamlin is ready for some football.

The Buffalo Bills safety, recovering from a mid-game episode of cardiac arrest that shook the sports world, tweeted Sunday that he’ll be watching his teammates as they face the Miami Dolphins in the wild-card round.

“My heart is with my guys as they compete today!” Hamlin wrote, accompanied by a video of him throwing his gloves and high-fiving fans. “Supporting from home as I focus on my recovery. Nothing I want more than to be out there with them!”

On Saturday, Hamlin visited his teammates at the Bills’ facility, days after he was discharged from Buffalo General Medical Center/Gates Vascular Institute, where he had been undergoing tests since being transferred from the University of Cincinnati Medical Center following his scary on-field collapse.

The Bills have rallied around Hamlin, who has speedily recovered from the incident. Buffalo won its final regular season game against the Patriots on the strength of a game-opening kickoff return for a touchdown by running back Nyheim Hines.

According to Hamlin’s doctors, the 24-year-old’s reaction to the emotional score caused quite a stir in the Cincinnati ICU.

“When the opening kickoff was run back, he jumped up and down, got out of his chair, and set, I think, every alarm off in the ICU in the process,” Dr. Timothy Pritts, division chief of general surgery, said Monday.