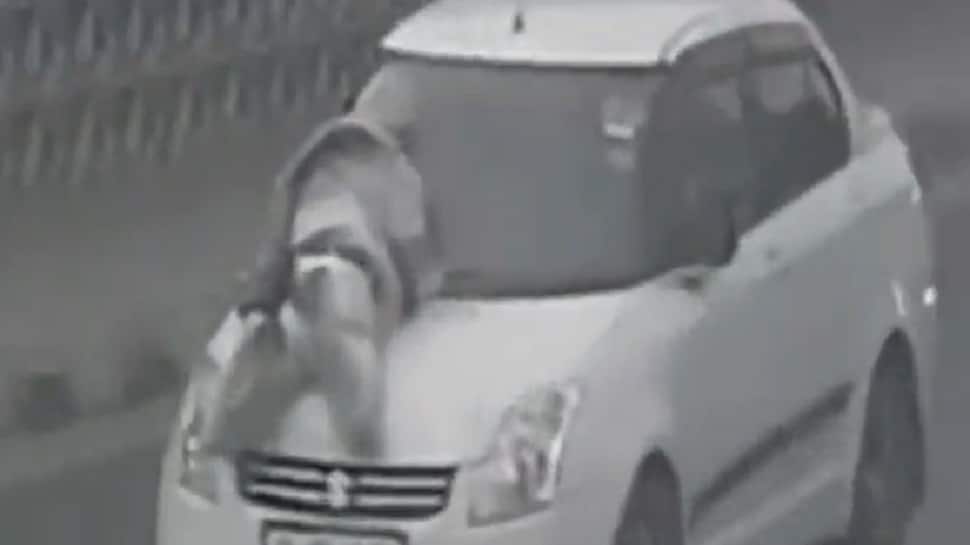 Rajouri Garden: A shocking incident took place in West Delhi where a man was dragged on a car’s bonnet in the Rajouri garden area, the police said on Saturday. The police added that they suspect it to be a road rage incident but police teams are probing the incident from all angles. Police said that the accused driver has been identified and is being questioned. The video of the incident was also doing rounds on social media. In the video, a man is seen on the bonnet of a moving white Maruti Dzire car. A case has been registered against the accused. The incident took place on January 12.

“A case under Section 279 (rash driving), 323 (punishment for voluntarily causing hurt), 341 (punishment for wrongful restraint) and 308 (attempt to commit culpable homicide) of the Indian Penal Code has been registered,” said a senior police officer.

This incident comes to light weeks after a 20-year-old Anjali Singh was dragged to death for about 13 km, from Sultanpuri to Kanjhawala, after her clothes got entangled in the wheel of the car which hit the scooty she was driving. Seven people have been arrested in the case and 11 policemen were suspended who were on PCR and picket duty on the route.

Shock and haemorrhage due to injury to the head, spine, and lower limbs led to Singh’s death. People held slogans saying “Anjali ko insaaf do (Give justice to Anjali)” during the funeral procession.

(With inputs from IANS)