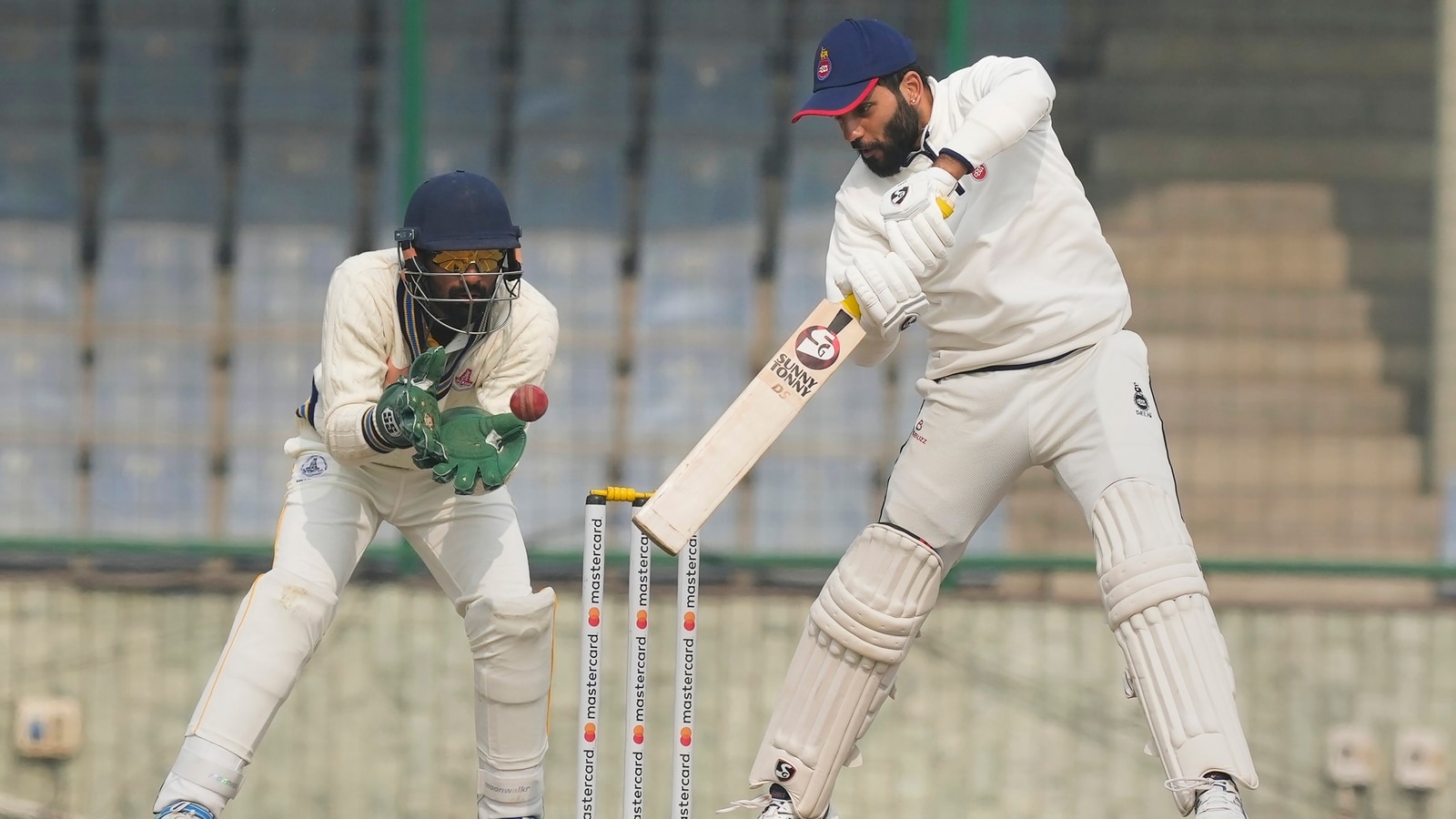 Even amidst the intense competition among batters in India, an average of 56.35 after 48 first-class matches with 10 centuries and 16 fifties makes for impressive reading. That these numbers belong to Delhi’s Dhruv Shorey may come as a bit of a surprise given that he isn’t in the reckoning for higher honours, but it speaks volumes about the consistency that the 30-year-old has shown in his first-class career.

This season, the middle-order batter is the highest run-getter in Ranji Trophy competition with 787 runs in five matches at an average of 112.42, his scores including a career-best 252*, 150*, 66, 70 and 185. He is racking up these runs at a time when Delhi cricket is in the throes of transition. They are yet to win a game, languishing at the seventh spot in Elite Group B after five matches.

Shorey’s next assignment will be Mumbai at home from Tuesday.

“I have been trying to keep it simple and not complicate things too much. It’s more about the mindset. You have to keep the mindset right to score big. The big scores are coming this year. I am happy it is paying off,” Shorey, who made his first-class debut in 2015, said on Saturday.

Despite the consistency, Shorey is yet to even get an India A call-up in red-ball cricket. What is perhaps not helping his effort to get noticed is Delhi’s poor run of results in recent seasons. It is usually the knockout games where significant performances acquire larger meaning, a stage Delhi haven’t reached since finishing runners-up in the 2017/18 season.

Shorey has shown that he can step up in the big games, having scored 145 in that final against Vidarbha more than five years ago. In the 2018/19 season, he was also the highest run-getter in the Duleep Trophy with 293 runs for India Blue. For the moment, he is doing all he can to enhance his worth despite the frustration of his runs not amounting to collective success.

“It is a frustrating thing (Delhi’s poor run). The team is not winning right now. The enjoyment is double when the team wins. Contributing to a team’s win is the ultimate goal. We are going through a time of transition. We have also been hit by a few injuries,” he said.

Asked about the challenge of playing for a team lacking confidence, Shorey said: “It’s our job to score runs, take catches and take wickets. It’s not a challenge or burden. Delhi should be doing better. It’s been a bit difficult in the dressing room. When you lose games, the positive vibes tend to vanish. But we have been trying to keep the positivity going.”

At 30, Shorey’s chances of being rewarded by the national selectors for his performances don’t appear very bright with the jockeying for berths among younger batters. He remains hopeful, though, of things changing.

“My job is to score runs, be it in Ranji, T20s, one-day cricket or anything that comes my way. If I am scoring really big runs, I will ultimately be considered somewhere. India A is obviously the first step towards getting an India cap. (But) You can’t bat with the burden of looking at selection. You have to enjoy your batting. If you are not getting selected, you just need to score more runs,” Shorey said.