Dianne Feinstein deserves time to bow out on her terms 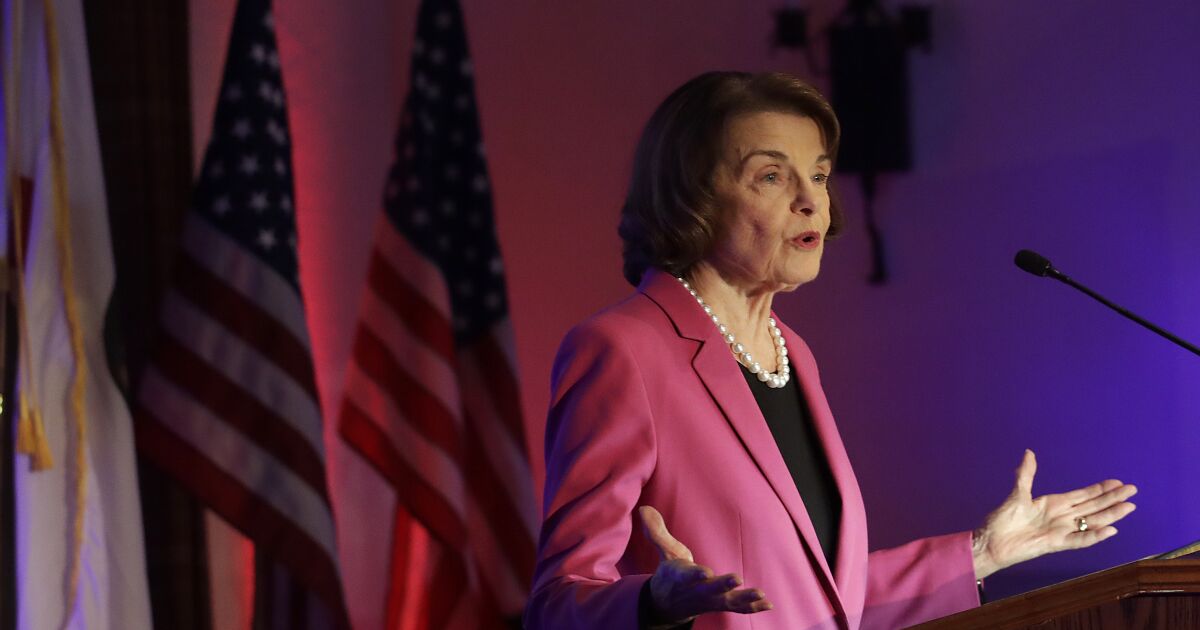 To the editor: Democratic Sen. Dianne Feinstein is alive and well and serving California with knowledge, competence and distinction. Despite this, like so many birds circling their prey, politicians are publicly declaring their intention to run for her seat in the next election or privately maneuvering to do so, or hoping to push her out before her term expires in two years.

Whether she runs in 2024 is up to her. The recent onslaught of those wishing to replace her seems premature, inappropriate and disrespectful.

Feinstein’s had a remarkable career that all Californians should celebrate. Instead, we seem to be pushing her out prematurely so that someone else can grab her spot.

I have admired Feinstein’s great accomplishments as a woman, trailblazer and Californian. I appreciate everything she has done for us and the nation. She deserves our respect and gratitude.

Please, settle down and give her the space she needs to complete her term with dignity.

To the editor: Feinstein has served the people of California with distinction. However, everyone reaches a point in their respective careers when they must step aside. Only one person knows if Feinstein understands that fact.

Would there have ever been the perfect time for Porter to announce her candidacy for the U.S. Senate? The answer is no.

Porter’s actions put Feinstein and other putative candidates on notice that the senator’s office is in play in 2024, and the time for being politically coy is over.

Barabak makes no mention of that photo, maybe because the book’s visible, all-caps title somewhat profanely communicates Porter’s disdain for the GOP’s chaos — as if Porter herself was engaging in “The Subtle Art of Not Giving a F*ck.”

Even with an asterisk softening the title’s profanity, Porter made clear her aversion to GOP leaders’ inept machinations. Let’s hope that they got her message, one that most Americans wholeheartedly support.