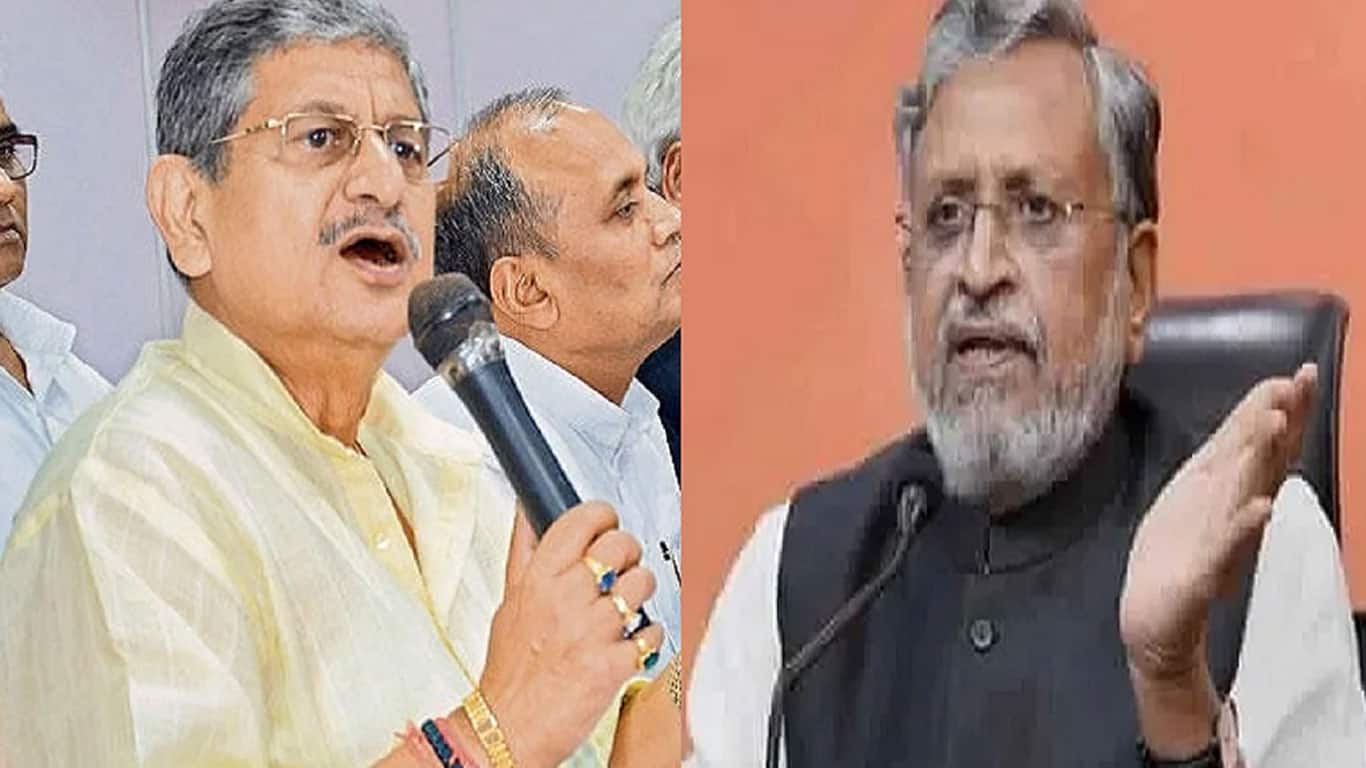 PATNA: Janata Dal-United president Lalan Singh has claimed that the country will become ‘BJP-Mukt Bharat` after the 2024 general elections. Singh made these remarks shortly after BJP Rajya Sabha MP Sushil Kumar Modi tweeted that Daman and Diu has become ‘mukt’ from JD-U, adding that a revolt is expected to take place in JD-U`s Bihar unit as well.

The former Bihar deputy chief minister’s tweet came a day after 15 district panchayat members of JD(U)`s Daman and Diu unit joined the BJP, in a big setback for Chief Minister Nitish Kumar and his party.

Their revolt helped the saffron party storm to power in the Zila Panchayat. In response to Sushil Kumar Modi’s tweet, Lalan Singh said, “Don`t worry Sushil Ji, the country will become ‘MUKT’ from BJP in 2024. The people of the country will get relief from communalism, price rise, unemployment, and an atmosphere of communal harmony will be established after the 2024 Lok Sabha elections.”

Sushil Modi recently alleged that Nitish Kumar is on a political tour in the national capital while the people of Bihar have been facing a flood. Speaking to ANI, Sushil Modi said that Bihar is drowning in floods and the Chief Minister has arrived National Capital on political Tourism.

He counted the previous arrivals of the CMs of other states to Delhi by mentioning that before this, Telangana CM K. Chandrashekar Rao (KCR) travelled to six states while West Bengal CM Mamata Banerjee also camped in Delhi many times. “Now Nitish ji has come, the Lok Sabha election is approaching so Nitish Kumar has come to Delhi on political tourism,” he said.

On Nitish Kumar’s claim that he is not even a claimant and he does not even desire the PM candidature, Sushil Modi further said, “See, he is excited to become the Prime Minister of India (Mann me to laddu fut raha hai PM banne ke liye ) as they are raising slogans, installing posters but he has come on the back foot and they feel that if he would speak for the Prime Minister`s post from now on, a problem might arise for non accepting him. Will Arvind Kejriwal accept Rahul Gandhi? Will anyone accepts Mamata Banerjee? Who will accept Nitish Kumar?” he added.

BJP and JDU leaders have been attacking each other ever since Nitish Kumar parted ways with the NDA and joined hands with RJD to form a new government in Bihar.