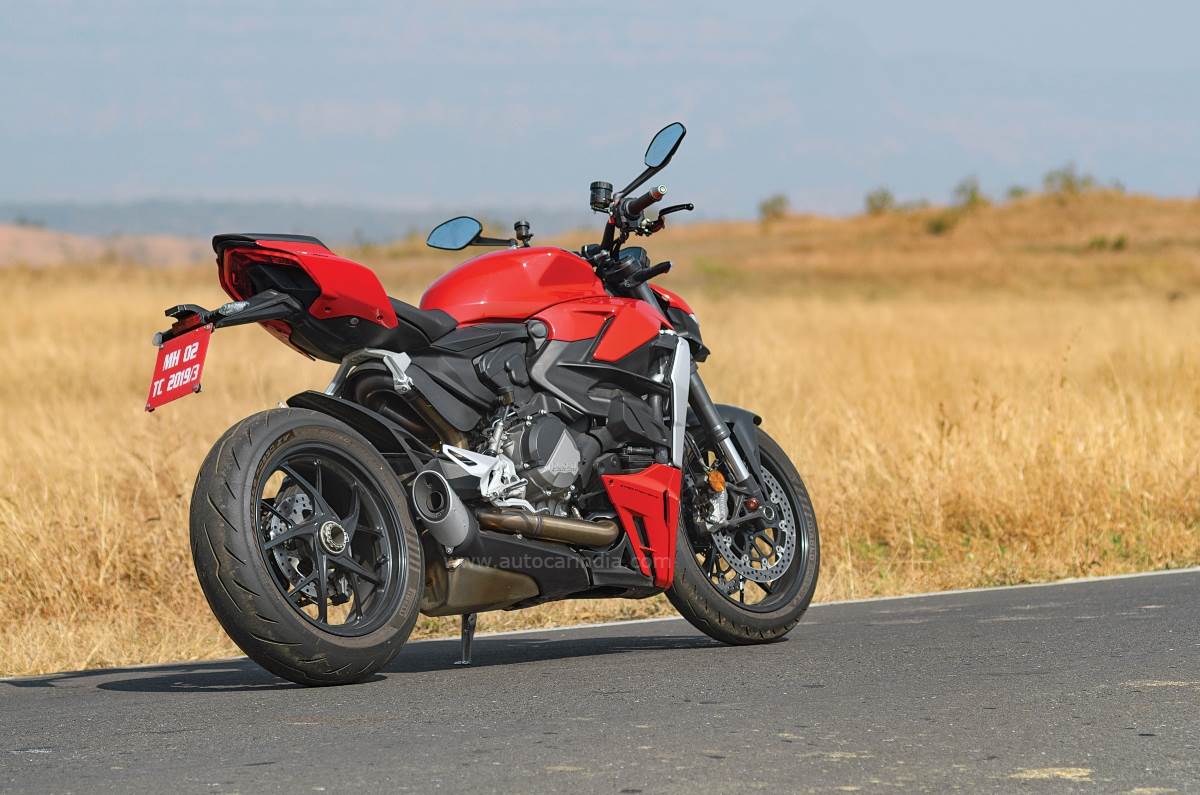 Could the baby brother to the magnificent Streetfighter V4 be the sweeter bike to buy?

The Ducati Streetfighter V4 remains one of the most intoxicating sportbikes I have ridden on our roads: 208hp, 14,500rpm and Italian exotica wrapped with reasonable comfort is a combination you’ll struggle to find in the motoring world. However, it can be a bit over the top, both in terms of power and price, and that’s where the Streetfighter V2 steps in. It promises to offer the same gorgeous style, the same comfort and practicality, along with a more sensible power figure and price tag. Can’t help but wonder, is this the Goldilocks sporty Ducati?

To try and answer that, I repeated exactly what we did with the V4 last year – commute through Mumbai and cover some distance in search of great riding roads. In the city, this motorcycle is every bit the superstar the V4 was, simply because it looks almost exactly the same. The sexy/scowly face, exquisite Panigale tail, single-sided swingarm – they’re all there and they never cease to attract endless attention. It’s not easy to tell at a quick glance whether you’re looking at a V2 or a V4, but there are some giveaways. The first is that the V2 doesn’t get the crazy side-mounted wings, the second is that it has a small exhaust pipe instead of the underbelly system, and finally, it has a side-mounted monoshock in place of the V4s’ central unit.

While they may look nearly identical, the V2 has nothing to do with the SFV4 underneath and is instead based on the Panigale V2’s unique monocoque chassis and 955cc L-twin motor. And ultimately, this bike is all about the engine, because with all the big Ducatis moving to V4 power, this is effectively the last of the sporty, high-output Ducati twins. 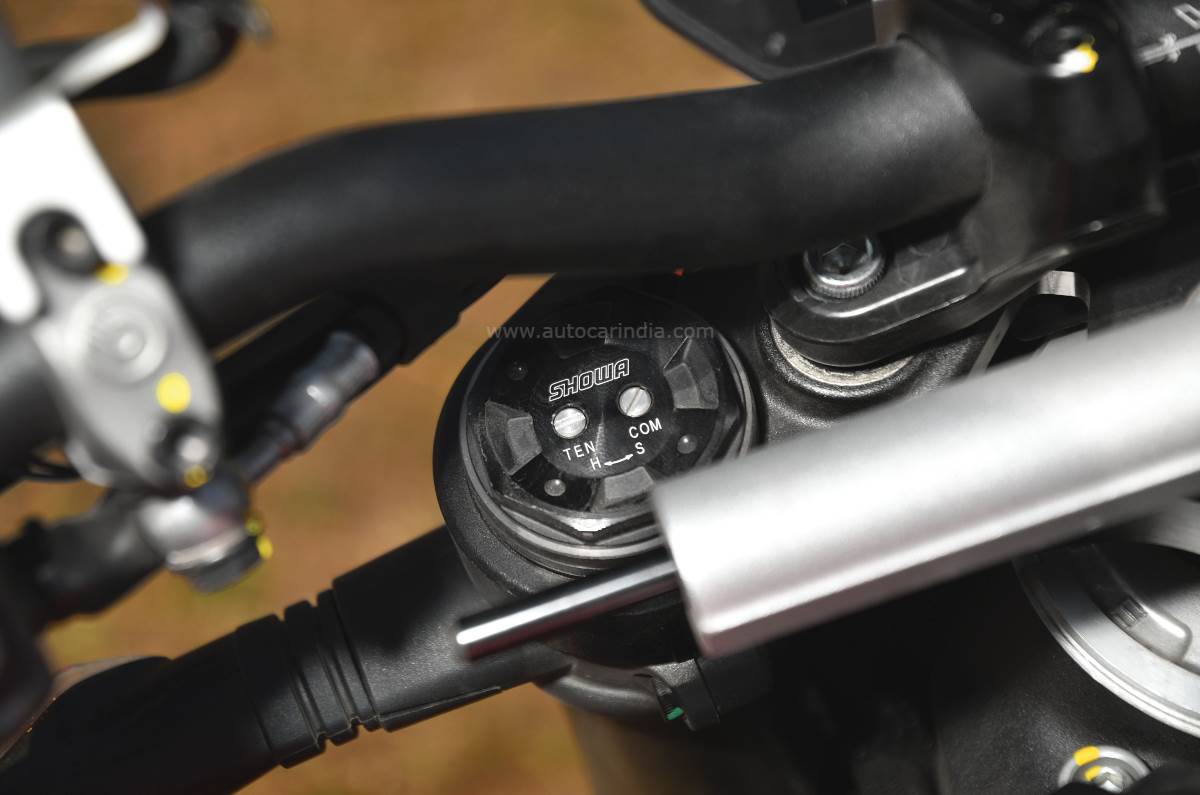 The motor makes 153hp and 101.4Nm of torque, and while that is a little down on the Panigale V2, it gets a larger (by two teeth) rear sprocket for more low-end kick. Ducati twins are usually quite tall-geared, as is this one, so the larger sprocket always helps make the engine a bit more willing to run at lower speeds in higher gears. Still, this isn’t an easy engine to live with in a place like Mumbai – it’s jerky and clattery below 3,000rpm, the clutch is heavy, and the heat is intense. Thankfully, the suspension set-up is reasonably plush for a bike this sporty, and while on the firm side, it isn’t painful. You do need to be cautious over tall speed breakers, though. 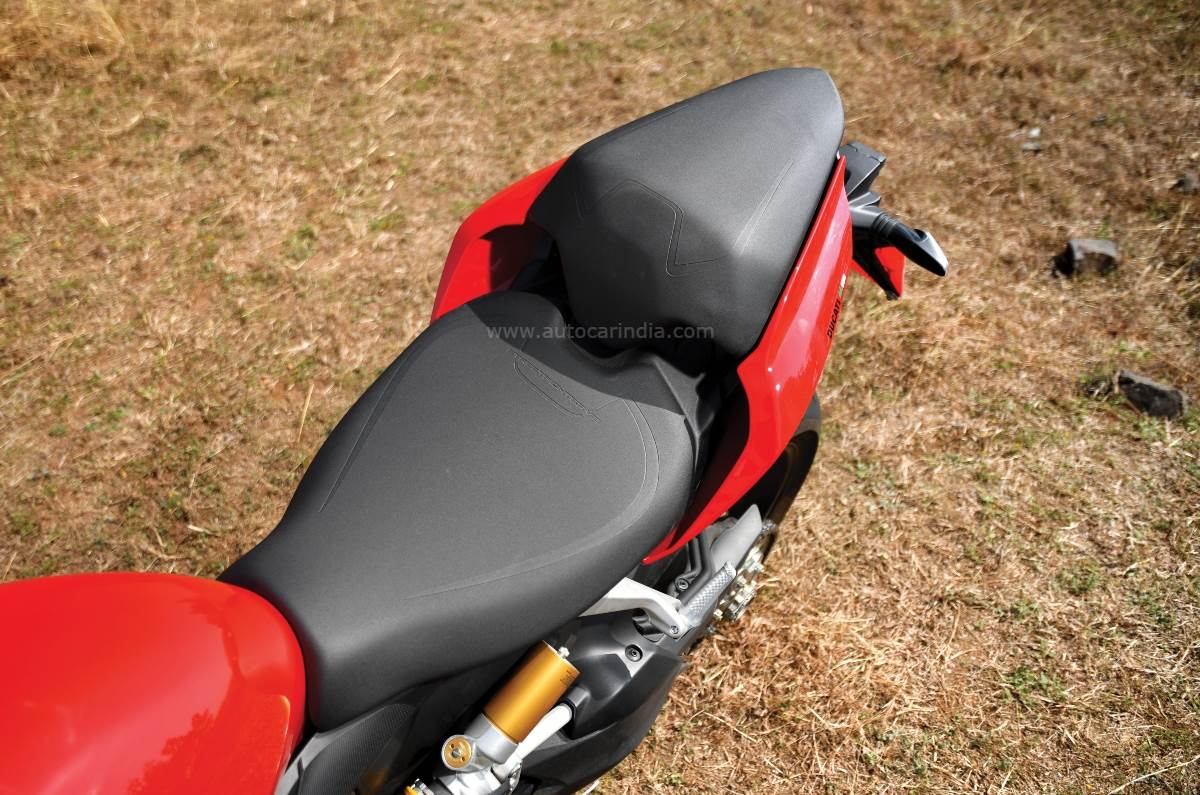 To its credit, the V2’s cooling system works superbly and the bike never overheats, but this motorcycle is best unleashed on open roads. The mid-range punch extends all the way to 11,000rpm and with the booming exhaust note, this motor is both wild and absolutely addictive. It certainly made me misbehave, and if you enjoy a raw, aggressive engine, you’ll absolutely love this twin, but it’s not for those who like a smooth and calm experience.

Surprisingly, the smaller Streetfighter is more eager to lift its front wheel than the V4, and it’s a motorcycle that will have you constantly giggling in your helmet. It does take a bit of work, though, and I recall the V4 being an easier bike to ride – not just because of its smoother, more flexible engine, but also because the chassis felt a little easier. The SFV2 isn’t sluggish by any means, but you do need to be firm with your inputs. And, at 200kg, it feels just as big and heavy as the V4, so it definitely doesn’t have the lightweight, playful feeling you’d get from a middleweight like the new Monster or the Street Triple RS. 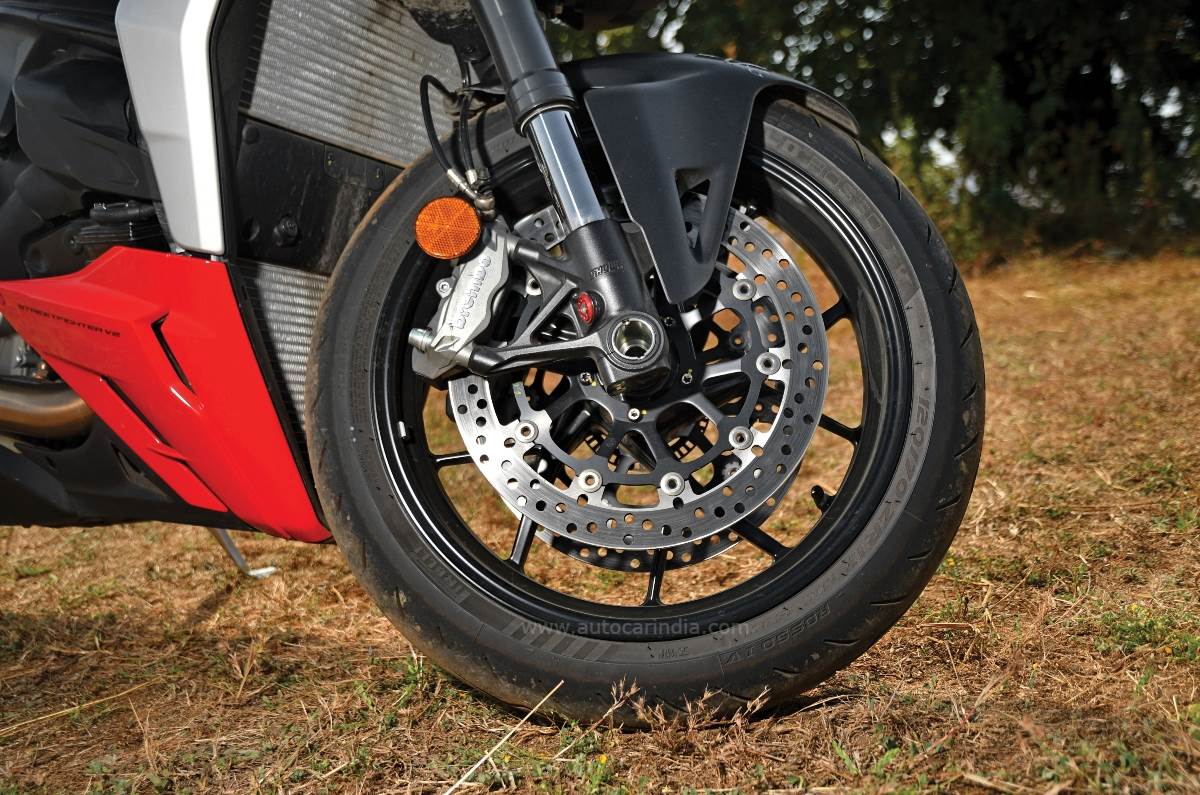 Brembo M4.32 brakes are good, but not outstanding.

The bike runs on Pirelli Diablo Rosso 4s, which were more than enough for the road, and there’s the usual Ducati suite of electronics. Although, unlike the Panigale V2 and SFV4, this one doesn’t get a dedicated Race mode. It’s also annoying that (like the Panigales and SFV4) there is no fuel gauge and you have to manage with just a low fuel warning light.

At Rs 18.10 lakh (ex-showroom, India), the SFV2 costs Rs 2.17 lakh less than its faired sibling and Rs 4.05 lakh less than the base SFV4. In the Ducati universe, that’s quite decent pricing, but in the real world, this is still a very expensive motorcycle, more so than the likes of the Kawasaki ZX-10R and the Suzuki Hayabusa. As far as rivals go, the closest would be the Rs 17.95 lakh, 180hp Triumph Speed Triple RS, which is faster and more affordbale, but you could argue that the Ducati feels a bit more involving and special. Since we’re on the topic, the SFV2’s build quality and finish are absolutely beautiful, but a few of the black plastics had edges sharper than I’d like. It’s a small nit to pick, but at this price, I think that’s fair to point out. Ultimately, the Streetfighter V4 still feels like the more special motorcycle, as well as the easier one to ride. If you can make the stretch, the V4 is the Streetfighter to have, but if not, the V2 is still a beautiful, intense, exotic and deeply desirable motorcycle.