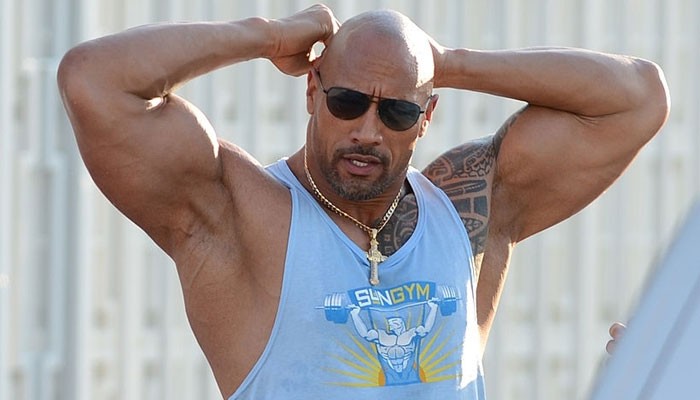 World renowned ex WWE fighter and actor, Dwayne ‘The Rock’ Johnson flexed his bulging biceps and showcased a display of strength during his ‘fight’ with a security gate that blocked his path on route to work.

With the shoot of his new movie Red Notice on his calendar for the day, the macho man ripped his own security gate off of its hinges in an effort to get to his shoot on time.

While this feat is incredible in in of itself, the actor recently recovered from COVID-19, and it appears not even a whole pandemic diminished his strength!

The Rock showed off his feat of strength over on his Instagram, all with a caption that had fans hooked right from the get go. It read, “Not my finest hour, but I had to go to work. We experienced a power outage due to severe storms, causing my front gate not to open.”

The post went on to read, “I tried to override the hydraulic system to open the gates, which usually works when power goes out – but this time it wouldn’t. Made some calls to see how fast I can get the gate tech on site, but I didn’t have 45min to wait.”

“By this time, I know I have hundreds of production crew members waiting for me to come to work so we can start our day. So I did what I had to do.”

“I pushed, pulled and ripped the gate completely off myself. Ripped it completely out of the brick wall, severed the steel hydraulics and threw it on the grass.”

He concluded his show of strength off with a statement that left his adoring public in fits of laughter, “My security team was able to meet the gate technician and welders about an hour later — and they were apparently, “in disbelief and equally scared.”