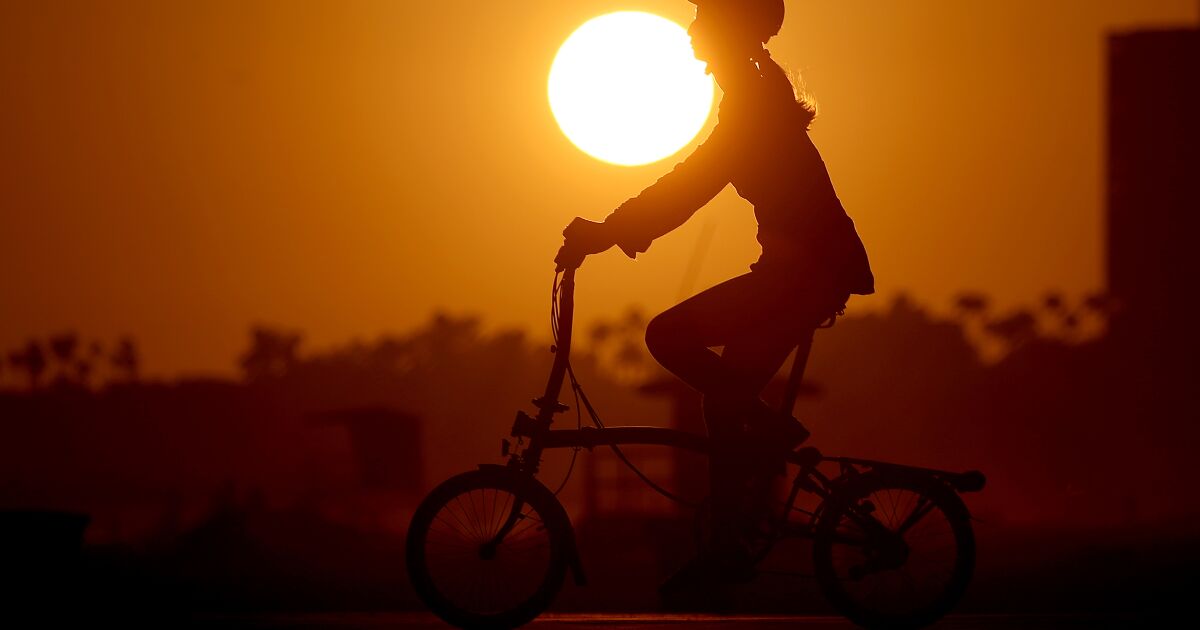 The worst heat wave of the year is bearing down on California, but efforts by state lawmakers to take coordinated action to protect residents from these climate-fueled disasters have largely fizzled out.

Proposed legislation would have, among other things, created a chief heat officer position to coordinate the state’s response to extreme temperatures, required health officials to report heat-related deaths and hospitalizations in near real time and set safe- temperature standards and cooling requirements for residential units. But now, with the legislative session over, some of the most meaningful measures have either died or been watered down, in effect delaying urgently needed actions that would save lives during heat spells just like the one currently broiling much of the state.

It’s powerful evidence of the huge disconnect between the worsening climate effects people are suffering and what those in power are actually willing to do about it. It’s especially jarring at a time when the urgency is hitting us right in the face, as rising temperatures from greenhouse gas pollution make heat waves more frequent, severe and long-lasting.

This summer has been downright scary. China is suffering a months-long heat wave with no historical precedent, and the United Kingdom recorded its highest temperature on record, 104, during a European heat wave in July that killed thousands of people. California is in the early days of a severe, prolonged and life-threatening “heat dome” that could persist for a week or longer and has already brought Flex Alerts urging residents to limit their energy use from 4 to 9 p.m. to avoid rolling blackouts. As if the heat wasn’t bad enough, the governor also issued an emergency order that will allow power plants, cargo ships and other big polluters to violate pollution rules to reduce strain in the electrical grid. That will contribute to poor air quality that is already surging to unhealthful levels as the heat exacerbates lung-damaging ozone pollution.

Oh, and don’t forget the wildfire that is spewing unhealthful smoke into the air and landing firefighters in the hospital with heat-related illness.

Suffering most from California’s lack of action to confront extreme heat are low-income communities of color that are disproportionately exposed to higher temperatures and the elderly, the infirm, infants and front-line workers who are at greatest risk of getting sick or dying from heat-related causes. It’s shameful that legislators could have helped these communities that are so often left behind, but chose not to.

The Legislature did pass some heat-related bills this year, including a measure to make California the first state in the nation to establish a ranking and advanced warning system for heat waves, which the Legislature sent to the governor’s desk. By providing escalating warnings of the severity and danger of impending heat waves, like we already do for hurricanes, fire risk and air quality, this program could help improve public awareness of a risk whose gravity far too many people do not understand — until it is too late. Lawmakers also set aside hundreds of millions of dollars over the last two years to pay for modern cooling centers, urban tree planting, school greening measures and other projects to help Californians cope with increasingly severe heat waves.

But the rest of their actions are small ball. Some require studies on the effects of extreme heat on workers, businesses and the economy, on prenatal health and other topics. Others require agencies to come back with recommendations for the Legislature, including on policies to ensure safe temperatures inside residential units. The Legislature passed a resolution that recognizes extreme heat as a “a serious and urgent threat” and calls on state agencies to do more. But it’s toothless and essentially meaningless if not paired with tough new policies to actually protect the most vulnerable. Studies, warnings and proclamations are no replacement for comprehensive action, which state lawmakers failed to take for a second year in a row. The Legislature did little to address failures to protect communities from extreme heat that were identified in a state-commissioned study released last year by UCLA’s Luskin Center for Innovation, which found the state’s response was fragmented “with no centrally-responsible authority.”

“Heat is one of the greatest climate injustices facing California, yet we have no coordinated action,” said V. Kelly Turner, a heat researcher who co-directs the Luskin Center. “So you get piecemeal actions that don’t actually address the problem.”

Californians will lose their lives during this heat wave, deaths that are largely preventable, according to public health experts. Lawmakers need to start treating these events like the emergencies they are, instead of stalling and dithering.

By passing the bulk of Newsom’s last-minute climate package this week, lawmakers showed that they can act quickly to do big things. But their approach will always be lopsided and unjust if it focuses on long-term measures while coming up short in protecting residents from effects that are happening today.

California’s leaders need to start giving this growing and deadly threat the attention that other environmental hazards, like air pollution, have had for decades. It shouldn’t take another deadly heat disaster to drive home that point.