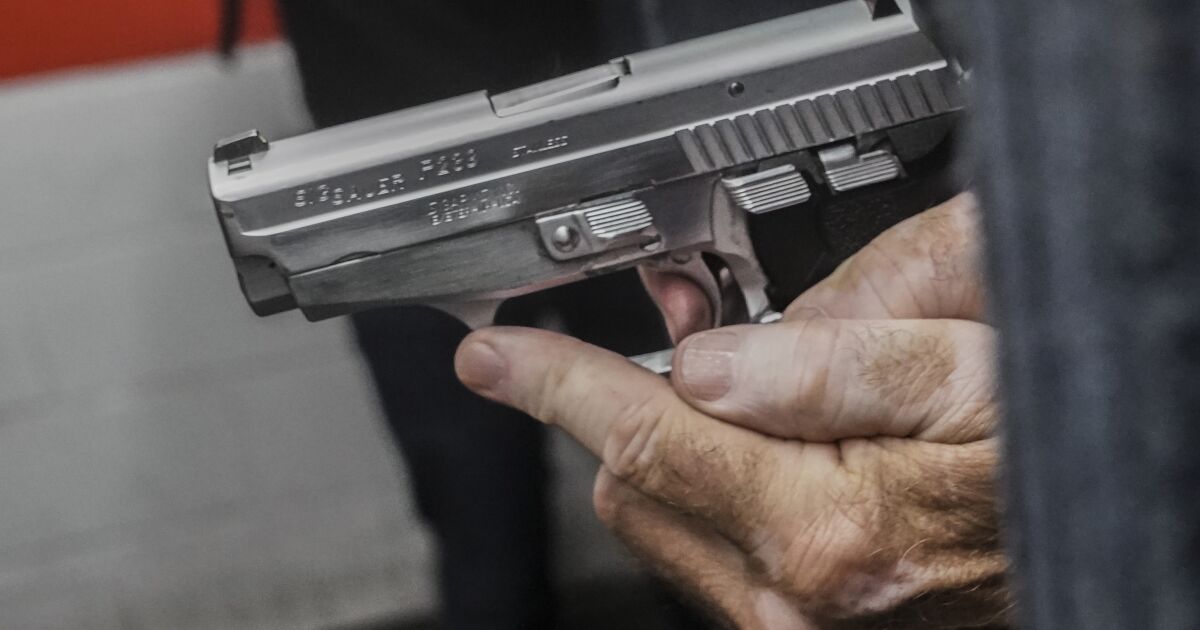 As the U.S. Supreme Court’s conservative majority unleashes its extreme gun rights agenda on the nation, we had hoped we could count on California’s Democratic-controlled Legislature to stand as a bulwark protecting public safety in the Golden State.

Those hopes were dashed this week when lawmakers rejected a critical gun safety bill. Arrogance, ineptitude and divisions among Democratic members allowed the pro-gun ideology to win, leaving Californians vulnerable to having more armed people in our communities and creating the potential for more violence.

In the final moments of the legislative session that ended Wednesday night, moderate Democrats in the Assembly joined with Republicans to kill a bill to update the state’s rules for issuing concealed weapons permits to comport with the Supreme Court’s landmark ruling in New York State Rifle & Pistol Assn. vs. Bruen.

This should not have happened in a Legislature where Democrats hold 75% of the seats — and can pass bills that require supermajority support and still have votes to spare. Democrats passed several other gun safety laws this year, so this defeat reveals a stunning lack of leadership in managing an important piece of legislation.

The Supreme Court ruling essentially invalidated California’s long-standing requirement that applicants for a concealed-carry permit demonstrate a reason they need one. As soon as the decision came down in June, Gov. Gavin Newsom said he had been “working closely with the attorney general and the Legislature for months” in anticipation that the state would need a new procedure for issuing concealed-carry permits. The proposal was unveiled in Senate Bill 918, written by Sen. Anthony Portantino, a Democrat from La Cañada Flintridge, and sponsored by Atty. Gen. Rob Bonta, also a Democrat.

The legislation would have replaced California’s “good cause” requirement for people seeking concealed weapons permits with new requirements that supporters said were consistent with the Bruen ruling. It would have raised the minimum age from 18 to 21, required at least 16 hours of training and expanded the elements of a background check to include character references and a review of public social media posts.

Portantino and Bonta saw their plan as so important to blunting the danger of the Bruen ruling that they included an urgency clause that would have made the bill take effect upon being signed by the governor, instead of the following year. But bills with urgency clauses need support from two-thirds of the Legislature, demanding extra diligence to build a strong coalition of lawmakers who will vote “yes.” It’s a high, but not impossible, bar when legislation is properly managed.

That was not the case with this bill. The Assembly brought it up for a vote Tuesday and it fell two votes short. On Wednesday, the final day to pass bills this year, Bonta spent hours working the Assembly floor to find more votes. He huddled with supporters and held meetings on a private balcony with lawmakers who seemed to be on the fence. A former assemblyman himself, Bonta has relationships in the Capitol that should have made him more effective at whipping votes. But when the bill came up a final time, it still fell one vote short of passage.

Portantino said he thought he had the necessary votes and was surprised his bill didn’t pass. But that suggests he hadn’t done enough to ensure it had robust support so that it couldn’t be tanked by one rogue Democrat. Portantino could have amended the bill so that moderate Democrats would support it, perhaps by scaling back the long list of places where guns would be banned. Or he could have removed the urgency clause so it could pass with a simple majority and take effect in January. Either approach would have been better than what we have now, which is no law at all.

Assembly Speaker Anthony Rendon (D-Lakewood) seemed uninformed about the prospects for the bill during a brief interview with an editorial writer after the late-night session ended. “I don’t really know why members stayed off,” he said.

Whether the bill failed because it was a policy overreach or because supporters flubbed the process, its demise means that California could see a spike in the number of people carrying concealed weapons without any new guardrails in place to prevent danger. Sheriffs and police chiefs can no longer ask people to show a good cause for seeking a concealed-carry license, though applicants remain subject to a basic background check and must complete eight hours of firearms safety training and show “good moral character.” Existing state laws prohibit carrying concealed weapons at relatively few locations, including polling places, the state Capitol and state parks.

In New York, on the other hand, a robust new law responding to the Bruen ruling took effect this week, banning ordinary citizens from taking guns to schools, churches, subways, theaters and amusement parks, among other places deemed “sensitive.” New Yorkers who apply for concealed-carry permits will have to complete 18 hours of safety training and provide a list of their social media accounts for the last three years under the law the state Legislature passed the week after the Supreme Court ruling.

Portantino said he intends to reintroduce the legislation when California lawmakers reconvene in December. But even if passed, the law may not take effect until 2024. That’s a long time to wait for a common-sense update to our gun laws. It didn’t have to be this way.