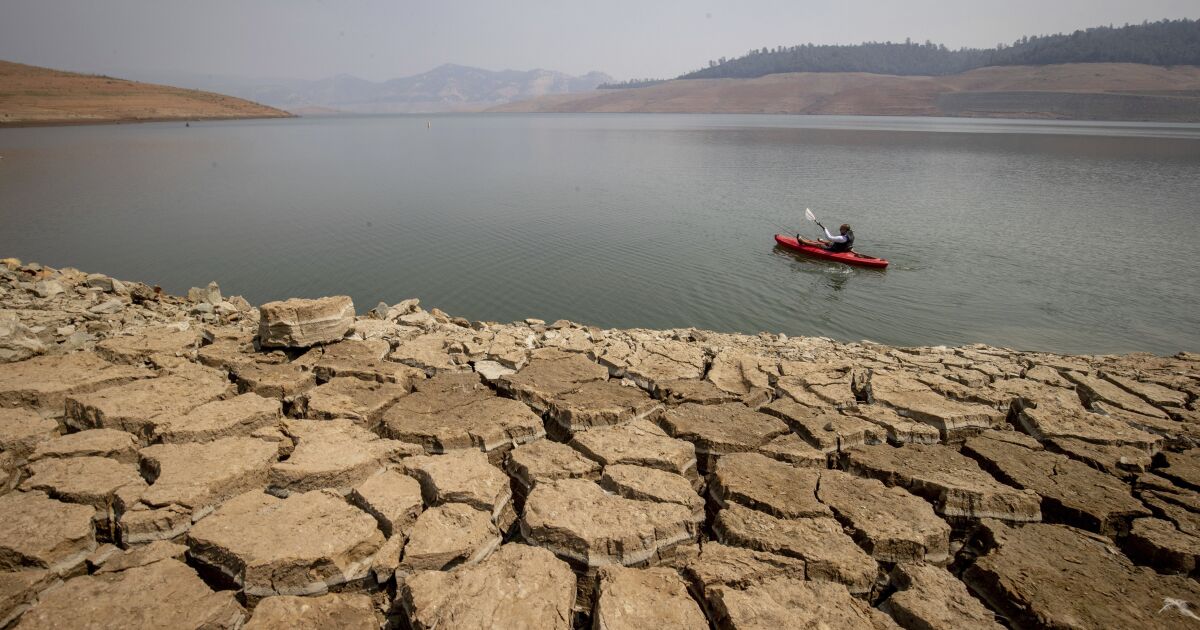 Max Gomberg, water conservation and climate change manager at the State Water Resources Control Board, quit in July and wrote a resignation letter charging that Newsom hasn’t let the board do the work it must do to properly manage the state’s water. His note cited, among other things, a need to “quickly and permanently [reduce] agriculture to manage the loss of water to aridification.”

The following month, Newsom presented a Water Supply Strategy that lays out his program for adapting to a future with at least 10% less usable water within the next two decades because of changing climate patterns. California is getting less rain and snow when we need it and more heat, drawing moisture from the landscape.

The most welcome aspect of the document is the straightforward terms used to discuss the looming crisis. For example, rather than merely discussing how California can rebound from a drought — a difficult but temporary dry period — there is an acknowledgment that the state will continue to get hotter and drier. But in leveling with Californians, the governor could stand to be even more frank. Much of the state is in danger of becoming desert.

As for proposed actions, the plan is more a recapitulation of existing programs and policies, most of them inadequate, than a bold new response to the belated official realization that California needs far more than drought resilience. It is not a plan to prevent a supply crisis like the one in South Africa, which has a similar climate, and in 2017 Cape Town came close to becoming the world’s first major city to run out of water (the emergency remains dire in much of the region).

Newsom is correct to note that conservation alone will be insufficient. But California still needs to reduce its water use, and to a greater degree than the governor has ordered or proposes in his supply plan. His predecessor imposed the first-ever statewide mandatory water-use restrictions in 2015. The current shortage is even more severe, yet Newsom demanded only voluntary cuts during the recent record-setting arid winter. Californians didn’t cut back, perhaps because the governor’s response seemed to downplay the emergency.

Turf-removal programs and water-limiting plumbing standards are fine programs but have been in place for decades. We need pricing structures and conservation incentives updated to reflect projected 2040 supplies, and not just bounties for ripping out lawns.

Newsom promotes water recycling, yet his 800,000 acre-foot annual target is actually a rollback from 20-year-old state goals. State funding is helping ambitious programs like the Metropolitan Water District’s recycling plant in Carson or the city of Los Angeles’ proposed conversion of the Hyperion treatment plant into a water purification and distribution complex, but not enough. The need is great, and immediate.

Desalination of seawater and brackish groundwater is appropriately part of the governor’s plan but because of energy and operating costs will never be the comprehensive or quick-fix solution that many imagine.

Nor will more dams, notwithstanding a handful of solid and cost-effective projects that should go forward. The water level at Lake Mead is already so low that states relying on the Colorado River had to accept unprecedented cuts to their supplies. California won’t be saved by building more reservoirs that we can’t fill.

Most notably, the missing link in Newsom’s Water Supply Strategy is the very thing Gomberg noted on his way out the door: a plan to reduce use by agriculture.

Farming uses 80% of all water diverted for human use in the state. And as aridity increases, agricultural acreage expands, and much of it is devoted not to annual crops like vegetables that allow fields to lie fallow in particularly dry years, but perennial orchard crops, like almonds, that demand constant irrigation even — and in fact especially — during dry years.

A water-wise California that continues to thrive in coming decades cannot survive without fallowing or retiring a portion of farmland that sucks up too much of the state’s water supply. There is little dispute about that. The only remaining question is whether we will face the key decisions head-on to determine which land will be fallowed, when that needs to happen and what compensation would be provided — or else proceed haphazardly, using up precious water and risk passing Cape Town as the spot on the globe most likely to run dry.