Editorial: Who pays the bill for sheriff misconduct? You do 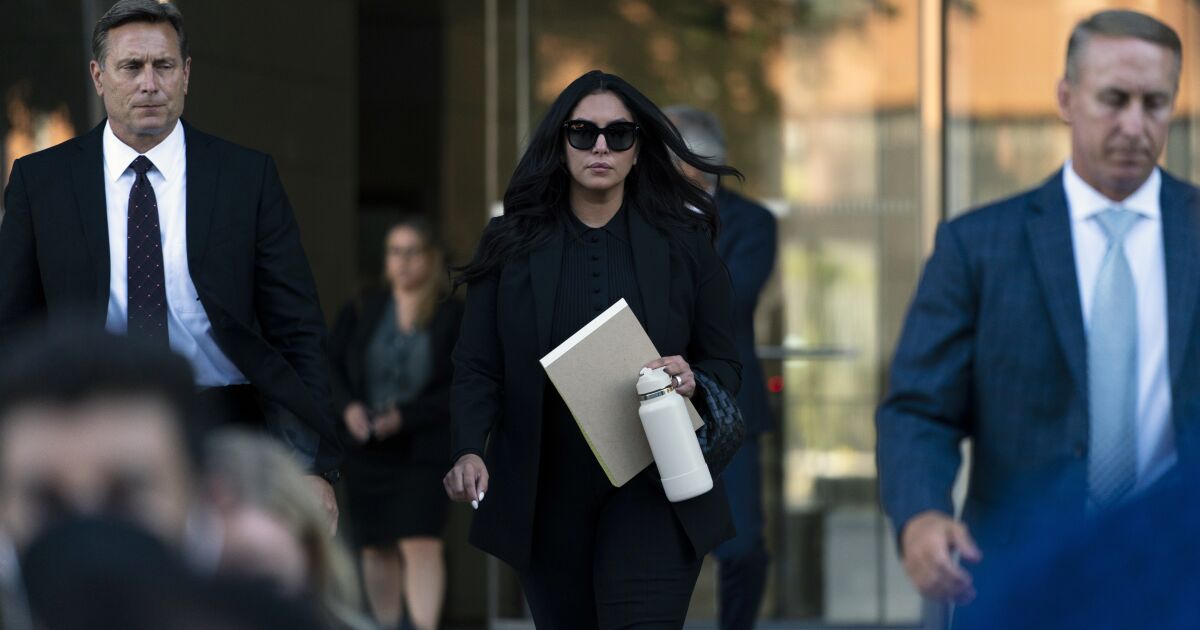 No sheriff’s deputies will come to your door to collect the $3 you owe as your part of last week’s judgment in the lawsuit brought by Vanessa Bryant and Chris Chester against Los Angeles County, but you’re still going to pay.

A federal jury last week awarded Bryant and Chester $30 million — $15 million per plaintiff — in damages caused by deputies and firefighters when they shared photos of the helicopter crash scene in which Lakers legend Kobe Bryant and eight others lost their lives on Jan. 26, 2020 (the judgment originally ordered was $31 million, but that turned out to be a mistake that was recently rectified). Deputies shared images of the crash victims’ remains with people outside the department, including at a bar.

The invasion of privacy and negligence judgment averages out to three bucks for each of the county’s 10 million residents. When combined with other verdicts and settlements arising from Sheriff’s Department misconduct, the cost will be paid in the form of fewer services performed by county personnel, whether in the case of fewer deputies on patrol, fewer minutes of lifeguard protection at county beaches, or perhaps a slightly longer response to a telephone inquiry about property taxes or mental health services. The loss will be so readily absorbed into the county’s $38.5-billion annual budget that it may hardly be noticed.

Nor will the other comparatively small but still huge legal judgments and settlements racked up by the Sheriff’s Department, such as the $3.9 million the county must pay to the mother of Dennis Rogers, a man armed only with electric hair clippers who was shot dead by a deputy amid a disturbance at a gym in March 2017. Or the $5.5 million the county is paying to settle a case brought by a woman who was sexually assaulted by a deputy during a ride-along when she was 14, also in 2017. Those were among the largest payouts the county had to make during the fiscal year that ended on June 30.

Given the lag time between incidents, lawsuits and the resulting verdicts or settlements, the reckoning for misconduct today won’t come for several years. But it will come.

The Bryant-Chester judgment is a reminder that, while deadly police shootings are the most egregious instances of police misconduct, and the most costly in human terms, they are not necessarily the most expensive financially.

Ideally, monetary judgments attributable to any kind of law enforcement misconduct would be paid by the department responsible for them, creating a built-in incentive for sheriff and police leaders to adopt internal policies to prevent similar behavior in the future. If law enforcement agencies were private businesses, they would buy insurance to cover legal liabilities, and those insurers would respond to large judgments by requiring a comprehensive overhaul of operations. Corporate chief executives would fire department heads who don’t control costs incurred by the misconduct of their personnel. Department heads would respond with behavior protocols and an assortment of employee incentives and sanctions.

It sometimes appears to work that way in local government, because cities, counties, school districts and others generally have liability insurance and conduct guidelines. But in law enforcement, there are several broken links in the accountability chain.

One of those faulty links became a matter of public debate after the May 2020 murder of George Floyd and the nationwide focus on police conduct. A court-created doctrine known as qualified immunity generally protects police officers and other government-employed officials from personal liability. Revoking or at least limiting that immunity became a key objective in a federal bill to improve police conduct. It generated fierce law enforcement opposition and became the primary reason the measure failed to gain bipartisan support. Today, it is exceedingly rare for law enforcement officers to have to pay for their misconduct from their own pockets.

The victims and survivors of law enforcement misconduct who can’t go after individual officers can still sue police and sheriff’s departments, resulting in billions of dollars of liability nationwide — $2 billion over five years for the nation’s 20 largest police agencies, according to a 2020 Wall Street Journal analysis. The lawsuits make headlines when they are filed, and when trials (or settlement talks) result in huge payments to the plaintiffs.

But after that the costs are generally forgotten, and that’s another broken accountability link. Boards of supervisors and city councils rarely cut police agency budgets in response to costly misconduct, because that appears to the public to mean less protection against crime. That’s the racket: The public has to suck it up one way or another, paying either the bill for police misconduct or the presumed public safety cost of diminished policing.

Fixing that link is one objective of police reformers who reject the presumption that smaller police budgets translate into less public safety. Spending less on police and more on prevention and support programs, they argue, would mean not just better safety but more police accountability. But they have yet to persuade a majority of the public or elected officials.

In Los Angeles County, the situation is exacerbated by the fact that the Sheriff’s Department is overspending. Its annual budget includes an account for legal liabilities, but when the department is over budget, the county picks up the difference and distributes the losses across its other operations.

Sending deputies door to door to beg for contributions to cover legal judgments might be fun to think about, but, of course, would create other serious problems.

Here’s another idea: What if the sheriff were evaluated and compensated, in part based on liabilities incurred by deputies? That’s not a short-term solution to misconduct. But in the longer term, as voters, taxpayers and activists look for ways to repair the broken links in the law enforcement accountability chain, it might make sense to tie a sheriff’s or police chief’s job security and compensation to his or her ability to correct the costly wrongdoing of rank-and-file deputies and officers.