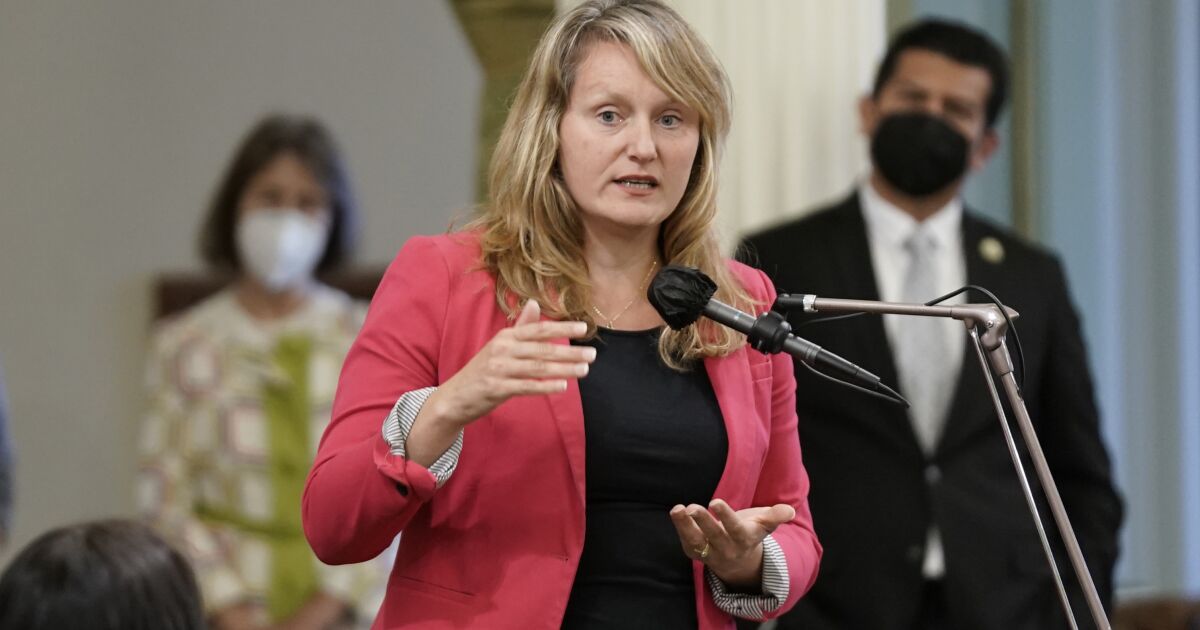 When the Supreme Court obliterated the constitutional right to an abortion by overturning Roe vs. Wade in June, lawmakers in nearly half the states hurried to enact bans and draconian restrictions on abortion. But other legislators and advocates — including in some of those states hostile to abortion rights — stepped in to sponsor constitutional amendments to protect that right. This year, five constitutional amendments on abortion —some guaranteeing a right to it, some stating there is no right — have qualified for state ballots across the country, and more are in the process of getting on the ballot.

On Nov. 8, California voters will decide on Proposition 1, an amendment to the state constitution explicitly guaranteeing the right to abortion and contraception. We wholeheartedly support this effort to enshrine in the state constitution a right that the majority of the Supreme Court wrote off as not deserving protection. This proposition is worthy of your vote.

Do we need it? Frankly, every state needs to have the right to abortion stated in its constitution. That includes California, though it is already one of the most progressive states in the nation on reproductive rights and lawmakers have passed new laws confirming the state’s status as a haven for abortion.

Currently, the state’s Reproductive Privacy Act declares that everyone has a fundamental right to privacy, which includes the right to contraception and abortion up to the point of viability, unless carrying to term poses a risk to the health of the pregnant person. And the California Supreme Court has interpreted the right to privacy in the state constitution to cover a right to abortion. Although these protections are reassuring, they aren’t enough.

For example, consider this possible scenario: A conservative majority takes control of the California Legislature and governor’s office and passes a six-week abortion ban. (Sounds far-fetched? Since the fall of Roe and the assault on democracy, nothing should be taken for granted.) Of course, abortion rights advocates would sue, arguing that the ban was illegal because the California courts had interpreted a state constitutional right to privacy to include a right to abortion.

But future California judges hearing the lawsuit could see it differently and decide their predecessors were wrong to rule that the California constitution protects abortion rights. Essentially that’s what happened with the Supreme Court when it overturned Roe in the Dobbs vs. Jackson case.

Proposition 1 puts abortion in the state constitution — explicitly, unquestionably — and it doesn’t leave its connection to the constitution up for interpretation.

Opponents include antiabortion groups, faith-based organizations, the California Catholic Conference and the Republican Party of California. They argue the amendment is too broad and vague and would override the existing law, which limits abortions to pre-fetal viability unless the pregnant person is at risk. The California bishops say the unrestrictive language would encourage and protect late-term abortions.

Proponents say that the constitutional amendment does not grant unfettered access to abortion. Instead it lays out the fundamental right to abortion in a broad framework which legislators can fill in with reasonable regulations or restrictions. The amendment does not override the current law — restricting elective abortions to pre-viability. It’s worth noting that the current law is based on a court ruling that the state constitution’s right to privacy covers abortion and that right to privacy is no less broad than this constitutional amendment.

In fact, legislators could change the law right now and make it less restrictive. Or they could change the law and make it more restrictive. Neither has happened. But here is the key reason to vote for the measure: When a constitutional amendment is in place, any restriction that violates a right to abortion won’t survive a court challenge without an extraordinary justification.

This amendment makes clear that the right to abortion in California will be preserved against future political shifts. That is something every voter should support. Vote yes on Proposition 1.

Share
Facebook
Twitter
Pinterest
WhatsApp
Previous article
Nicholas Goldberg: How did Fox News use its power after 2020 election?
Next article
Commentary: More workers are trying to unionize. Support will be crucial to their success