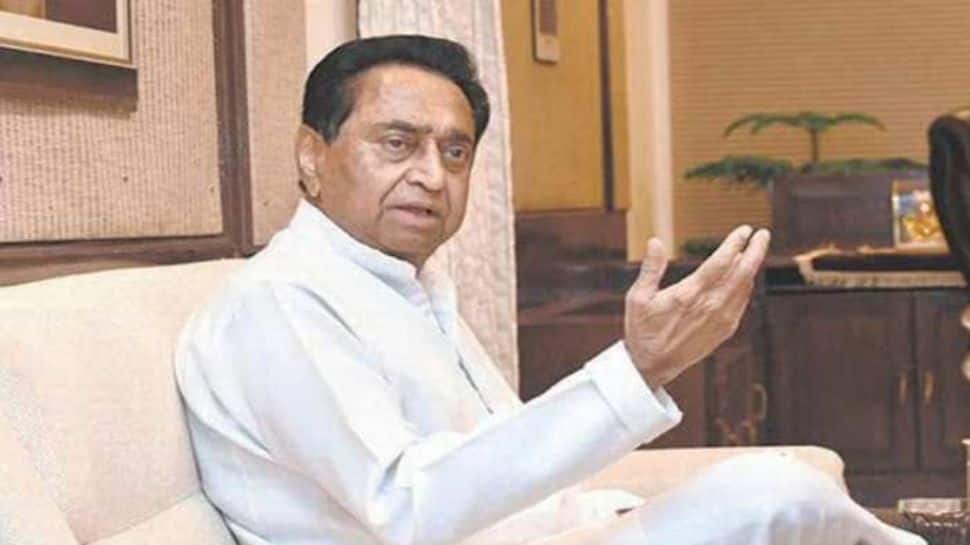 Indore: Amid a row over Congress tweeting an image of Khaki shorts on fire and the BJP accusing it of spreading hatred, Madhya Pradesh Congress chief Kamal Nath on Tuesday said the saffron party is blowing the issue out of proportion as it is rattled by the success of “Bharat Jodo Yatra” led by Rahul Gandhi. Nath claimed Prime Minister Narendra Modi changes his clothes three times in a day and has a suit allegedly worth Rs 10 lakh, days after the Bharatiya Janata Party (BJP) suggested that Rahul Gandhi wore a T-shirt costing more than Rs 41,000 during the yatra.

“Why does the BJP associate itself with knickers? If a person wears shorts, does he belong to BJP? Does everyone in the BJP wear shorts?” he asked while speaking to reporters here. The Congress veteran alleged the BJP wanted to divert the attention of the public from the successful “Bharat Jodo Yatra” and thus blowing the “Khaki shorts” issue out of proportion.

A controversy erupted after Congress on Monday tweeted an image of Khaki shorts on fire on Twitter with a caption “to free the country from shackles of hate and undo the damage done by BJP-RSS”. The BJP and the RSS have accused the Congress of spreading “hatred and contempt” and called it (the posting of the image) a “blatant instigation for violence”.

Also Read: ‘Their BAAP-DADA also tried to…’: RSS hits out at Congress over ‘Khaki on fire’ tweet

“The BJP sometimes talks about the shoes or T-shirt Rahul Gandhi wears during the yatra, but the ruling party is not talking about Prime Minister Narendra Modi’s suit allegedly worth Rs 10 lakh,” he said and claimed that PM Modi changes clothes thrice a day.

Queried on his absence in the Legislative Assembly on the first day of the monsoon session despite him being the senior leader of the opposition party, the Chhindwara MLA said he couldn’t attend as he is visiting Indore and Agar Malwa.