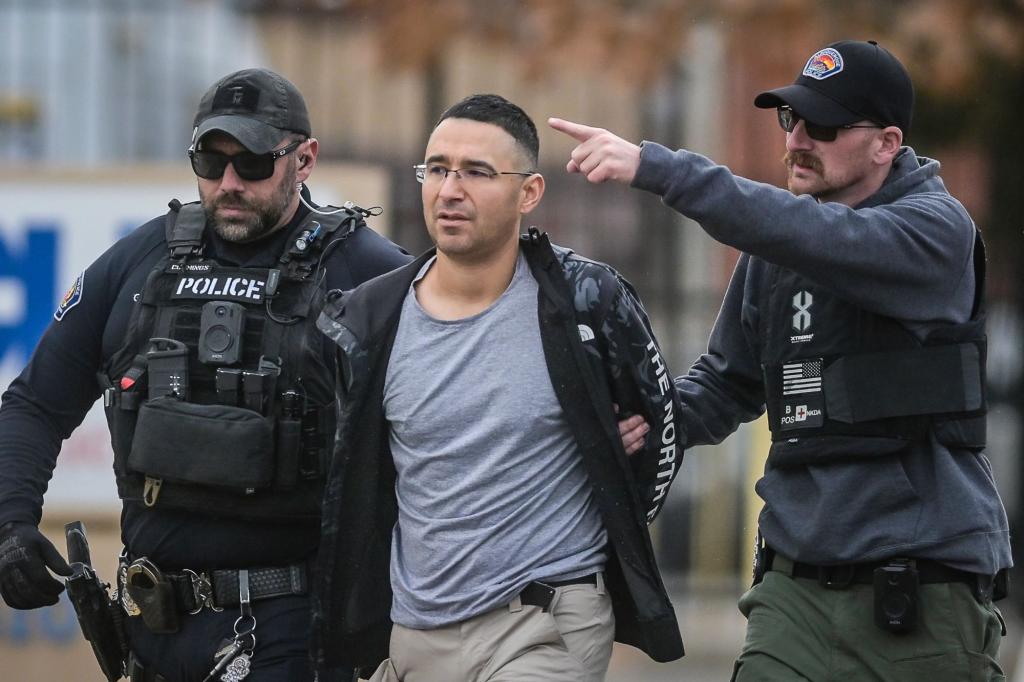 A failed Republican candidate for New Mexico’s state legislature who claimed the election was “rigged” was arrested Monday for allegedly orchestrating a string of shootings at the homes of Democratic officials in the state, police said.

Solomon Pena, who ran for a state House seat last November, was taken into custody in Albuquerque after a standoff with a SWAT team. He’s accused of hiring four men to open fire at the homes of two Bernalillo County Commissioners Adriann Barboa and Debbie O’Malley and state Sens. Linda Lopez and Moe Maestas, according to authorities.

Deputy Commander Kyle Hartsock said at least five people, including Pena, were involved in the shootings — but the former political candidate was described by police as the “mastermind” behind the crimes and allege he was shooter in one instance.

Police believe Pena’s election loss may have motivated him to organize the attacks.

“He had complaints about his election he felt being rigged,” Albuquerque police spokesman Gilbert Gallegos said on Monday, according to NBC News. “As the mayor said, he was an election denier — he doesn’t want to accept the results of his election.”

The election results were unanimously certified by New Mexico’s state Canvassing Board.

“I didn’t lose nada, it was rigged,” Pena posted on his Twitter account on Jan. 2, three days before the last shooting he allegedly went on to set up.

Pena reportedly met with three county commissioners and a state senator shortly before the shootings to discuss the results of the election. Some of the officials he met with were targeted by the gunmen, according to Gallegos.

“One [meeting] actually led to quite an argument, I believe,” Gallegos said. “It was shortly after that the shootings occurred.”

“Pena, an unsuccessful legislative candidate in the 2022 election, is accused of conspiring with and paying four other men to shoot at the homes of two county commissioners and two state legislators,” Medina said during a Monday press conference.

Albuquerque Mayor Tim Keller said “this type of radicalism is a threat to our nation and has made its way to our doorstep … but I know we are going to push back, and we will not allow this to cross the threshold.”