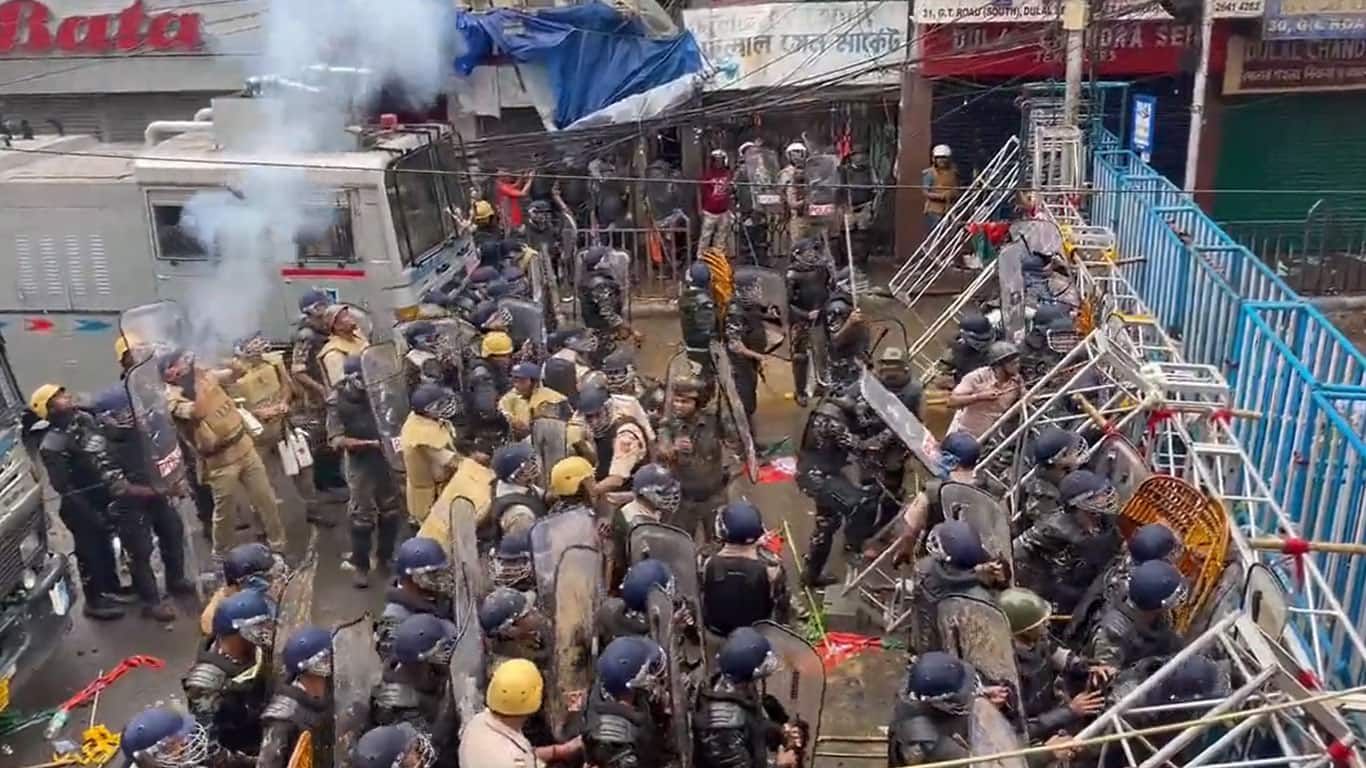 KOLKATA: Suvendu Adhikari, the Leader of Opposition in West Assembly, on Tuesday warned that his party’s fight against the “corrupt” Mamata Banerjee government will continue in West Bengal after a violent face-off with the state police during the Nabanna Cholo protest march in capital Kolkata.

“Hands and feet of many (BJP) workers were broken, and more than 200 workers were injured. We’ll fight against this,” LoP Suvendu Adhikari said after being released by police following a violent ‘Nabanna Chalo’ march. The Bengal BJP leader said that the “BJP will call a press conference and reveal party’s next course of action.”

Meanwhile, Calcutta High Court sought a report from West Bengal Home Secretary over today’s BJP ‘Nabanna Abhijan.’ The High Court said that the report must be submitted on or before September 19.

Calcutta High Court seeks report from West Bengal Home Secretary over today’s BJP Nabanna Abhijan; report to be submitted on 19th September. The HC further directs the Police to not illegally detain any person and also ensure that there is no damage to public property. pic.twitter.com/bec03NJzpO
— ANI (@ANI) September 13, 2022

The High Court also directed the West Bengal police to not illegally detain any person and also ensure that there is no damage to public property. The directions from the high court came after the streets of Kolkata turned into a virtual battlefield on Tuesday afternoon as BJP activists, marching to the West Bengal Secretariat to protest corruption issues, clashed with police.

A police vehicle was torched, while a BJP councillor of the Kolkata Municipal Corporation, an Assistant Commissioner of Police and several others, including both BJP supporters and police personnel, were injured.

At around 3 PM, a group of BJP supporters led by the party`s national Vice President, Dilip Ghosh and the party`s state General Secretary, Jagannath Chattopadhyay, started moving towards the state secretariat, Nabanna from BJP`s state headquarters at Muralidhar Sen Lane.

1.1 Our fight will continue till the fall of #MamataGovt.

Our #CholoNobanno Abhiyan was held fighting against natural calamities, government obstacles and police hyperactivity. Water cannons were brought to disperse us which is totally unconstitutional. pic.twitter.com/1IaSDsdPgb
— Dilip Ghosh (@DilipGhoshBJP) September 13, 2022

As they reached central Kolkata, they came to know that the Leader of Opposition in Assembly, Suvendu Adhikari had been arrested and taken to the Kolkata Police headquarters at Lalbazar. At this, a section of BJP supporters from the arms, led by Chattopadhyay started marching towards the police headquarters and were able to reach its gates after breaking through the barricades.

Although the police were initially pushed back, soon a huge contingent of security personnel, led by senior officials of Kolkata Police, stopped the BJP supporters, following which clashes broke out there.

Violence also spread to the adjacent Mahatma Gandhi Road, where a police PCR van was allegedly set on fire by BJP supporters. An ACP and BJP councillor Meena Devi Purohit, along with several others, were injured.

Mahatma Gandhi Road, being a trading hub, has a number of shops with many storing inflammable items. The burning PCR van created panic in the locality and the traders quickly pulled down the shutters of their shops. However, the fire tenders quickly rushed to the spot and extinguished the fire before it could spread further.

A police kiosk there was also vandalised by the BJP supporters. However, BJP state President Sukanta Majumdar alleged that the PCR van was set on fire by the police only and blame was put on his party supporters. Senior city officials, however, rubbished his claims.