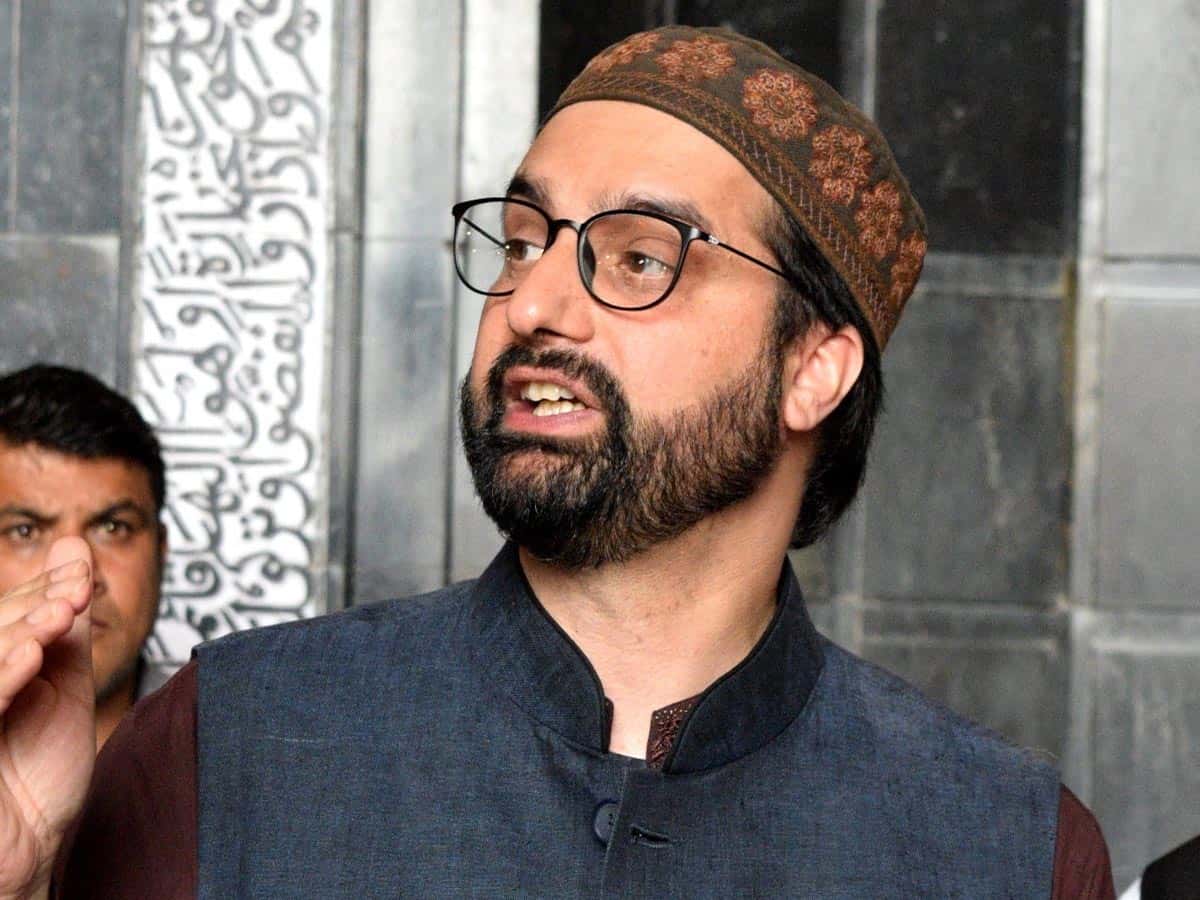 The chief cleric of Kashmir Mirwaiz Umar Farooq is expected to deliver his traditional Friday sermon at historic Jamia Masjid tomorrow after a big gap of three years. He has been under house arrest since August 5, 2019.

Mirwaiz Umar Farooq, who doubles up as the chief cleric and chairman of the separatist conglomerate All  Parties Hurriyat Conference is a prominent religious-political figure in the Valley and his house arrest had become a source of big resentment among his supporters who are mostly concentrated in the downtown area of Srinagar.

Although it was on August 5 when he completed three years in house detention, the matters about his arrest and the nature of charges came to fore when Lieutenant Governor Manoj Sinha in an interview with an international media outlet dismissed the reports that “Mirwaiz was under arrest.” Sinha had claimed that the Mirwaiz was a freeman and the police deployment around his house in Nageen, in the suburbs of Srinagar, was due to his own security.

This claim was challenged by the supporters of Mirwaiz and the organization Awami Action Committee that he heads, who said that they were amazed at this assertion by the administration. They said that Mirwaiz was not being allowed to meet anyone from outside nor move out of the gates of his house. Some of the media persons approached his residence to verify the government claim and they were told that the police deployed outside his residence had instructions not to allow anyone to meet the Mirwaiz.

Now, however, things have changed since last evening when the police vehicles were moved away from the gates, thus giving unmistakable indications that something is about to happen.

By this afternoon the pieces of the puzzle had started falling in place as the management of the Jamia Mosque, where thousands of residents offer prayers every Friday, started making arrangements for the prayers scheduled for tomorrow. They also made arrangements for the sermons that Mirwaiz delivers on such congregational prayers.

In fact, the authorities have indicated that they would determine the route of Mirwaiz from his residence to Jamia  Masjid and back, for security reasons.

The security of the Mirwaiz has been the concern of the administration for multiple reasons – his father Mirwaiz Moulvi Mohammad Farooq was shot dead by the militants belonging to Hizb-ul-Mujahadeen militant outfit on May 21, 1990, and in 2004, soon after he entered into dialogue with the Government of India, his uncle Mushtaq Ahamd was killed by assailants. Mirwaiz, himself was targeted by the radical elements, who were opposed to his dialogue pitch with Delhi and Islamabad.

Tomorrow will determine whether his release is permanent or a temporary phenomenon. This will also depend on the behaviour of the crowd at the mosque. Right now everyone is keeping their fingers crossed.

The oldest Delhi school is older than Delhi

How Biden can do right by undocumented Americans

Is it a bank holiday in Gujarat today?

LTIMindtree commences trading with its new name; stock down 1%

Is it a bank holiday in Gujarat today?