From hell to heaven: Can Antony be the missing piece in jigsaw for Tite’s Brazil? 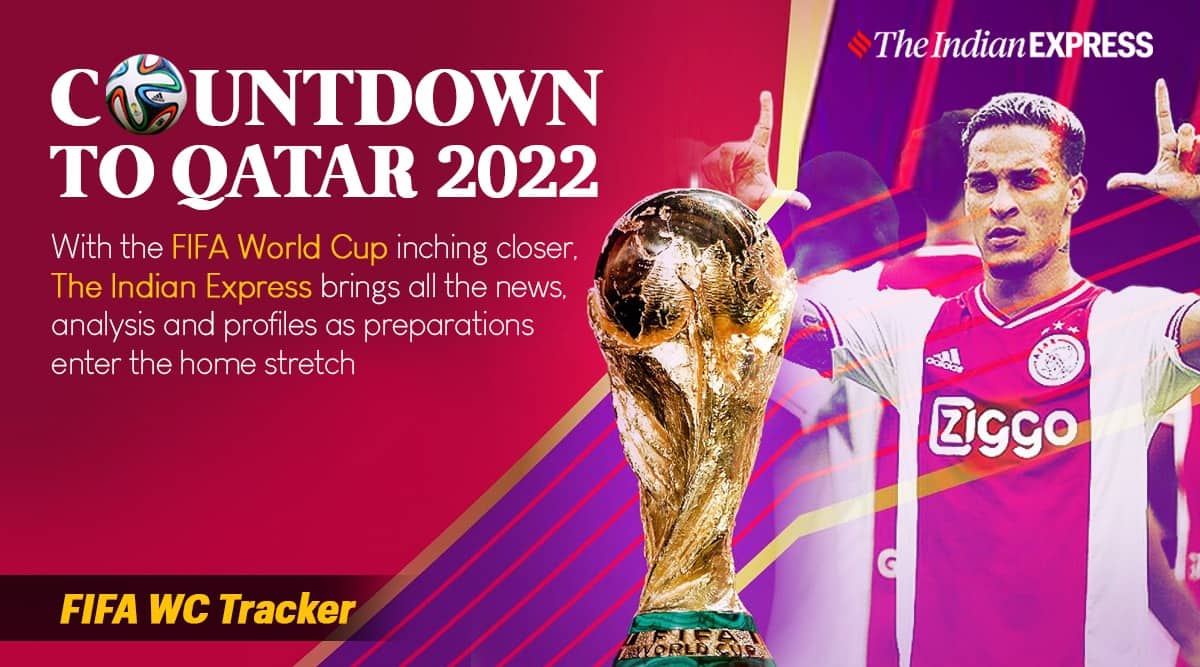 It all started at a favela in Sao Paulo called Inferninho. Translated literally, it means Little Hell. And Antony dos Santos grew up right in the middle of it. Surrounded by drugs, gang wars, police chases and murders.

Twenty yards from his house, he’d recalled in a recent interview, a young Antony would see drug dealers going about their business. “Sometimes,” he told Sky Sports, “you’d be watching the game on a Sunday and there would be that smell of cannabis coming into our house. There were moments when my brother, sister and I would cry and hug each other thinking about our lives.”

From living in hell, Antony now finds himself in heaven. And he’s also touted as the player who can help his country Brazil reach the promised land and lift the World Cup in Doha this December.

Since the 2014 World Cup, the hopes of all Brazilians have rested on just one player — Neymar Jr.

Eight years ago, the pressure of playing in front of home fans broke Neymar’s back. The injury that he suffered against Colombia in the quarterfinals ruled the forward out of the semifinals and without him, Brazil looked spineless, enduring the humiliating 7-1 loss to Germany.

At Russia 2018, a stumbling and stuttering Neymar was just beginning to find his stride when Brazil met a Belgium team in top form and were knocked out in the quarterfinals.

Come November, while Neymar will still be the talisman for Brazil in Qatar, he’ll be happy to share the spotlight with Antony, the Manchester United midfielder who has been the talk of the football world since making his move from Ajax.

Fight for spot in playing XI

Antony, at the moment, isn’t a guaranteed started in Tite’s XI. If Vinicius Junior is played on the left wing, that would leave Antony and Raphinha fighting for the spot on the right with Neymar playing through the centre. Brazil’s friendlies this month against Ghana (September 24) and Tunisia (September 28) could give a glimpse into Tite’s mind but given the recent form, it’ll be hard for the tactician to ignore Antony.

With magnificent creativity, sublime skills and exemplary Brazilian flair, the 22-year-old’s threat on the right flank can perfectly complement the threat Neymar possesses.

Antony knows just one way to play, especially in the final third: “Dribbling,” he had said. “it’s the Brazilian way, isn’t it? Dribbling, speed, scoring goals and celebrating with the fans and everyone else.”

Though Antony has suddenly shot into limelight since his €95m transfer from Ajax to the Red Devils – making him the most expensive player in the world this year, the second-most expensive player in Manchester United’s history and the fourth-highest transfer in Britain – his struggle has been a long one, one that began in the outskirts of Sao Paulo, at Inferninho.

It may seem like a typical Brazilian footballer’s journey for Manchester United’s latest acquisition. Being brought up in the favelas, then playing for your local Brazilian team before impressing some European scouts. Then a bigger club comes along and pays an astronomical amount to sign you.

While the background of the story may be the same, Antony’s tale is quite extraordinary.

It was his brother, now his agent, who taught him to play the sport, to dribble and to score goals.

In 2010, shortly before his 10th birthday, Antony joined the youth setup of Sao Paulo.

“In Sao Paulo, everyone was saying we have an amazing player,” former Sao Paulo executive director Alexandre Passaro told the BBC World Football podcast. “I went there to watch him. I saw a very, very thin boy, shy, small. When I saw him, i thought come on maybe I was imagining something different. But then, he started playing. On the pitch, he was emotional, very happy. He has that Brazilian happiness of play that’s hard to find.”

After developing at their academy, Antony made his debut in 2018 and his game reached a different dimension. In the 2019 season, he made 29 appearances, scoring four goals and making six assists in the league, as an underwhelming Sao Paulo stumbled to 6th place. His performances though didn’t go unnoticed, and Ajax came calling.

Playing on the right wing at Ajax, Antony showed an exceptional level of close control. He could change direction very quickly, which made defending against him a nightmare. More importantly, he played under current Manchester United manager Erik Ten Hag, who was then the coach of Ajax.

Ten Hag’s extreme focus on tactics and technique is what really transformed Antony into the dangerous player that he has become, winning two Eredivisie title. When he moved to United, he knew he just had to get Antony into his team there.

Having Antony at United can also be a blessing in disguise for Brazil and Tite. After all, three of their four midfielders play at Old Trafford: New signing Casemiro has been an integral part of the Brazilian team combining with Fred lately in midfield.

While they haven’t started together in the Premier League as yet, there’s a long time for November. More importantly, having Casemiro in the team will help Antony to stay grounded. Young Brazilian players like Vinicius Jr and Rodrygo in Real Madrid often speak about how Casemiro helped them keep their feet on the ground and managed to see that they don’t stray away. And he’ll likely do the same with Antony at Man United.

With this midfield trio, Brazil are slowly morphing into a fearless, attacking team, but as for Antony, he’s just getting started.