GOP tries to neutralize Scott-McConnell ‘distraction’ amid battle for Senate 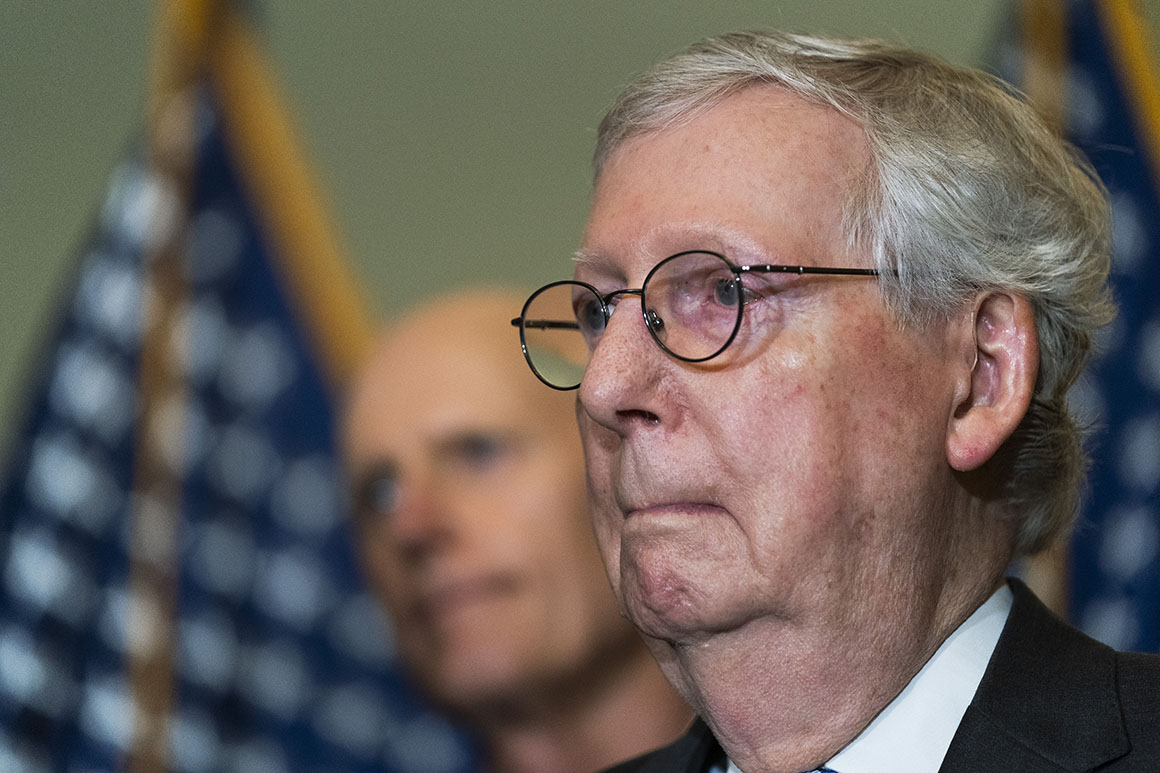 “I don’t think it ever makes sense,” said Sen. Thom Tillis about the GOP infighting. The North Carolina Republican, who said he has confidence in Scott, added: “We need to focus on the races that we can win and an environment that’s positive. And all of this is a distraction away from what most voters are going to be motivated by.”

The two architects of Senate Republicans’ campaign strategy have been at odds for months, a clash that’s captivated the Senate GOP and left many Republicans quietly muttering about potentially blowing a winnable election cycle. The drama started when Scott earlier this year introduced his own plan for Republicans if they win in the fall, prompting McConnell to push back privately and publicly on provisions levying new taxes and sunsetting laws.

Then, in August, McConnell said the Senate is less likely to flip Republican than the House in part because of “candidate quality,” leading Scott to publicly assert a “strategic disagreement” with the minority leader. Scott also ran an op-ed calling it “treasonous” to trash talk Republican candidates, a comment many took as a shot at people close to McConnell, if not the GOP leader himself.

After meeting with McConnell and the rest of the leadership team on Tuesday, Scott denied that barb was aimed at the Republican leader, pointing instead to “anonymous quotes” provided to media outlets.

Several Republican senators said after the meeting that there was little talk inside McConnell’s leadership suite of a split between Scott and the GOP leader. Still, the divide hung over the Senate’s return like Washington’s steamy early September weather.

And earlier on Tuesday, McConnell declined to comment on Scott’s op-ed in the Washington Examiner. He also did not answer when asked if he has confidence in Scott.

As they broke from the meeting, Senate Minority Whip John Thune (R-S.D.) summed up the party’s public view of the Scott-McConnell dynamic: “It’s a non-issue. Everyone’s focused on November.” And Sen. Joni Ernst (R-Iowa), the No. 5 GOP leader, said she has confidence in Scott as the party’s campaign chair.

And after embarking on an early ad campaign that dwarfed the Democratic committee’s spending at the time and an aggressive digital fundraising program chronicled by the New York Times, the NRSC has $30 million less than the Democratic Senatorial Campaign Committee at this point.

“It concerns me a lot that Democrats are going to massively outspend Republicans across the board,” said Sen. John Cornyn (R-Texas), a former two-time NRSC chair. “But as long as we have enough money to tell our story and defend our position I think our position will be fine.”

Despite voter concerns about inflation and the direction of the economy, POLITICO has declared control of the Senate a toss-up. There’s a variety of factors: The Supreme Court striking down Roe v. Wade, the Democrats’ money advantage and yes, GOP candidate quality in some battleground states.

With the battle becoming increasingly difficult, Republicans are circling the wagons to stop narratives about party infighting. Sen. Chuck Grassley (R-Iowa), an incumbent, summed the dynamics up this way: “What we have to do is just stick together as a team.”

Sen. Mitt Romney (R-Utah) said he’s not paying much attention to Scott’s recent comments about a “strategic disagreement” between the Senate campaign arm and the GOP leader, adding he has “full confidence” in McConnell.

“He’s proven the master of the long game; he also has been able to raise the kind of funding that’s necessary to get our folks elected. And I think people are always wise to stand behind Mitch McConnell,” Romney said.