Heatwave nearly broke our power grid and some of our readers 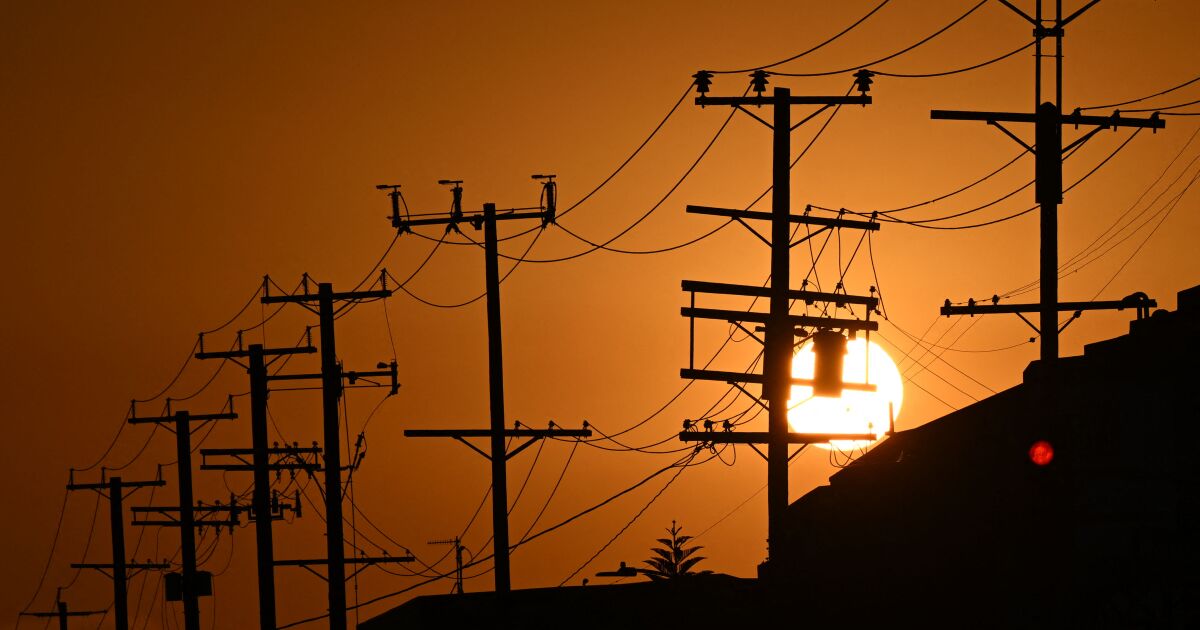 We’ve had hotter heat waves in Southern California, but I don’t recall any as depressing as the one that just ended. The humidity that showed up a few days in. The threat of rolling blackouts. The dangerously hot playgrounds. And the weather forecasts that sapped us of hope, seemingly every day tacking on another 100-degree day at the end.

And we didn’t even have it so bad. Did you hear how hot it got in Sacramento?

This heat wave was also a moment of reckoning for California as it adopts green energy and transportation mandates to combat climate change. Readers wondered how the shift to electric cars would play out if the power grid almost broke supplying energy to everyone’s air conditioners. Others expressed alarm over worse heat waves in the future amid intensifying global warming and continued fossil fuel production. Some said their homes, even air conditioned ones, became dangerously hot.

Reading all these letters made one thing clear: Even in a place where heat waves are nothing new, the near and distant future in much of California may be intolerable without serious changes.

To the editor: I am a disabled senior with chronic obstructive pulmonary disease who lives in an apartment with air conditioning.

Unfortunately, my building is 50 years old with a very strange air conditioning system. When it is really hot outside, my apartment gets to almost 90 degrees, and I feel like I am going to die.

The worst part is other tenants seem to have air conditioning that works — not great, but OK. I would say my apartment is uninhabitable, but since no one cares how hot it gets, the state needs better laws to address this.

I have a cat and will not leave it in this hot home alone. This is quite sad. I am also poor on Social Security, and I feel like I get half of what I pay for in rent. Please, someone fix this mess.

To the editor: Gov. Gavin Newson, Democrats and leftist media are driving California and trying to lead the U.S. back into the stone age with their obsession with electrification without supportive infrastructure. No electricity, no suitable batteries, no recycling processes.

We’ll be back to candle and torchlight while walking. And Newsom wants to be president. This is all nuts.

To the editor: The blare heard across the state saved the grid on one hot night in September. But what could we save — and how much less energy would we need — if we all conserved energy every day? What if we even set up some of our systems to be more energy-efficient?

Consider office air conditioning in buildings that are nearly empty on many summer days. These buildings’ thermostats are generally set to 72 degrees around the clock. How much would we save by setting them to 78 degrees from 5 p.m. to 6 a.m.?

Consider the near-blinding lighting at car dealerships and parking lots. What would we save by installing motion sensors, or cutting back just a hair on the number and intensity of lights?

There are solutions all around us that don’t require a lot of money — or really much at all, besides commitment and initiative.

The writer is director of the Frontier Group, an environmental research organization.

To the editor: During this oppressive heat wave, there has been a lot of concern about the energy consumption used by charging electrical cars and how it could impact the strained power grid. The plan to switch from internal combustion engines to electric raises a lot of questions about having enough capacity during the increasing number of hot spells.

From a technical standpoint, electric cars could also be a solution to this problem. Electric cars can store energy during low-demand periods and, with the right equipment and regulations, return it back to the grid during high-demand periods.

Many electric cars have large batteries capable of going 300 miles or more. Most of that capacity is rarely used and could be put to use to level out periods between low and peak periods. They also can be used to keep appliances running during blackouts.

The state, utilities and auto industry leaders should work together now to work out the technical issues. California has the opportunity once again to lead the nation in solving our climate and energy issues.

To the editor: I’m not turning the air conditioner down. This is the reason I bought one. I am running it full blast at 62 degrees, and it’s heaven.

To the editor: When I received the text message from the state of California warning of rolling blackouts without immediate electricity conservation, I thought about it, said “what the heck” and bumped up the thermostat a massive 1 degree.

I felt good about doing it. I also felt good learning from your reporting that a bunch of my brothers and sisters in California did similar things, which avoided rolling blackouts in much of state.

This was a win-win, for each individual and for the collective. Kudos to those who helped.