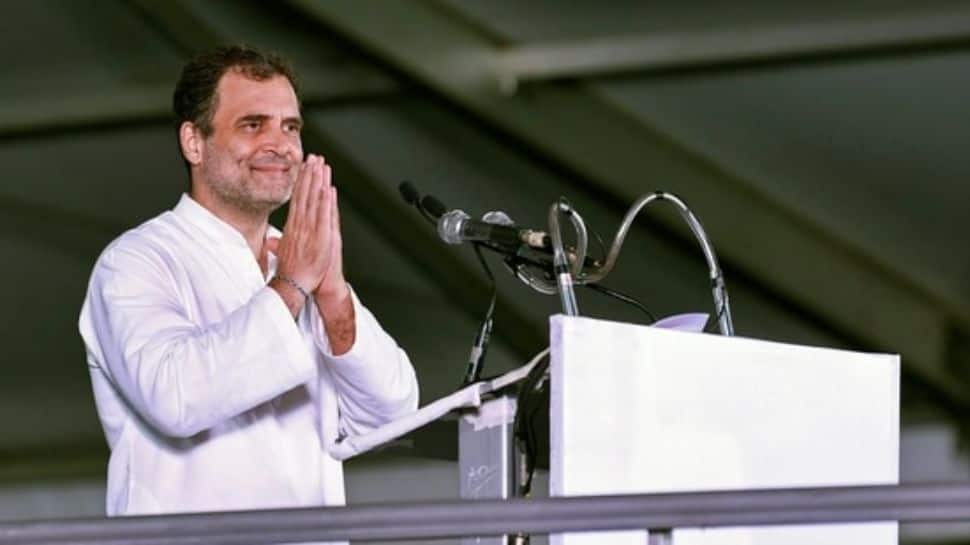 New Delhi: Congress leader Rahul Gandhi on Tuesday (September 13, 2022) again attacked the Bharatiya Janata Party (BJP) and asked how a party which calls itself a representative of Hindus is allegedly spreading ‘ashanti’ in the country when the first words taught in Hinduism is ‘om shanti’.

The Congress leader made the remark on the third day of the Kerala leg of Congress party’s Bharat Jodo Yatra, while addressing a huge crowd at Kallambalam in Thiruvananthapuram,

“Then please explain to me how a party that calls itself a representative of the Hindus was creating ‘ashanti’ in the whole country? Wherever they are going they are destroying harmony, they are attacking people, they are dividing people, abusing them,” Gandhi, also the MP from Wayanad, said.

“But the essence of all religions is peace, harmony and compassion. All religions teach us to respect each other and that is the spirit of the yatra, to unite all Indians irrespective of their religion, community, language, etc.,” Gandhi added.

Further, Gandhi also gave out details of his itinerary for the next day and said that he would be paying his respects to renowned social reformer Sree Narayana Guru at Sivagiri.

Earlier, the Congress leader had attacked the BJP by alleging that the saffron party has proved that hatred can be used politically and to win polls, but cannot generate employment.

The third day of the Kerala leg of the yatra went ahead amid intermittent rains and swelling public turnout, with the Congress leader saying that even blisters will not stop their journey as he and scores of yatris marched along the streets without an umbrella when it rained.

Gandhi, who has embarked on the 3,500 km Kanyakumari-Kashmir footmarch, said though the participants suffered from blisters on their feet, the campaign would go on.

In a Facebook post, Gandhi said, “even though the feet have blisters, We are out to unite the country, We are not going to stop. #BharatJodoYatra,” and uploaded a related video clip.

The 150-day foot march was launched from Kanyakumari in neighbouring Tamil Nadu on September 7 and will cover 12 states and two Union territories.

The Bharat Jodo Yatra, which entered Kerala on September 10 evening, will traverse through the state covering 450 kilometres, touching seven districts over a period of 19 days before entering Karnataka on October 1.