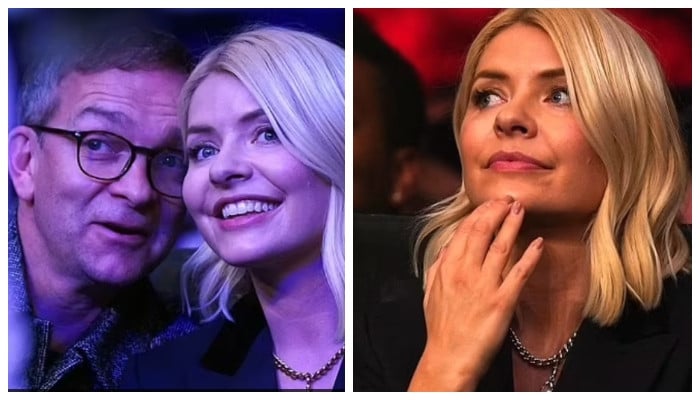 Holly Willoughby turned heads in her recent outing as she enjoyed a date night with her husband Daniel Baldwin on Saturday.

Watching the KSI v FaZe Temperrr boxing match at London’s OVO Arena Wembley. The This Morning presenter, 41, looked stunning in a black blazer as she sat ringside at the event with her producer beau, leaning in close while they giggled.

It’s a rare public sighting for the couple, who have been married for 16 years and keep their relationship away from the limelight.

Holly added some glamour to the chic suit look with a gold chain, and a pendant drop necklace.

While Dan opted for a grey blazer while leaning in to chat with his wife during the fight.

Holly and the TV producer have kept a famously private about their relationship since meeting in 2004.

They are parents to three children; Harry, 13, Belle, 11, and Chester, eight.