‘Honk for Jesus. Save Your Soul’ review: Sterling K. Brown and Regina Hall star in a dark satire about a disgraced megachurch 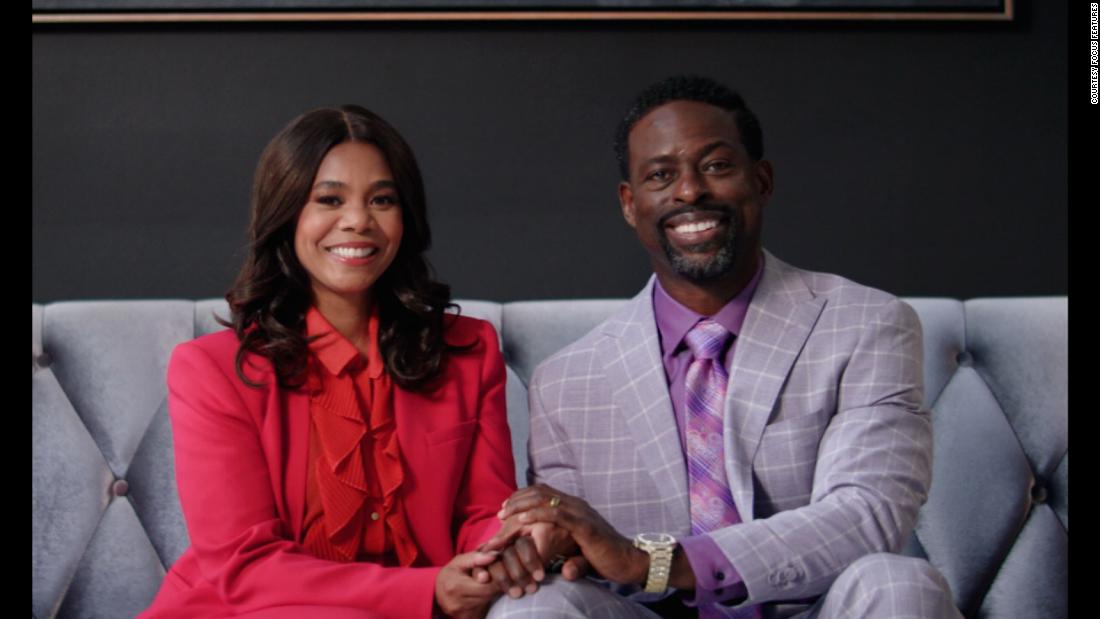 “Pastor Childs, are the allegations true?” Brown’s Pastor Lee-Curtis Childs is asked near the outset, while leaving the specifics of the scandal purposefully vague for much of the movie.

The details are actually relatively insignificant, as the relentlessly upbeat pastor and his wife Trinitie (Hall) work to rebuild their Atlanta megachurch, which once boasted thousands of parishioners, planning a triumphant reopening on Easter Sunday.

In what looks like an act of hubris, the Childs have also invited a documentary crew to tag along, fly-on-the-wall style, as they go about the process, although there are enough uncomfortable moments that they frequently find themselves speaking directly to the unseen filmmakers, asking them to leave out certain material.

That device represents the kind of thing that student filmmakers use, and writer-director Adamma Ebo — who produced the film along with her twin sister Adanne, the stars, Daniel Kaluuya, and Jordan Peele — might have dispensed with it in this format, though it does serve the purpose of forcing Brown and Hall to keep smiles plastered across their faces, while tension simmers just beneath the manicured surface as they see their empire slipping away.

Eventually, amid references to “the settlement” paid out to those wrong, they resort to roadside preaching, an indication of how far the mighty have fallen. They also watch their congregants flock to another church run by a younger couple (Nicole Beharie, Conphidance), which aren’t particularly good at hiding their interest in capitalizing on their competitors’ misfortune — what the former calls a “landfill of a circumstance.”

Having made its debut at the Sundance Film Festival, “Honk for Jesus” obviously has commentary about the transactional nature of certain religious outfits baked into the concept, showing off Pastor Childs’ flashy outfits and expensive shoes as evidence of those who profit off their flocks. But that broader aspect of the movie feels underdeveloped, focusing specifically on the central couple’s plight, and particularly the extent to which Trinitie will go, to quote the song, in standing by her man.

In that sense, the movie provides a solid showcase for Brown and Hall while establishing Ebo as a talent to watch, if not, in this setting, one who completely delivers.

“I am not a perfect man,” Pastor Childs concedes at one point.

While “Honk for Jesus” isn’t a perfect movie, give it praise for at least being an interesting one.

“Honk for Jesus. Save Your Soul” premieres Sept. 2 in US theaters and on Peacock. It’s rated R.

Greenpiece: A Failure to stop the chemicals comes full circle

Winter session of U.P. assembly to have three sittings

Winter session of U.P. assembly to have three sittings