How Biden can do right by undocumented Americans 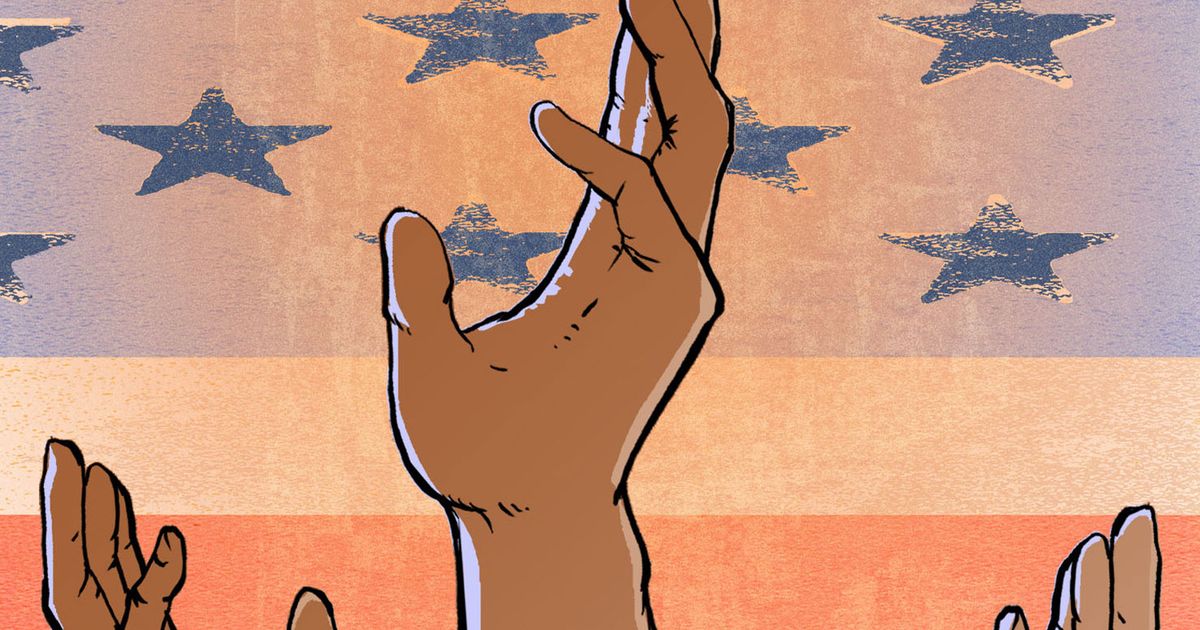 During Hispanic Heritage Month, which starts this week, President Joe Biden should skip the praise of our various cultures and cuisines. We know he can bop his head to reggaeton. We know the First Lady appreciates breakfast tacos.

What we don’t know is whether this administration has the courage to keep its promises to the most vulnerable Latinos: undocumented Americans, the ones who carry this country on their backs, who’ve built our highways and homes.

Latinos make up the majority of the 11 million undocumented people in the United States. They’ve borne the brunt of modern crises, like COVI-19D and climate change. As they clean hospitals, harvest our crops in extreme heat and care for other people’s kids and elderly parents, they’re living with compounded traumas from pandemic deaths and decades of family separations thanks to bipartisan deportations. All this has wrought unimaginable economic and psychological harm.

It’s time for our president to stand up for them. Tokenizing as this month has become, with corporate America turning Latinos into colorful merchandise, it was created with a noble purpose: to commemorate our contributions to this country. To honor that, Biden needs to use every executive action at his disposal to protect undocumented Americans, such as by granting legal status using parole power under section 212(d)(5)(A) of the Immigration and Nationality Act, which allows it if there’s “significant public benefit.”

Call it reparations. Reparations for the people who’ve endured irreparable harms while contributing relentlessly to our country.

About 74% of undocumented people, who also come from countries across Asia, Africa and the Middle East, work in industries that were recognized as “essential” during the pandemic. Sen. Alex Padilla (D-Calif.) introduced legislation to provide essential workers with a pathway to citizenship, but Congress has failed to act. Separate bills for farmworkers and people brought here as children passed the House but not the Senate. Other congressional efforts to help them stalled.

We need Dark Brandon at the immigration table, bringing the same zeal to protecting the community that former President Donald Trump brought to damaging it.

Biden has options, but he’s not using them. There’s the above-mentioned “parole” status for essential workers, which UnidosUS immigration policy expert Carlos Guevara called a “no brainer.” There’s precedent for that, such as for undocumented close relatives of military members. Other options include deferred action in the spirit of President Barack Obama’s Deferred Action for Childhood Arrivals (DACA) or Deferred Action for Parents of Americans (DAPA) programs. DACA is tied up in court due to a Texas-led lawsuit, and DAPA hit a roadblock at the Supreme Court in 2016. But that court decision did not set a precedent because the justices were split 4-4.

What’s stopping Biden from trying again? Cowardice? Caution? At whose expense? When the Department of Homeland Security issued a regulation to fortify DACA last month, it notably didn’t expand eligibility to include hundreds of thousands of youths who never qualified because they arrived after 2007. Why not fight for youths like Hanna, an undocumented 18-year-old whose last name I can’t use without endangering her existence in a country she’s called home since she was 4? She’s a “Dreamer” too. She told me she feels invisible.

Even more modest steps would make a world of difference. Marielena Hincapié, executive director of the National Immigration Law Center, is urging the Department of Homeland Security to issue guidance in collaboration with the Department of Labor to allow deferred action for workers involved in labor disputes. She told me that would be “game-changing.”

Undocumented people are overrepresented in industries plagued by workplace abuses. Employers have long preyed on them, using threats of calling ICE to stop them from reporting abuses such as wage theft and sexual harassment. What if Biden encouraged victims to come forward by promising them protections that could in some cases open the door to a work permit? He’s rightly urging California Gov. Gavin Newsom to sign a bill that facilitates unionizing for farmworkers, including those who are undocumented. The president should practice what he preaches.

There’s no shortage of ways he could be bolder. There was a time when Democratic leaders were openly promising to reunite people separated by Obama’s record-setting deportations. But mentioning those families became a faux pas after Trump created a new brand of cruelty.

If Biden flexed his executive powers to protect undocumented Americans from further deportations, it would cement his legacy as a warrior for the working class. It would lift all workers by reducing exploitation and raising the floor of the labor market: Legalization is a path to higher wages.

Finally, it could be life-altering for people like Maria Salinas, a 42-year-old Indigenous farmworker who harvests grapes as ashes rain down from wildfires. She was diagnosed with asthma after years of working amid pesticides.

Salinas has lived here since 2002, fearing deportation. Her children know no other country. She has prepared her U.S.-citizen daughter, age 15, to become a mother to her younger siblings in case Salinas and her husband are deported.

She longs to see her own mother in Oaxaca, Mexico. She hasn’t seen her in 20 years. But she can’t leave her children. She worries her mother will die before she can hug her again, like her grandmother who died from COVID.

Biden has the power to liberate her of the impossible choice between her children and other loved ones. “It’s my dream,” she said, “that some day, he will provide a work permit or permission to return to our land, to go see our relatives.”

She just wants to work and care for her family. Those are qualities we have always prized in our citizenry.

Some politicians have been so distracted by delusions of an “invasion,” they failed to realize that as they built their wall and racist immigration system, they were trapping millions of people who never intended to stay.

Like it or not, they’re American now. Our duty is to demand that the president use his authority to recognize that and set them free.


Jean Guerrero
is an opinion columnist at the Los Angeles Times. She is the author, most recently, of “Hatemonger: Stephen Miller, Donald Trump and the White Nationalist Agenda.”

The oldest Delhi school is older than Delhi