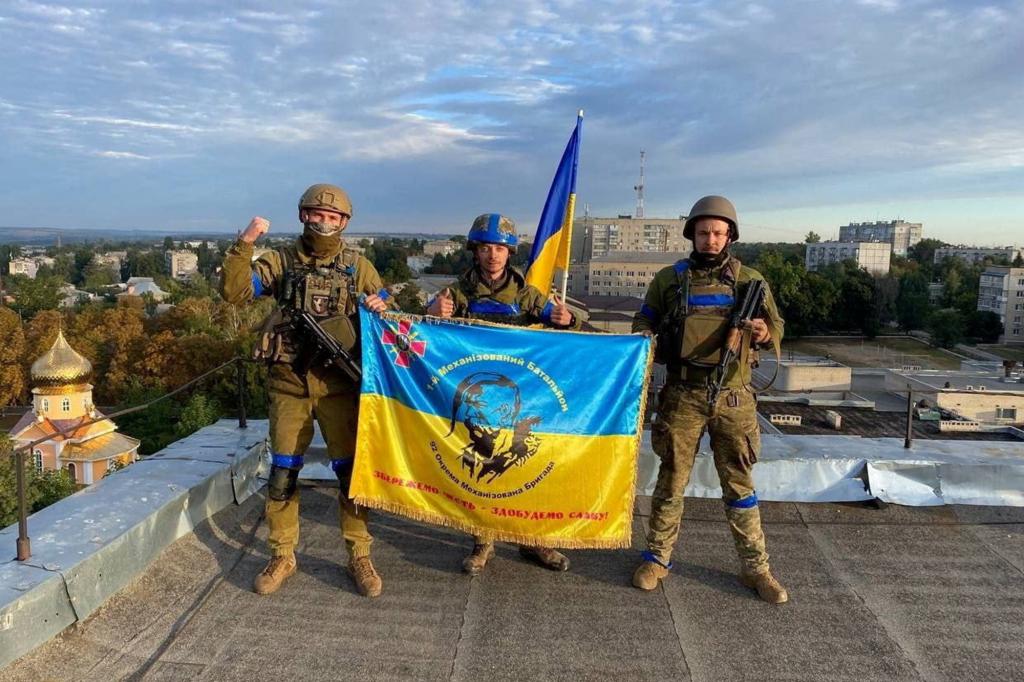 It was not difficult to see that, much like bankruptcy, a Russian defeat in Ukraine would likely happen slowly, and then all at once. Very few observers, however, saw it coming, all at once, this Saturday, when the Ukrainian army liberated in one sweeping offensive as much land as the Russians had captured since April.

To be sure, the war is far from over. Undoing Russia’s territorial gains in the South — not to speak of liberating the two self-proclaimed “people’s republics” of Luhansk and Donetsk, as well as Crimea — remains a tall order. However, as the recent news from the battlefield shows, it is not an impossibility.

Following weeks of methodical attrition of Russian logistics, munitions depots, and command posts along the frontline (and sometimes in Russia itself), Ukrainian forces have driven the Russian invaders out of the country’s northeast, liberating more than 1,000 square miles of Ukraine within a couple of days. The Ukrainians advanced at dizzying speed, stopping only at the Russian border. There are reports of Russian troops abandoning their equipment and fleeing in any way they could, indicating a complete breakdown of the Russian chain of command in the area.

How did Ukraine pull off such a feat?

One obvious reason is Ukraine’s patience and the use of deception. Throughout the summer, the Ukrainians were signaling their intention to launch a counteroffensive in the south, aimed at retaking Kherson. The intensity of its artillery attacks, including those targeting Crimea, was consistent with such plans, as were the advances that Ukrainian units were making toward Kherson, raising a real prospect of encirclement of Kherson’s occupiers.

The Kherson offensive has not been a mere distraction — the progress that the Ukrainians have made is real, as are the risks to the Russians in the area. Russia’s mistake, however, was the concentration of its forces in the area at the expenses of its defenses elsewhere. Ukraine’s extraordinary victory in the northeast was predicated on shockingly thin Russian defenses — as opposed to a multitude of layers of combat troops behind the frontline.

The second reason for Ukraine’s success is the overall weakness of the Russian invaders — a testament to the success of Ukraine’s previous tactics aimed at slow, methodical degradation of Russian forces, their command structures, and logistics. From their deployment of modified consumer drones to collect information and drop grenades on unsuspecting troops, through the hacking of Russian drones, to setting up fake social media profile of attractive women to lure Russian troops into exposing the locations, the creativity of Ukrainian tactics has been several notches above what the invaders might have expected.

Today, it appears that the Russians are unable to maintain proper troop rotations, leaving exhausted, underequipped soldiers in place, while the Ukrainians are deploying fresh units. Russian leaks concerning compensation payments to families of killed soldiers indicate that perhaps as many as 50,000 have been killed in action — in addition to others who have been wounded or are missing.

Russia’s military is no Red Army. Some estimate that 80% of all Russian forces have already been deployed in the conflict. In any event, there are no Siberian divisions waiting to be sent to the front in the coming weeks. Thanks to US and Western aid, furthermore, the Ukrainians now enjoy the technological edge.

It is striking, for example, that in spite of a seeming numerical advantage, the Russian air force made no attempt to respond to Ukrainian advances. Likewise, the news of Russian purchases of Iranian drones and North Korean artillery shells indicate the level of desperation that Russia’s military has reached.

A mass mobilization is unlikely to solve the Kremlin’s problem — undertrained and underequipped infantry is unlikely to sway the balance of power on the battlefield toward Russia. Meanwhile, mobilization carries dramatic political risks for Vladimir Putin at a time when he is already facing the ire of nationalists on social media, and surely of the country’s oligarchs — not to speak of ordinary Russians.

Perhaps China could help. Yet inviting Chinese military assistance would come at a steep price tag as it would require Beijing to defy the existing sanctions and precipitate a new confrontation with the West.

Again, much more needs to be done to restore Ukraine’s territorial integrity. The Russians will surely try to respond — perhaps by “yanking units away from Kherson to stem the tide surging east from Kharkiv,” as my American Enterprise Institute colleague Giselle Donnelly notes. But doing so is very risky for a railway-based army like Russia’s, exposing it to Ukrainian precision artillery and irregular fighters.

Russia’s monumental defeat in the Kharkiv area provides momentum that Ukraine and the West must build on. Destroying the concentration of Russian forces in Ukraine’s south, from Kherson to Donetsk, means setting Russian imperialist ambitions back by a generation. That is not only in the interest of Ukraine, but also of the United States and the broader transatlantic community. No expense should be spared in providing the Ukrainians with what they need to finish the job.

Dalibor Rohac is a senior fellow at the American Enterprise Institute in Washington DC. Twitter: @DaliborRohac.